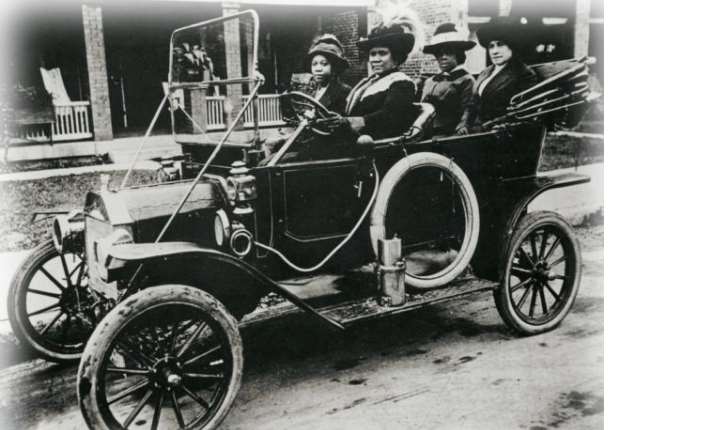 We would all like to be ground-breakers, pioneers.  It’s not a trait someone can ignore or fail to appreciate.  And one of the most amazing ground-breakers of all, the first self-made African-American female entrepreneur, was Madam CJ Walker.

Imagine, at the dawn of the twentieth century, defying one’s station in life and shattering ceilings the way Walker did.  She began hand-crafting hair-care products and began selling them throughout her extended area, turning to her daughter for help.  Eventually, she opened a factory in Indianapolis, which came complete with a school to train her sales associates.

To shorten the story a little, she eventually turned this business of selling ointments and creams for healthy hair into an empire, and in the process, became a millionaire (and this was a hundred years ago) and a philanthropist.

So, what values and ideas did CJ Walker put into play?  How does one think and act like her?

Madam CJ Walker started her career selling hair products for an entrepreneur named Annie Turnbo Malone.  It was there that she found some inadequacies in what she sold and found that the needs of African-American women in the area of hair products were different, and that new products needed to be developed.  It’s important thing to remember when looking at people who are successful and self-made—the idea they had in the first place.  Whatever one might say about tenacity or drive, there’s also flat-out intelligence and vision.  Start your quest there.

Walker always says she got her start by giving herself a start.  Her early career involved traveling great distance to sell, and it also involved setting up an involved infrastructure to make things run her way.  From there, just a few years after getting the home base in Indianapolis running, she branched out as far as the Caribbean and South America to expand.  You can see at work a raging and intense ambition.  It’s one thing to try to buy up a bunch of web apps, but to board a ship and set things up from the ground up is admirable.

One of the noteworthy things about Madam Walker’s story is that she was so far ahead of her time.  She came from the South, born just after the end of slavery, and built herself to heights that would’ve been thought unimaginable.  She didn’t have much in the way of role models or people who had come before to help make the way easier for her.  When one looks at the story of Madam CJ Walker, one has to think it’s the story of someone who saw a need and acted on it.  She made her observations about needs in hair care for African-American women and went for it with no need for a road map.  In so doing, she helped make the map.

If you’re looking to think and act like Madam CJ Walker—there you go!