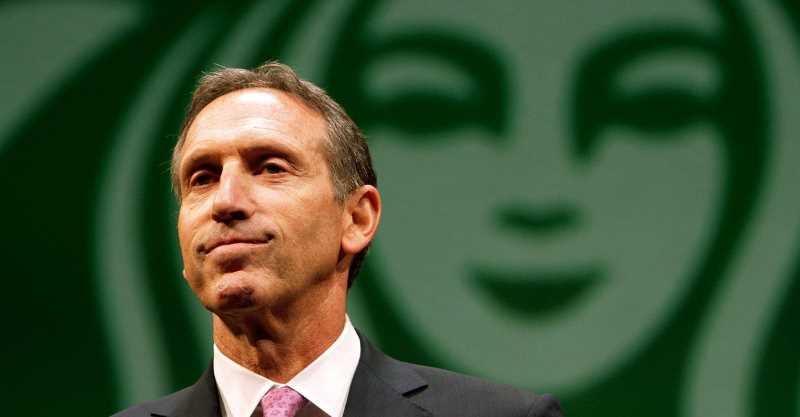 Take Some Cues from a Successful Entrepreneur.

Howard Schultz has come a long way from the Bay View Housing Project in Brooklyn, where he grew up in the 60’s. He is now the CEO of Starbucks, the ubiquitous coffee shop that is now conquering Europe and Asia. In between, he toiled as the VP of Hammerplast USA. The firm made Espresso machines, selling an awful lot of them to a Seattle coffee company named Starbucks.

Before long, Schultz bought out Starbucks turned the business into a coffee bar with what were then relatively obscure beverages such as latte and cappuccino.

One can’t build an empire like what Starbucks has become without understanding a little something about the mindset behind it, the way Schultz thinks. So, here’s a look at a few of his key ideas.

The Golden Rule of Retail

From day one at Starbucks, Schultz wanted his employees to provide excellent customer service, and he realized the best way to ensure this was to treat them the way he’d want them to treat customers. Therefore, not only was he sure to thoroughly train them and make them feel like professionals, but he wanted to ensure all his employees were treated with respect by their supervisors.

The Company His Father Never Had

Entrepreneurs have to decide which values go into their business, and it can’t simply be to make money. Where do we get the ideals that create a special product, the sort of brand that excels like a Starbucks? For Schultz, it was growing up poor in Brooklyn, watching his father struggle without health insurance. Therefore, one of the biggest changes he implemented was to give his employees health benefits. This, naturally, decreases turnover, and is believed to have created loyal and motivated employees. In addition to that, he offers stock options to his crew.

Schultz is one of the most contemplative businessmen in the world. It’s no accident that his brand has flourished so immensely. Schultz’s philosophy centers around generosity. He doesn’t try to pinch pennies and sell products for the lowest prices possible as a way of getting ahead. He doesn’t skimp on employee salaries. Instead, he is committed to creating and excellent experience for all involved, and experience that he envisions clearly and thoroughly. And, in fact, you could say his philosophy is based on generosity.

In an effort to deliver a community experience to the customer, Schultz strives to deliver the best in décor and comfort and to introduce customers to new styles of music. And of course, coffee and food.

His philosophy is based on strength of character, setting lofty goals and being ready to do back-breaking work to succeed. Those wishing to think and act like Howard Schultz will have to be committed to courage, risk-taking, and persistence. However, this also includes setting self aside, projecting confidence when feeling insecure, taking employees under one’s wing and making yourself responsible for their success.

Technology has changed the way businesses operate and the increasing use of data is yet another way in which tech is revolutionising industries. Now … END_OF_DOCUMENT_TOKEN_TO_BE_REPLACED

In the growing internet of things, security is becoming a much more serious concern for businesses. Nowadays it feels like everything is connected to … END_OF_DOCUMENT_TOKEN_TO_BE_REPLACED

If you are an international student studying abroad, it can often be a rough experience. You are in an unfamiliar setting and are away from your … END_OF_DOCUMENT_TOKEN_TO_BE_REPLACED