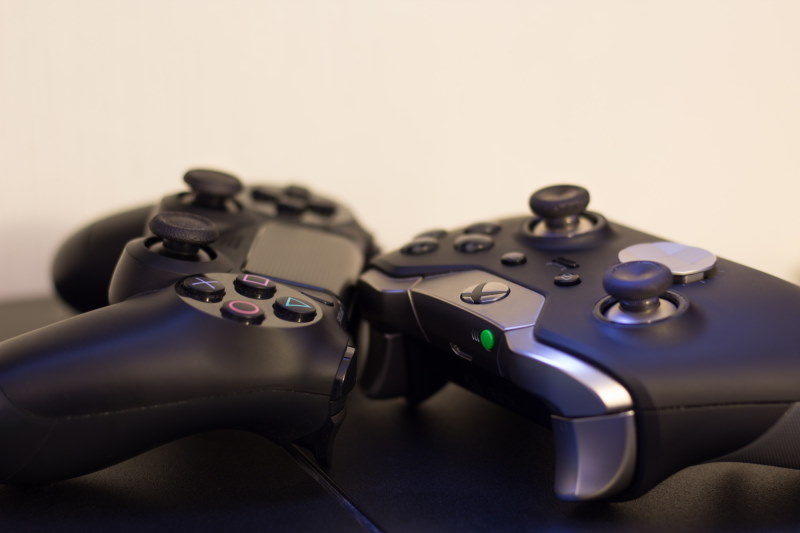 This year is going to be a great one. With so many people spending an extended period of time at home with nothing to do, the release of the PS5 and Xbox Series X is going to be a breath of fresh air.

In premise, both consoles are highly competitive with each other, as they always were. But there are some things that really separate the two this year.

In this article, we will cover some of the things you need to know about Playstation 5 vs Xbox Series X so that you can make an educated decision upon which to buy.

If you’d like to find out which is right for you, keep reading.

This year, both companies have taken a very unique approach to the design of their console.

The PS5 has a very elegant look with a shapely white form surrounding a block core. Two blue lights are coming down the front of the console. Most likely to signal upon the status of the console itself. The console will come with a 4K Blu-ray drive, but there will also be a version without the drive.

The Xbox Series X has a more subtle approach, looking quite a lot like a mini-PC. For those worried that the vertical design of the Xbox will prevent its portability and playability, you don’t have to be. The console can be placed on the side and will fit most dimensions of regular entertainment setups.

While the new design of the Xbox is a sharp variable from the past designs, the controller will remain the same for the most part. However, they have decided to add a share button that will make it easier to make screenshots and capture videos. You can have a following on your Xbox account. Learn how to get more Xbox followers in advance.

Whereas, PlayStation has reimagined the DualSense design with (to be frank) an Xbox-oriented look. Before we cover the color scheme, the shape of the controller looks a bit more chunky and angular. The shoulder buttons have also been redesigned, allowing for better haptic feedback.

At first sight, it might look like the analog sticks are the same, but the edges seem to be similar to that of the Xbox One. They also appear to be closer.

The controller seems to ditch the traditional color-coded buttons and has gone for a greyed outlook. Elsewhere, the button for sharing has been replaced with a creation button. The lightbar is integrated around the edges of the touchpad and a new microphone implementation has been added to allow chatting without headsets.

Sony has announced that the next-gen console will be entirely compatible with all of the PS4 games. The console will also go through a gradual process of cross-releases.

However, it’s unclear whether or not the PS5 will apply upgrades to the game titles as the PS4 did with boost mode, allowing for greater performance without the necessity for patches. If this does happen to be true, it will be great news.

A patent has been filed by Sony that hinted the PS5 for backward compatibility not just for the PS4, but also for all past Sony platforms. This is not certain, but the speculation is persistent.

Microsoft has come to develop even more accurate compatibility. You will be able to play any video game title from any of the past Xbox consoles. PS5 might be able to match this, but it’s not certain.

A lot of the old PS2 titles have been popping up in the PlayStation Store, so it might be a sign that they are working hards towards developing a powerful compatibility feature.

Microsoft has also developed a Smart Delivery feature that allows players to get upgrades on previously owned games from old platforms. Some of the games confirmed are Assassin’s Creed Valhalla, Cyberpunk 2077, and much more.

Game Pass Ultimate which comes with Live Gold (used for online playing) and Game Pass PC costs $14.99 each month. You can get your first month for a single dollar.

If you’d like to pay for a regular pass, it’s $9.99. However, you will need Live Gold at another $9.99 to play online. Game Pass Ultimate is the best value-oriented packaged, it comes with over 100 games for free.

They also offer both consoles under an All Access plan. For the Series X at $34.99 and $24.99 for the Series S, you can get the console itself and the Ultimate Game Pass.

After two years, you own the console, and you can continue the game pass if you like. This option is cheaper than buying the consoles separately and getting the pass as well.

In addition to the consoles, each game might cost you over $60. Some publishers have mentioned higher prices over past-generation titles.

The PS5 will cost $499.99. The digital edition without the disk drive is $399.99. PS Plus is needed for online playing, and it will also provide access to many games for $9.99 or a mere $60 per year. They have not announced payment plans that compete with All Access.

Like Microsoft titles, PS5 games will also cost over $60. You can always save money by looking for second-hand games, but that’s only if you buy the console with a physical drive.

Now that you have witnessed the combat between Playstation 5 vs Xbox Series X, you can finally determine which is best for you. As you have gathered, there isn’t much difference between the two and it comes down to personal preference.

However, on the premise of value and features, the Xbox is winning so far. We will see how it fares upon release dates.

If you’d like to learn more about tech, read some of our other content on the sidebar or below.