Home / Blog / Everyone Wants to Get Fired By Facebook 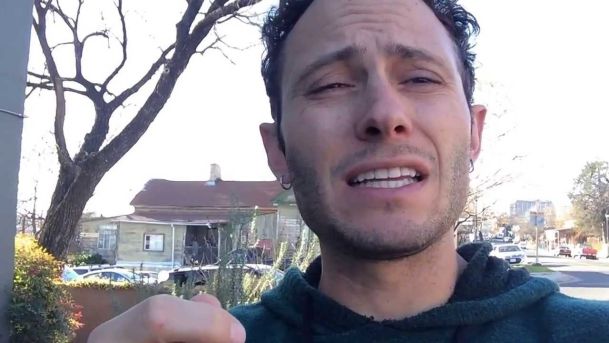 How Else Can You Learn What Noah Kagan Learned?

Noah Kagan stood on the balcony of what had been his Palo Alto home, chain-smoking.  He had a barbecue on tap later, but he’d be moving out in the morning.  To the West, the gentle hills and their beige grass, where hikers trek past Stanford’s big radio telescope.  To the East, Google headquarters.

Behind Kagan, a job he loved: at Facebook.  Ahead of him: how the hell did he know?  Sleeping on a friend’s sofa for starters.

He’d been fired from Facebook in part for spilling too much information about the company, much of it on his personal blog.  He’d been warned by the Big Z.

A decade later, Kagan is a much-admired entrepreneur, most known for being the founder of App Sumo.

What happened in between?

Kagan went into a day job after being bounced from Facebook.  But before long he founded Kickflip, a facebook app, which then morphed into Gambit, a payment system for social games.  Kagan says that he and his pals slammed out the original, ready-to-launch version of Gambit in just one weekend.

Then Kagan had another run-in with his nemesis, Zuckerberg.  The Facebook big man pulled the plug on Gambit’s usage on the social networking site after Scamville, which involved many Zynga and other games offering currency to users for opt-ins that were against Facebook policy.  Gambit’s crime was slightly different, running tobacco and gambling ads.  While many insiders felt Gambit was one of the most minor offenders, Facebook banned it.

This nearly crushed the company.  Yet, Kagan was able to bounce back.  He built Gambit back into a powerhouse, rolling up his sleeves and doing the hard work.  One tale goes that Kagan once got a sales meeting with an avid runner by offering him a year’s worth of running magazines in exchange for a sales meeting.

No doubt about it, by the end of the aughts, Kagan knew how to sell.  He knew how to grow a company.  He was aggressive and resourceful.  But he wanted more.  His next startup was the one that broke it all open for the entrepreneur: AppSumo.

AppSumo is a daily deals app, which means it’s in the same genre as Groupon.  As with everything that helped build Kagan’s empire, this app came from a restless imagination on Kagan’s part.  Kagan wanted to see if he could leverage a deal to have signups for a pro version of Imgur, the free version of which he’d noticed on reddit.

From there, Kagan came up with other analogous ideas and outsourced the development of the app for $60.  While he had experience with a startup and with funding, and while he was a veteran of Silicon Valley, Kagan didn’t hit up a bunch of investors, but instead bootstrapped the business.

Because he was aggressive and was a savvy salesman, Kagan was able to snag a lot of companies with whom to partner for deals for Sumo.

Kagan has a lot of very useful thing to teach any entrepreneur.  First off, he is the embodiment of tenacity.  Not only did he have the ability to bounce back after his initial snafu with Facebook, but he came back even harder.  His career has been composed of escalated ventures, each one more ambitious than the last.

And that brings us to the other thing that is there for the learning in Kagan’s exploits: he learned lessons.  From reading his blog, one can see that he’s able to face what he did wrong at Facebook and not to simply blame it on someone else.  Clearly, he took things he learned and used them in his future ventures.  It seems that to Kagan, a defeat, setback, or shot to the chin always yields positive results on the other end when he learns how to do things differently the next time.

It’s something we promote on frugalentrepreneur.com a lot, learning from one’s mistakes and going from initial failure to big bucks.  Too many entrepreneurs have done it for one to ignore.

Your business means a lot to you.You started it.  You may have even conceived of the entire concept. It may be, in many ways, original to you.  One … END_OF_DOCUMENT_TOKEN_TO_BE_REPLACED

SEO and social networking best practices to increase your traffic. Building and developing your blog or website (click here to see how this works … END_OF_DOCUMENT_TOKEN_TO_BE_REPLACED

In this day and age, cyberattacks are a real threat. Businesses, both big and small, are vulnerable to malicious activities, yet only the wealthiest … END_OF_DOCUMENT_TOKEN_TO_BE_REPLACED