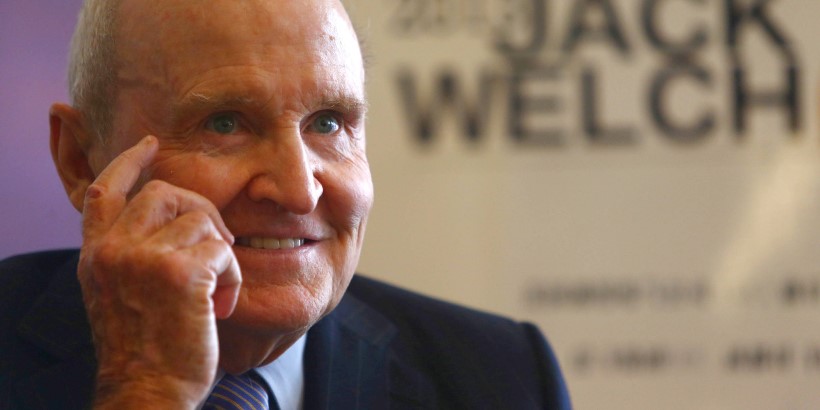 Jack Welch is a winner.  The former CEO of General Electric knows how to bring in the bucks.  By his 2006 retirement, Welch had a net worth of an estimated $720 million.

What’s so inspiring about Welch is he didn’t come from a wealthy family and wasn’t handed any lofty positions on a silver platter.  Welch started as an engineer for G.E. is 1960 and worked his way to mega-riches.  Here are 8 of the most inspirational quotes from Jack Welch.

1. “Good business leaders create a vision, articulate a vision, passionately own the vision, and relentlessly drive it to completion.”

2. “Willingness to change is strength, even if it means plunging part of the company into total confusion for a while.”

3. “Control your own destiny or someone else will.”

5. “You got to be rigorous in your appraisal system.  The biggest cowards are managers who don’t let people know where they stand.”

6. “Giving people self-confidence is by far the most important thing that I can do.  Because then they will act.”

7. “I’ve learned that mistakes can be as good a teacher as success.”

8. “An overburdened, overstretched executive is the best executive, because he or she doesn’t have the time to meddle, to deal in trivia, to bother people.”

In the growing internet of things, security is becoming a much more serious concern for businesses. Nowadays it feels like everything is connected to … END_OF_DOCUMENT_TOKEN_TO_BE_REPLACED

If you are an international student studying abroad, it can often be a rough experience. You are in an unfamiliar setting and are away from your … END_OF_DOCUMENT_TOKEN_TO_BE_REPLACED

CRM systems represent the future of smart digital marketing practices. How? Because any company that loses more money than the total amount of revenue … END_OF_DOCUMENT_TOKEN_TO_BE_REPLACED