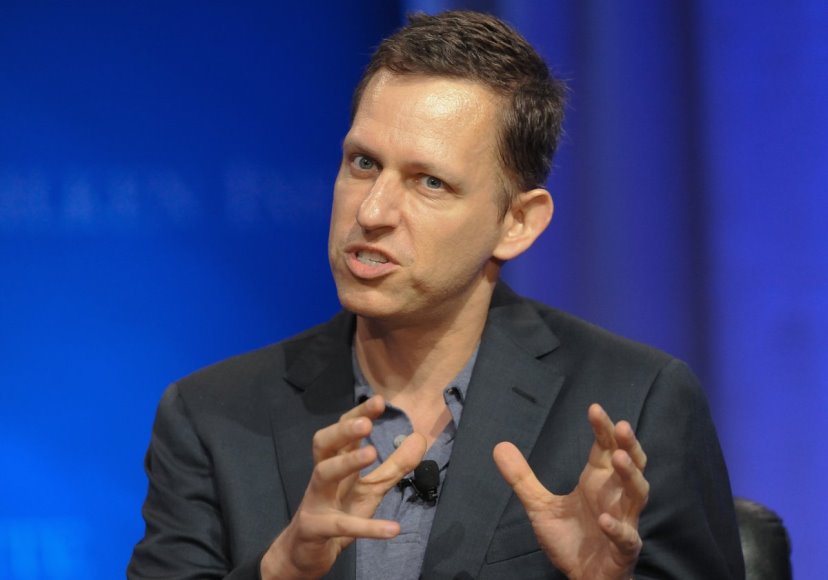 Peter Thiel is one of the most brilliant businessmen around today.  He’s a Silicon Valley juggernaut beyond a shadow of a doubt.  He was one of the co-founders of Paypal and an early investor in Facebook.  His stable of talent that helped him build Paypal include such luminaries as Elon Musk, Reid Hoffman, Steve Chen, Jeremy Stoppelman and Russel Simmons.

Thiel majored and philosophy, and he has many, many interesting ideas about business, and, indeed, about life.  Here’s how to think and act like Thiel.

The zero to one concept means taking an idea from non-existence to something. Something that works in some way.  What you don’t want to do is go from 1 (an existing concept) to 100 or 200, etc.  Building on Paypal, making a bigger, better Paypal after someone else invented it is not the idea.  Thiel believes the idea every businessperson should aspire to is looking at a big goose egg and figuring out how to turn it into something.

Thiel has his infamous 20 Under 20 program, through which he offers 20 whipper-snappers a hundred thousand dollars each if they’ll quit school and launch a tech start-up.  This maverick attitude epitomizes what Thiel is all about: bucking conventional wisdom, throwing caution to the wind, getting wherever you’ll get through just trying.

Challenging yourself that much farther is key to Thiel’s philosophy.  This prompted him to once say that if you win the Gold Medal in swimming, your next move should be to quit swimming.  Easy to say for someone who can light cigars with 500 dollar bills, but in truth, Thiel did get where he is by risk-taking.

Thiel’s unique greed is for knowledge and ideas.  He isn’t interested in rushing to the conclusion of how to take a particular idea and turn it into cash.  Instead he wants to think about all the intellectual juice that can possibly be squeezed from any idea.

He’s a libertarian, and that ideology finds its way into his ideas.  It’s no accident that he is known as having unique and useful ways of looking at just about everything, and that his new book Zero to One: Notes on Startups or How to Build the Future is thought of by many in the business community as a wonderful life manual in addition to being a business treatise.

Thiel began as a titan of tech, an inventor and CEO.  Now, he’s an investor.  Just as Phil Libin emphasizes that having an idea is only part of the battle, when looking for an excellent investment, Theil feels the idea is only part of it.  What he really looks at is the person with the idea.  For Thiel, it’s all about how trustworthy the entrepreneur is, as well as how much fire he possesses.  After all, going form zero to one isn’t for just anyone.

Don’t Be a Sellout

A big piece of advice that Thiel has for entrepreneurs is to hold on to a successful firm until it has built an obscene net worth—and he means more than 50M.  That’s just not enough to sell for, if you ask him.  He calls the $50M exit small potatoes, something for sissies.  It’s a tough idea for a lot of people to accept, as are many of Thiel’s.  Is it easy to act and think like him? Absolutely not.  That’s why he’s Peter Thiel.

The outspread of Covid-19 has proven problematic for businesses worldwide. Many had to shut down operations because of prevailing losses, while others … END_OF_DOCUMENT_TOKEN_TO_BE_REPLACED

Getting a promotion or gaining extra qualifications should increase your earning power, so why does your budget seem to take a hit every time you take … END_OF_DOCUMENT_TOKEN_TO_BE_REPLACED

Access to capital is a big problem that entrepreneurs face when starting their business. Although there are other issues involved when launching a … END_OF_DOCUMENT_TOKEN_TO_BE_REPLACED