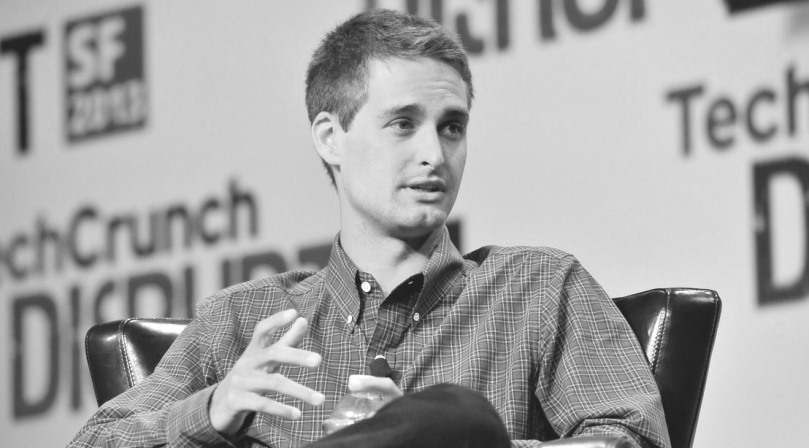 Spiegel Has a Reputation for Fighting for Reputations.

Like Mark Zuckerberg, Mark Cuban, and Sean Parker, Evan Spiegel is known for his quirks and interesting personality than for his amazing business acumen.  Like those others, Spiegel has an orchard of money trees in his back yard.  But is the Western obsession, and if someone’s a bit of a prima donna, that’ll be an area of focus.

Therefore, a major narrative on Spiegel focuses on s having been obscenely rich as a kid and a decadent, obnoxious frat boy in college.  He’s known as arrogant and rude, but if one wants to focus on results, he’d get nothing but rave reviews.

The Snapchat founder is still holding onto his company—having turned down a $3B offer from Facebook, and reportedly still lives with his dad.  If you think you have the moxie to think and act like   Evan Spiegel, here’s how.

A Trend Creates a Need

Zuckerberg figured out that people wanted to be connected.  People connected.  Then they found ways to embarrass and exploit one another.  They found ways to fire or not hire one another due to Facebook indiscretions.  Spiegel was smart.  He realized the idea was not to keep doing more Facebook, more connecting, just hoping that some of people’s objections went away.  Rather, he addressed the problems and developed a business to cash in on them.

Snapchat is all about disposable, self-destructing photos.  Spiegel looked at what was wrong with social media, what could go wrong, and he designed a business after it.

Famously, Sun Tzu’s tome The Art of War counsels the would-be warrior to know his enemy.  This isn’t “keep your friends close and your enemies closer,”  but instead, the advice to get into the head of your enemy.  Well, as the story goes, not long after a meeting with Mark Zuckerberg, Speigel distributed a copy of the book to his employees.  He wanted the crew to look at the idea of hitting an employee at a place of weakness, and this certainly doesn’t include selling your company to that (perceived) enemy.

Spiegel is all about integrating online and offline worlds.  He rejects the idea of using social networking as some sort of gallery for offline exploits.  What is it, then?  Well, dovetailing with what snapchat is all about, your online life can be smoothly integrated with your “real” life.  This means putting up pictures of things as they unfold, not creating some sort of online persona.

This means something else very important: it means a candid, unfliltered online life, shared with people you trust.  It’s not about showing off or tailoring a gallery, but allowing people to watch things with you as they unfold, since the pictures can’t be saved.  It’s absolutely a new way of thinking about online life, clearly at odds with the philosophy behind facebook.

Spiegel knows why he does the things he does.  He’s had a simple career, perfecting his business rather than branching out into field after field.  His reputation isn’t pristine, but reputation problems are what he’s based his career on.