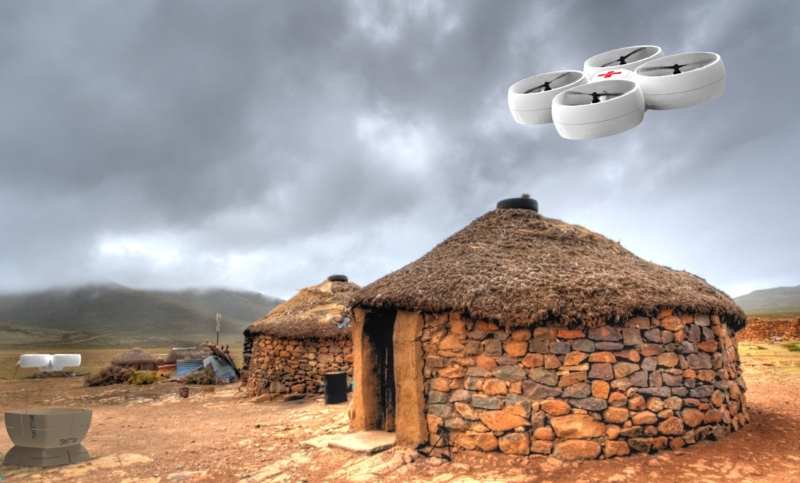 The late Steve Jobs is much beloved because he made our lives better with the i-pad.  But Fred Culbertson, CEO of Aerial Drones may have a way of helping us in a much different way: eradicating mosquitos.

Culbertson’s Condor Aerial has found a use for drone aircraft that may amount to a serious public health benefit.  He is still in the demonstration mode, but his two-pound drones are meant to hunt mosquitoes in the Florida Keys, after which the pests will be sprayed with poisons that will keep their populations down.

Mosquitoes thrive after storms or high rains, when tides are highest.  There is stagnant water, and it is here where eggs are hatched and thrive.  Enter Culbertson’s drones, which use the surveillance powers for which the craft are infamous to spot mosquito eggs.  Helicopters are then dispatched for the spraying.

There are many small business uses for drones, and it’s becoming increasingly clear that some of these reside in the health sector.

Another wonderful example of a small business aiming to put drones to valuable use in health areas comes from an entrepreneur named Andreas Raptopoulos.  He was “inspired” by a demo of Domino’s delivering pizzas by drone, but not in the way you might think.  He felt it was a frivolous use and set about to find much better applications of delicate, sometimes risky technology.  Why not use it to save lives?

Therefore, Raptopoulos developed a start-up called Matternet, which attempts to transport matter—medical suuplies—to places where there aren’t reliable roads.  Raptopoulos is first targeting aid agencies, with pharmacies on deck.  He feels that this is a major change from robotics companies first targeting the military.

A similar use comes from Team Rubicon, a relief organization working in the Philippines in the wake of Typhoon Haiyan earlier this year. The team used a Huginn X1 unmanned aerial vehicle to take aerial shots and thus chart routes to hospitals which otherwise would be impassable due to damaged roads.

Here are some other ways in which drones could be used for health-related aims:

to deliver food or vaccines

Clever startups can carve a niche developing and providing some of the technologies to power these aims with the efficiency only small businesses can achieve.  One of the big issues with the advent of drones in this area is the development of the technology.  Non-profits and other similar entities are seeking grants to make their humanitarian visions a reality.  There may be avenues for businesses to score victories in developing the appropriate capabilities.

If nothing else, there clearly is an avenue for startups to manufacture the drones themselves and to market them to hospitals and others in medical professions.  Now is the time to be ahead of the curve, and turning one’s attentions to uses that can make people’s lives better is as worthy a goal as any.

The exterior of your home plays an essential role in making either a good or bad impression. For instant curb appeal to buyers and visitors, you need … END_OF_DOCUMENT_TOKEN_TO_BE_REPLACED

For any business that has already invested in a blogger outreach campaign, were you able to reach your goals this year? How confident are you that … END_OF_DOCUMENT_TOKEN_TO_BE_REPLACED

It has been proven with time that we are what we eat, read, think, and how we spend most of our time. With time, we have witnessed the famous … END_OF_DOCUMENT_TOKEN_TO_BE_REPLACED