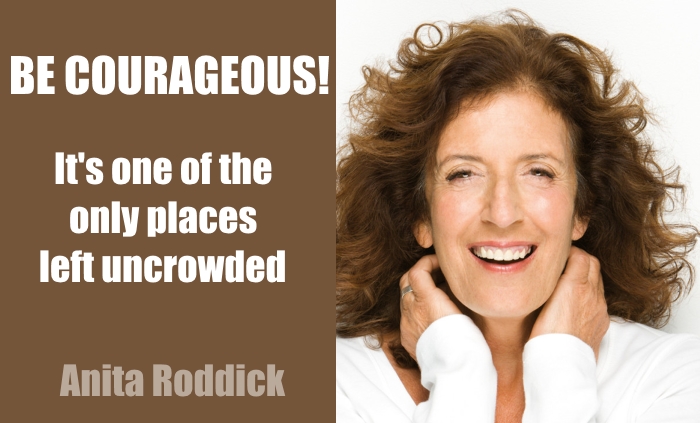 Anita Roddick was not only a top-flight animal rights activist but also a tremendous humanitarian.  On the animal-rights front, her cosmetics company, The Body Shop, had a firm and inspiring commitment to outlawing the use of animal testing.  On the humanitarian front, the same company made great strides in promoting fair trade with third-world countries.  The successful entrepreneur also worked with Greenpeace and founded Children on the Edge.

The daughter of immigrants and huge James Dean fan, Roddick founded The Body Shop in 1976 and ultimately opened more than two thousand stores before her 2007 death.  Here are 8 inspirational quotes from Anita Roddick to get you going.

1. If you do things well, do them better.  Be daring, be first, be different, be just.

2. Consumers have not been told effectively enough that they have huge power and that purchasing and shopping involve a moral choice.

3. I believe in businesses where you engage in creative thinking, and where you form some of your deepest relationships.  If it isn’t about the production of the human spirit, we are in big trouble.

4. The end result of kindness is that it draws people to you.

5. I am still looking for the modern equivalent of those Quakers who ran successful businesses, made money because they offered honest products and treated their people decently…This business creed, sadly, seems long forgotten.

6. Nobody talks of entrepreneurship as survival, but that’s exactly what it is and what nurtures creative thinking.

7. Potential entrepreneurs are outsiders.  They are people who imagine things as they might be, not as they are, and have the drive to change the world around them.   Those are skills that business schools do not teach.

8. It is a critical job of any entrepreneur to maximize creativity, and to build the kind of atmosphere around you that encourages people to have ideas.  That means open structures, so that accepted thinking can be challenged.