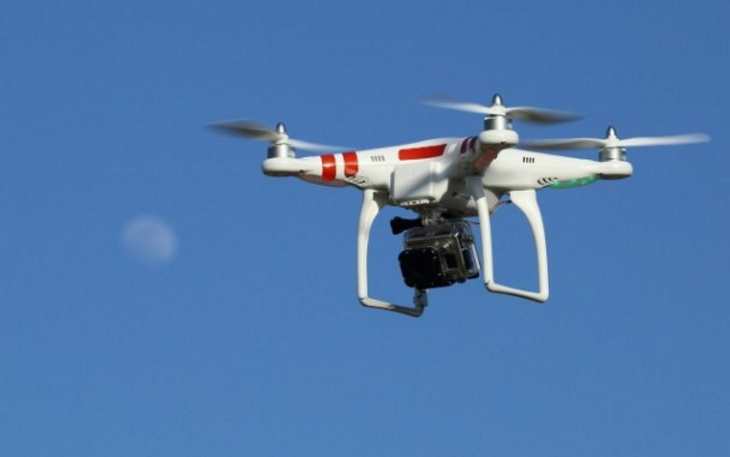 There are Many Creative Ways.

Little buzzing things in the sky that look like an old-fashioned hobby are called drones, unmanned aircraft.  Yes, these are, fundamentally, the same machines as the controversial planes that have gotten the Obama admin in some hot water.  But they can be put to a wide array of uses, and yes, they can help entrepreneurs make money.  So, how can you and your startup make money with drones?

If you’re an entrepreneur and you’ve seen a banner advertisement tugged behind an airplane, you’ve thought, “I wonder how much the company gets for those ads.”  You’re not a pilot and you’re not sure about hiring one, insuring the plane, all that.  But could you have an unmanned plane do the bannering for you?

Guravjit Singh of Philadelphia, has started a company called DroneCast, to do that very thing.  Having been featured on NBC and ABC isn’t going to hurt demand any, and that shows the promise of getting into something as innovative as the drone economy.

With his company Aerial Raiders, Luke Pierzina shoots videos of weddings, snowboarders, and real estate using a 5-pound aircraft.  Right now, one of the most lucrative uses of aerial photography shot by drones is in real estate, but everyday opportunities like weddings and entertainment-based video show some promise as well.

Who could resist the opportunity to have a pizza or DVD’s delivered by a robot plane?  Your business would be bound to get a lot of customers in the spirit of curiosity and adventure.  You do have to keep on top of current regulations and get yourself ready to go.

There are endless creative uses for unmanned aircraft.  But there’s also the simplest idea, and that’s selling them.  Chris Andersen, former Wired editor, has started a company doing just that.  The company sells three multicopters and a plane.

The first multicopter is called the Iris, a small black insect with blue appendages.  It’s made for photography and retails at $750.

Next comes the Y6, lightweight and Y-shaped, with an autopilot system called Pixhawk.

The Aero is the plane in the line, shaped just like a small piloted airplane, and with telemetry and a radio control system.

As regulation loosens up and as ideas for drone businesses really get flowing, there will be a booming market for the aircraft themselves.

Further, there’s the software enabling drone flights.  A company called Airware makes what it terms aerial information platforms that are meant to make drone flight safe, which is still a bit of a concern.  Their software is meant to integrate sensors, payloads and app-specific software.

All-in-all, drone aircraft are for the adventurous and innovative.  It’s a brand new industry, with the attendant risks and rewards.  But a forward-thinking businessperson would be remiss to not look into it.

Business owners in the retail industry know how hard it's been in America lately because of the first pandemic in over 100 years. With Covid-19 … END_OF_DOCUMENT_TOKEN_TO_BE_REPLACED

Your business means a lot to you.You started it.  You may have even conceived of the entire concept. It may be, in many ways, original to you.  One … END_OF_DOCUMENT_TOKEN_TO_BE_REPLACED

SEO and social networking best practices to increase your traffic. Building and developing your blog or website (click here to see how this works … END_OF_DOCUMENT_TOKEN_TO_BE_REPLACED