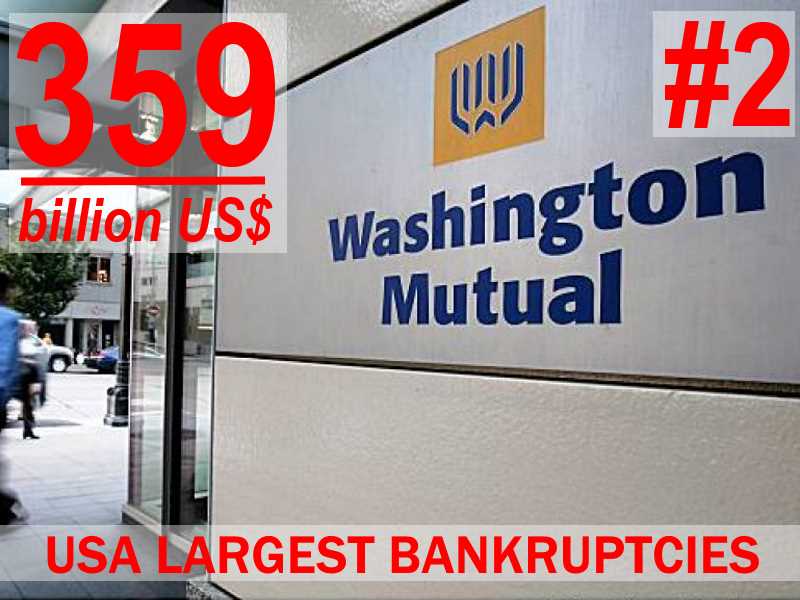 Washington Mutual Inc (WAMU) was the United States’ sixth largest bank in the US before it collapsed on September 25, 2008.

On September 15, WAMU received a credit rating downgrade which triggered a bank run, with customers withdrawing 17 billion US$ in less than 10 days. Most of the bank assets were subsequently sold to JP-Morgan.

This is what WAMU Chairman and CEO Kerry Killinger had pledged in 2003: “We hope to do to this industry what Wal-Mart did to theirs, Starbucks did to theirs, Costco did to theirs and Lowe’s-Home Depot did to their industry. And I think if we’ve done our job, five years from now you’re not going to call us a bank”