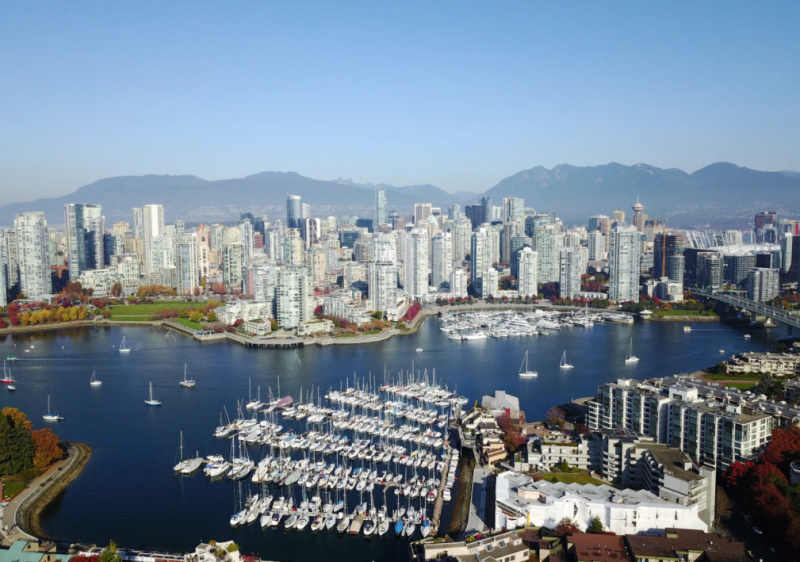 Housing Can Be Very Hard to Come By

There’s no sugarcoating it: house hunting in Van City is rough. As one of the most expensive real estate markets in the world, it can be tricky even finding affordable Vancouver homes for sale, to say nothing of acquiring one. Likewise, apartment vacancy rates typically hover around just 1% and are in such demand that openings are quickly nabbed up just as fast as they’re posted.

Although Toronto has become widely known as “Canada’s Silicon Valley,” Vancouver might just give old Hogtown a run for its money. In fact, in 2020 the CBRE ranked Vancouver #1 for high-tech and software job growth. Major tech companies with locations in Vancouver include Microsoft, Amazon, Hootsuite, Electronic Arts, Fujitsu, and more.

It’s a High-Risk Area for Earthquakes

In all of Canada, British Columbia is considered to have the highest risk of earthquakes of any province in the country. Within British Columbia, Vancouver is especially at risk due to its location atop two Northern tectonic plates. To date, the city has been lucky, with smaller quakes being a somewhat common but otherwise minor occurrence. A report by the province’s auditor-general, however, estimates the chances of a severe, deadly quake happening in the next fifty years is roughly 1:10.

The USA is Just a Quick Car-Ride Away

Whether you’re a nostalgic US-to-Canada transplant or a Great White North native looking for a fun way to spend the weekend, Vancouver’s proximity to America’s Washington state border makes travel between the two countries a breeze. The reverse is true, too: Vancouver sees an estimated eight million tourists every year, with the US remaining the city’s largest international travel market.

There’s No Shortage of Cultural Diversity

Fun fact: roughly 52% of Vancouver’s population has a first language other than English. What’s more, the city’s population encompasses a reported 200 different ethnic groups, including large numbers of individuals with First Nations, Indian, Chinese, Japanese, and Filipino backgrounds. This cultural diversity has helped Van City develop a tight-knit and accepting community with a diverse heritage, a rich artistic identity, and a vibrant culinary tradition.