Home / Blog / The Life of a Seafarer: Should You Invest in a Tanker or a Container Ship? 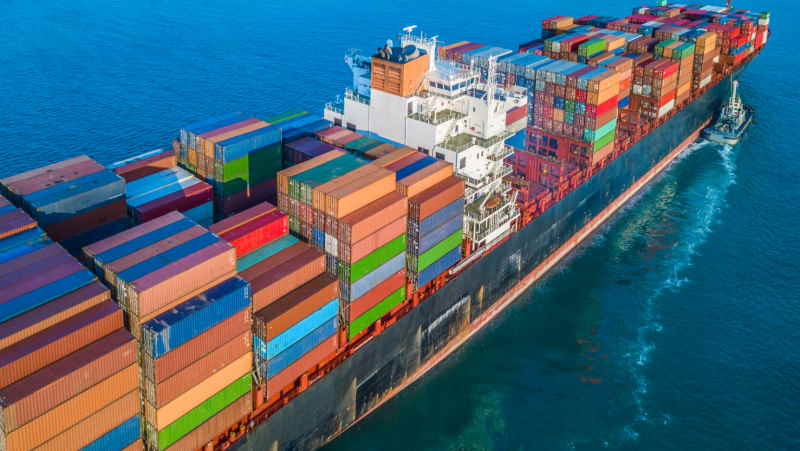 Both tankers and container ships have their advantages when it comes to working onboard.

Many seafarers and merchants find themselves torn between the options when deciding what types of jobs to get or what kinds of ships to buy. When it comes to time spent at sea and port, the experience is quite different, so the choice requires plenty of thought. Read on to find out what other experienced seafarers have to say about each to get some sage advice.

Benefits of Working on a Tanker

Although tankers aren’t for everybody, there are many benefits of working on a tanker that set this line of work apart from dry cargo operations. The most-frequently cited reasons for choosing this type of vessel are better pay, higher safety standards, and fewer cargo operations.

Tankers typically offer better pay than container ships because the merchants that own them make more money transporting these liquid products. Those looking for a chemical tanker for sale to start their own international transport businesses will be able to find good deals on used ships if they work with reputable brokers. Just bear in mind that tankers are designed to carry specific types of liquid products. Crude oil tankers are different from chemical, LPG, or LNG tankers, so seafarers who want to make their way into the merchant world need to be aware of those differences.

Tanker ships are inherently dangerous since they often carry hazardous products. As a result, the safety standards aboard these ships are very high. This contributes to a perceived increase in worker safety while aboard, although every ship and every cargo is different, so this perception may not always be accurate.

Tankers spend more time at sea and make fewer stops in ports. For those who love the ocean and don’t feel great about extensive cargo operations and maneuvering in ports, that’s great news. Dry cargo ships could visit ports as frequently as every two to three days, but tankers make much longer journeys with fewer stops along the way. Less access to ports also means fewer opportunities to spend money, which can help seafarers save more of their pay.

Benefits of Working on a Container Ship

While some seafarers report feeling safer aboard tankers, container ships do not typically carry hazardous cargo. There’s also no need for ship-to-ship operations at sea, and seafarers don’t need to assist with loading and unloading cargo in ports. The collective effect of these differences make container ships a generally safer work environment even though safety standards tend to be laxer.

Those who just view heading out to sea as a means of making money, not a lifelong passion, tend to prefer container ships since they spend more time at port. They can dock every two to three days and typically spend at least a day at port, which means the crew has more time on dry land and is better able to keep in touch with family and friends abroad.

It’s a generally accepted rule within the international shipping industry that dry ships promote crew members faster than tankers. Some seafarers who prefer the better remuneration on tankers even switch back to dry cargo vessels just to get promoted, only to go back to working a tanker ship later. Since officers make an average of 1.5 times as much working on tankers, this can actually be an effective solution.

Drawbacks of Working on Tankers

Every type of vessel also has its drawbacks, and tankers are no exception. Not every seafarer is cut out for this kind of work, and it’s best to realize that early on.

There are some proven health hazards associated with continuously working on tanker ships. The risks are lower for those who make fewer journeys or spend less time at sea. They’re also lower for seafarers who work for companies that follow all industry standards and regulations carefully.

Since the pay is better on tankers, especially for officers, competition is fierce. This has led to a slower rate of promotion, especially for low-level crew members. Again, it’s possible to switch back to a dry cargo ship to get that much-needed promotion before going back to working tankers as an officer.

Drawbacks of Working on Container Ships

This article has already discussed the fact that many veteran seafarers prefer to spend more time out on the ocean and less time at ports. Many workers also view extra port time as a benefit, though. There are also some more universal drawbacks to working on container ships.

While container ships spend more time at ports, they tend to follow the same fixed runs Tankers typically change their trade routes depending on the markets, which means seafarers will have more opportunities to see new places while the ships are at port.

The choice of whether to work on a tanker or a dry cargo ship is a personal one. Most successful seafarers choose one strategy or the other and stick with it since companies typically hire on a crew with more specialized experience, but there are some exceptions. Those who start out on dry cargo ships but want to switch to tankers, or vice versa, should still be able to get work in the industry without much difficulty.

The outspread of Covid-19 has proven problematic for businesses worldwide. Many had to shut down operations because of prevailing losses, while others … END_OF_DOCUMENT_TOKEN_TO_BE_REPLACED

Getting a promotion or gaining extra qualifications should increase your earning power, so why does your budget seem to take a hit every time you take … END_OF_DOCUMENT_TOKEN_TO_BE_REPLACED

Access to capital is a big problem that entrepreneurs face when starting their business. Although there are other issues involved when launching a … END_OF_DOCUMENT_TOKEN_TO_BE_REPLACED