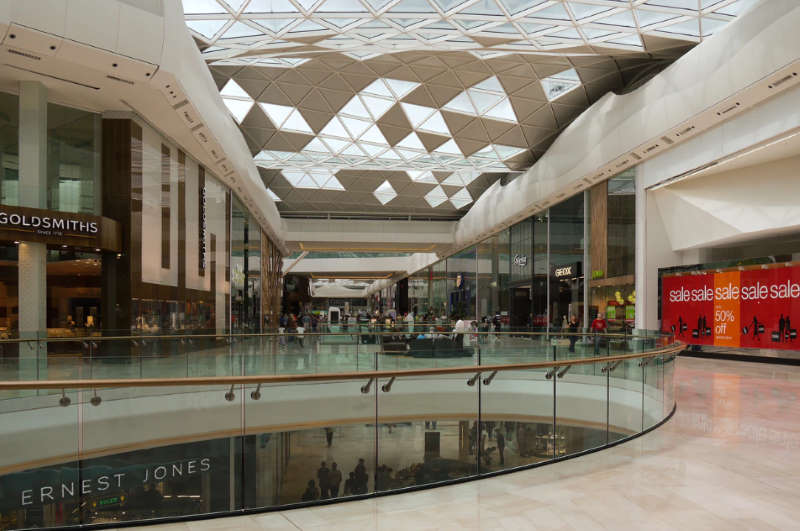 Shopping malls all over the country used to be bustling hubs of commercial and social activity.

Many have since declined significantly, with some featuring entire wings bereft of the stores that used to attract so many visitors.

A resurgence of the American shopping mall is now underway, thanks to some creative thinking.

Mall owners and management companies have discovered ways to revitalize even properties that had largely succumbed to abandonment.

It often takes quite a bit of work and planning to turn around the fortunes of a largely empty mall.

The following three strategies, however, have proved effective in many places.

Many malls were once considered so central to their communities that losing them would have been unthinkable.

The passage of time has since left many of the underlying parcels seeming disconnected from their surroundings.

That can make for an insurmountable hurdle for a mall that is already struggling to survive in the age of internet-based marketing.

Infrastructure that better links a mall to communities around it can turn its fortunes around almost immediately.

The Mason Asset Management South Park Mall in San Antonio, for instance, has experienced just such a positive reversal thanks, in part, to some strategic investment.

Determined to keep a formerly vital, vibrant asset protected, members of the community committed to improving the infrastructure that supports it.

It still takes careful, resourceful management to ensure that a mall will be able to leverage the newly enhanced infrastructure.

Mall owners frequently need to find ways, for example, to do without anchor-scale tenants that they used to rely on quite heavily.

In most cases, simply looking at what community members seek will reveal some appropriate solutions.

Specialized retailers whose offerings cannot be matched by large, internet-based generalists have uplifted many malls nationwide in recent years.

2 Switch to a Mixed-Used Approach

Cities all across the country have been prioritizing and rewarding mixed-use developments for the last twenty years.

Plenty of malls nationwide are well positioned to participate in this ongoing revolution.

Once again, it still takes plenty of research and planning to ensure that a mixed-use strategy will pay off.

The most eager adopters of mixed-use mall spaces tend to be younger residents who have been priced out of desirable, established urban neighborhoods.

An ambitious developer can often cost-effectively transform a mall into a structure that affords both affordable housing and appealing shopping.

Add restaurants and nightclubs to the mix and a formerly downtrodden mall can take on plenty of new life.

3 Use a Mall for an Entirely Different Purpose

Many abandoned malls remain in great structural shape and are still quite valuable on that account alone.

It will not always be practical or even desirable to insist that a defunct mall be used primarily for retail and the like.

Some of the most successful mall rescues of recent years have focused not on revitalization but ground-up rethinking.

A number of cities across the country, for instance, have turned abandoned malls into campuses for important, steadily growing community colleges.

Before dropping out of the race, one Democratic Party 2020 presidential candidate proposed that startups and individual entrepreneurs be incentivized to find ways to repurpose abandoned malls.

A mall that gets converted entirely to office space might lack some of its past magic, but will serve a community better than if it remained empty.

Strategies like these have been used with success to turn around declining malls nationwide.

With many more such projects now underway, the future of the American mall is starting to look brighter.

The exterior of your home plays an essential role in making either a good or bad impression. For instant curb appeal to buyers and visitors, you need … END_OF_DOCUMENT_TOKEN_TO_BE_REPLACED

For any business that has already invested in a blogger outreach campaign, were you able to reach your goals this year? How confident are you that … END_OF_DOCUMENT_TOKEN_TO_BE_REPLACED

It has been proven with time that we are what we eat, read, think, and how we spend most of our time. With time, we have witnessed the famous … END_OF_DOCUMENT_TOKEN_TO_BE_REPLACED