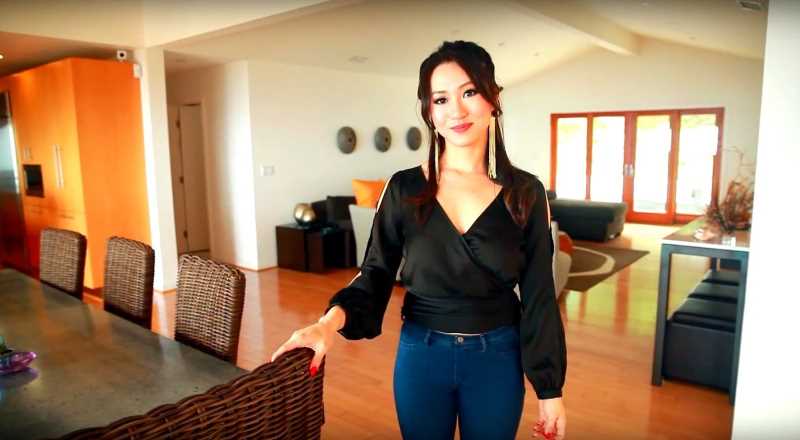 Daisy Jing, an entrepreneur, endured skin disease problems for much of her early life.

Her struggle not only left her with physical scars, but also largely made her early years a painful experience. Issues of skin problems go far deeper that what you can see physically. It attacks the very core of self-esteem, and the sufferer usually bears a heavy emotional and mental burden.

The victim will suffer bouts of unhappiness because of the perceived poor appearance due to the problematic skin.

In her attempts to get a solution to the skin problem, Daisy Jing turned to YouTube. She started a channel in 2009, through which she shared with the world her search for the perfect remedy to her condition. She tried a number of products (vitamins supplements, foundations for acne prone skin…) with varying degrees of success and failure. The breakthrough finally came when she mastered the art of mixing all-natural products after a visit to a plastic surgeon. With the newfound remedy, she was able to keep residual scarring and fresh outbreaks successfully in check. She willingly shared her experiences through her YouTube channel, and it proved to be very educational to her followers.

Jing’s efforts at getting a solution to her skin problems led to the birth of Banish, her Pasadena, California-based beauty business. This is after she got convinced that the long struggle she had put into getting the remedy was occasioned by a glaring gap in the multi-billion dollar skincare market. Jing decided to sell the fruits of her long struggle. As such, she formed Banish in 2012. Since then, Banish has done tremendously well – it has well over 13 people in its employ, as well as netting millions of dollars annually. In addition, her social media influence has grown exponentially. She commands a following of well over 200,000 subscribers on the YouTube channel that she set up in 2009, in addition to having more followers on Facebook and Twitter. She regularly turns to these mediums to share tips and discuss outcomes.

Like many women entrepreneurs, the 27-year old Jing started her business with the aim of creating a solution to an existing problem. Our 1,000 Stories Campaign that took 3 years clearly brought this out. In her case, it was to help the sufferers of skin conditions improve their lives by finding a lasting remedy to their problem. However, Jing aims at helping the sufferers gain back far more than their healthy, youthful skins. Her other goal is to ensure that all her customers regain their lost confidence, and to boost the sense of self-worth that might have been shredded by their long struggle. She asserts that her biggest motivator is her desire to help people to overcome both the physical and psychological trauma of problematic skin.

Getting A Solution Through Entrepreneurship

Jing first came to California when she got a job with Accenture, a professional services company. She was a young woman then, barely having come out of school. Before this, she had grown up in Minnesota, where she struggled with a problematic skin right from childhood and onto later in college life. She had joined the Duke University in North Carolina, from where she obtained a degree in Economics and Social Psychology in 2011. All these years were marked by one unrelenting struggle on her part: trying every kind of skincare product to rid her of the skin problem. Unfortunately, none of the products worked, and the problem persisted into her professional life.

In 2012, Jing’s skin blemishes were so severe that she decided to visit a plastic surgeon to have the scars removed. The doctor advised her to try some all-natural remedies – and this proved to be the turning point of her life.

Based on her life experience with different products, and motivated by the plastic surgeon’s advice, Jing started mixing various natural products and testing them on her blemishes and scars. The results were amazing. She shared her experience on her social platforms, and it was not long before orders starting streaming in. Within a few short years, Jing’s business picked and she could now hire people to do the mixing and packaging for her.

Jing contends that the fact that her products actually solve the problem helped her business overcome the initial hurdles she faced. She did not have the thousands of dollars that would have been required to roll out a fully-fledged marketing campaign. Instead, the results from her products provided her customers with the solution and inspiration that they needed. This proved to be the most effective form of marketing for her venture.

Looking at the success of Banish today, one may be forgiven for thinking that it has all been a smooth sailing. However, there were many challenges that Jing faced on this path. It was made even tougher by the fact that she decided to remain true to the initial purpose of her venture – to provide an all-natural remedy for her clients. Her competitors did not have such qualms because they did not have to be so careful about the ingredients of their products. However, she decided to stick to her guns and do what she had initially set out to do. This was quite hurdle and it nearly bogged her down.

Jing solved this initial challenge in two ways. First, she put together a team of workers that shared in her vision and mission. She sourced for individuals who would run things exactly as she had envisioned them. Of course, this does not mean that she removed herself from the business operations. She believes that the ultimate success lies on having solid relationships with suppliers, and on this, she is very much involved up to date.

Second, Jing set out to ensure that only the very best of her products ever reach the clients. She maintains a strict control over quality by limiting the entire line in the market to only 23 items. The company only deals in those products that it is very good at, instead of just rolling out products for the sake of it.

Another massive challenge that Jing faced before her breakthrough was based on the fact that she is a Chinese-American and a woman. Traditionally, her family background frowned on a woman being an entrepreneur. She had to struggle very hard and long to overcome this kind of stereotype. In retrospect, Jing contends that this has been her hardest challenge yet.

Her decision to go against the accepted norms and become a trailblazer has left her with valuable lessons for others in the same situation. She advises them to refuse to dwell on the problem and the negativity it portends, but to be positive, focused and determined to succeed. Failing to take the necessary steps towards success will not change things, she adds.

Jing’s major goal now is to create market sensitization about her products. Born out of both her altruism and entrepreneurial spirit, Jing’s desire is to have as many sufferers of bad skin as possible get help through her revolutionary all-natural products.

From her experience with problematic skin, Jing understands the kind of physical and psychological trauma that the sufferers are often subjected to. She intends to ensure that the largest portion of this population finally get relief through Banish.

She lays emphasis on the fact that her products are not intended to give you the look of a model, but give you back the power of your skin and the attendant confidence and self-esteem that goes with this state of wellness.