Home / Blog / Li Ka-Shing Has More Money Than You Do 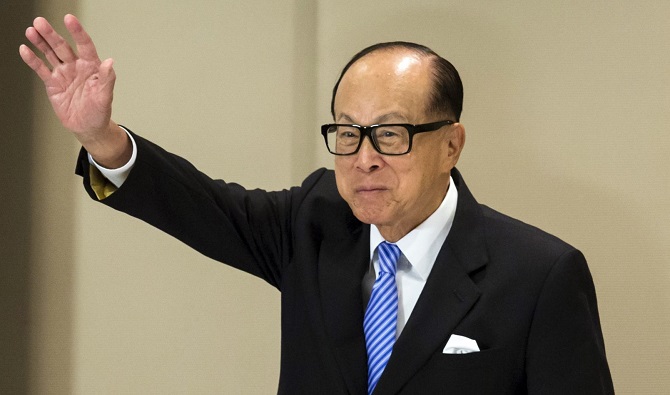 And if not, congratulations

Those familiar with Li Ka-shing, whose unofficial title is “richest man in Asia,” may simply think of him as just that: a powerful and successful man.  Some might assume he’s been that way for decades, or that he had his success handed to him.  However, the chairman of CK Hutchins Holdings has a story that is the epitome of pulling oneself by his bootstraps and making the long climb from modest beginnings to fabulous success.

Li (his family, or “last” name) was born in 1928 in Guangdong province.  His father, a teacher, died when Li was only fifteen.  This meant that the boy had to quit school to support his family.  He did this by getting a job in a plastics factory.  He wasn’t long for the life of a factory worker, though.  In seven years, at the age of 22, Li started his first company.  This was the plastics company, Cheung Kong Industries, a reference to the Yangtze River, which pulls together many streams and tributaries.  This sort of synergy has long been one of Li’s key philosophies.

At the end of the 60’s, Li made a series of bold moves that would propel him toward being the magnate he is today.  In 1967, Hong Kong became torn by war between pro-Communist factions and British loyalists.  As people fled Hong Kong, Li saw an opportunity to buy property inexpensively.  Amid rumors that China might invade Hong Kong, this was a risky proposition.  But Li’s incentive was the chance that mainland Chinese would enter Hong Kong as a reaction against Mao’s Cultural Revolution.

In 1979, Cheung Kong acquired Hutchison Whampoa, which would develop into CK Hutchins Holdings.  The company works in investment holdings, which at the time owned many docks and retail companies.   At this point, Li began to aggressively branch out and to build the wealth for which he’s now famous.   He grew the company into various divisions.  Hutchinson Port Holdings operates busy shipping ports that receive large shipping containers.  Hutchinson Whampoa Property, meanwhile, develops posh hotels and operates other real estate ventures.  A.S. Watson Group operates many large chains across Asia.

The marquee name in the Watson brand is Watsons Personal Care Stores, which has 700 stores spread across several nations.  It also includes ParknShop supermarkets.

These days, Li is the owner of a Sunseeker yacht and a Gulfstream 550.  But that doesn’t mean Li engages exclusively in conspicuous spending.  He is also a philanthropist who has donated hundreds of millions of dollars to various universities.

He isn’t without his controversies or criticisms, as is the case with many wildly successful men.  For example, he’s been criticized for reducing his investments in China and increasing them in Europe.

While declining to respond for some time, Li finally released a statement reminding his detractors that he still had a large retail presence in China, and that some of his reluctance to invest more in China stemmed from his feeling that the nation might be headed back into a “cultural revolution way of thinking.”

In Hong Kong, he has gotten some general backlash due to the stunning dominance of his business.  He’s seen as a symbol of inequality of wealth, and in 2013, protestors set up a tent city outside of Cheung Kong’s headquarters as part of a city-wide strike.

These criticisms are all probably reasonable enough, but do not cut to the heart of Li’s philosophies or business models.  And they don’t change the “rags to riches” nature of Li’s story.

Li lost his father at a young age and quickly got a fulltime job, which then led to starting his own business.  He then continued to spot opportunities and take risk and build his empire.  He was never bankrolled or given special opportunities, help, or advantages.

In the growing internet of things, security is becoming a much more serious concern for businesses. Nowadays it feels like everything is connected to … END_OF_DOCUMENT_TOKEN_TO_BE_REPLACED

If you are an international student studying abroad, it can often be a rough experience. You are in an unfamiliar setting and are away from your … END_OF_DOCUMENT_TOKEN_TO_BE_REPLACED

CRM systems represent the future of smart digital marketing practices. How? Because any company that loses more money than the total amount of revenue … END_OF_DOCUMENT_TOKEN_TO_BE_REPLACED