Home / Blog / Don’t Try To Be Like Tim Ferriss 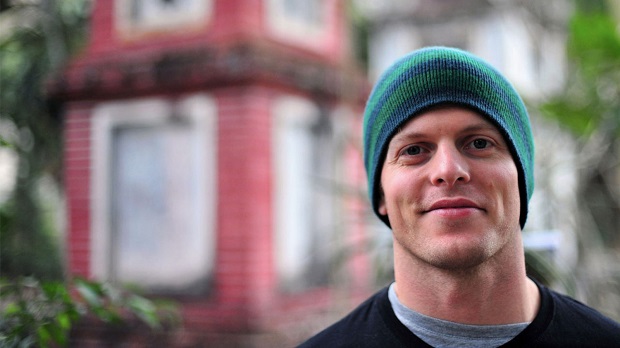 Cr-runnnnk.  That’s his neck.  On the mat.  Tim Ferriss is learning jiu-jitsu in front of the cameras.  It’s part of his TV series, The Tim Ferriss Experiment, which his website describes as “Myth Busters meets Jackass.”  In the show, Ferriss goes on difficult adventures, aiming to show that one can do a lot more than he or she had thought possible just by pushing.

In the jiu-jitsu episode, Ferriss shows he’s not just the author of some great books meant to pump people up, but that he’s ready to take his lumps.

You probably know that Ferriss is best-recognized for his four-hour workweek, his concept of separating oneself from one’s daily life, working less, earning more, and living the rock star lifestyle.  Ferriss’s brand is all about beating the system.  But you know that.  You’ve read the book and seen the movie. You’re familiar with the man’s shaven head, youthful demeanor, and commanding presence.  He seems like someone who would succeed.

Ferriss grew up in the Hamptons, the area in Long Island where the very rich vacation.  He says he was just your average townie.  He told The New Yorker, “I did not grow up playing tennis with Steven Spielberg and drinking wine with Jerry Seinfeld.  I sold coffee to those people.”  Though he calls himself “the kid with the rat tail dreaming of tearing the hood ornaments off fancy cars,” he didn’t exactly grow up destitute.  His dad sold real estate, while his mom worked in physical therapy; Tim went to boarding school  and then Princeton.

Now, one might guess that at his Ivy League ivory tower, Ferriss studied business, marketing, something of that sort.  But instead he studied Neuroscience, learning what makes us tick, in the gray-matter sense.  The challenge was for him to then embark on a career. om worked in physical therapy; Ferriss went to boarding school and then Princeton.

Now, one might guess that at his Ivy League ivory tower, Ferriss studied business

Well, leave it to a neuroscience major to found a company called BrainQUICKEN.  It sold nutritional supplements, and Ferriss got it off the ground and made it a success.  Like any good entrepreneur, Ferriss fought fiercely, to the tune of about 80 hours a week.  It was good news, bad news: the young man was succeeding as an entrepreneur.  But he felt imprisoned, with no free time.  He wanted time as much as he wanted money.

A lot of guides to succeeding as an entrepreneur will tout the virtues of working eighty or so hours per week.  At the very least, they tout the necessity.  Ferriss, rather, touts the virtues of lifestyle engineering.  What Ferriss wanted more than anything else was to have more free time, and to be able to use that free time for fun and challenging adventure.

The first thing he did was to start finding ways to run his businesses more efficiently in terms of time use.  He then started building his now-famous concept of the 4-hour work week.  It revolves around outsourcing tasks, working “smarter not harder,” and getting results rather than simply putting in more time.

You know that he turned this into his brand, his books, etc.

And it would’ve been all too easy for it to never happen.  Consider:

Ferriss was building a product that he presumably believed in quite a lot.  He had studied the mind, and his supplement, BrainQUICKEN, was based on this science.  He was turning a profit.  How many pieces of advice would tell someone in his position to press on, to not give up or turn tail just because he was feeling a bit of frustration?

Pressing on, keeping up that frenetic schedule would lead to the success.  But Ferriss came up with a different definition of success.  It wasn’t the successful business he wanted, nor the riches.  It was a certain experience, including the leisure time.  Now, it may have been the case that working toward the cause and building up more profits would eventually lead to the ability to retire or to have CEO’s and managers doing most of the work—that’s the dream and goal for most people and one of Ferriss’s options.

But it wasn’t the option he chose.  What we can learn from Tim Ferriss’s story is…don’t be like Tim Ferriss.  He didn’t closely follow in the footsteps of someone else, and he certainly didn’t adhere to the usual definition of what is correct or desirable.  Instead he dug a bit deeper and figured out what would really make him happy, and he went for it.

That’s the big takeaway—do what is best for you, whether it’s glamorous or not, whether it entails hundreds of thousands of dollars, or whether it just allows you to be comfortable in your own skin.

Fishing has always been a tradition practiced by families as a way to bond with one another and become close to each other. A lot of fathers opt … END_OF_DOCUMENT_TOKEN_TO_BE_REPLACED

While there are dozens of cryptocurrency exchanges to trade on, only a few are actually worth your time. It’s important to consider various things … END_OF_DOCUMENT_TOKEN_TO_BE_REPLACED

The exterior of your home plays an essential role in making either a good or bad impression. For instant curb appeal to buyers and visitors, you need … END_OF_DOCUMENT_TOKEN_TO_BE_REPLACED