Home / Blog / Do The Hustle With Nick Loper 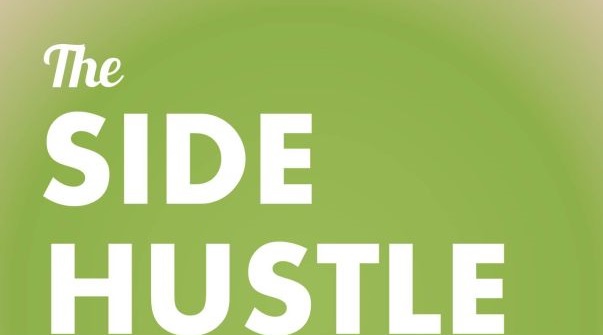 The side hustle, that is

Now, one has to admit that Loper’s story starts off as though it’s going to be a movie you’ve seen before: here’s a dude sitting at his desk with his palms on his temples.  He has a headache.  The phone is ringing and he know that on the other line is something he doesn’t want to deal with.

Cut to his car: not bad at all.  Cut to his house: something many might dream of.  He’s got the stuff he went to college for and yet he’s still not happy.

So you’re munching your popped corn and you’re anticipating: the music will bubble up, maybe a rambling guitar sound, and he’ll storm outta there.  We’ll get a montage of him drawing up a few quick plans, banging his laptop a little to get some facts and figures.  We’ll see him at meetings to get funding and then his one big ideal will take off.  He’ll be a millionaire.  And it was all because he wanted out of the rat race.

Well, Loper did want out of the rat race.  And he did go on to make ample cash.  He became one of those influencers, thought leaders, the whole shebang.  But he did it by doing many little things.  Some of his first projects were niche sites and projects on Fiverr.

One of Loper’s main items on Fiverr was website audits.  This was the project that landed him on the coveted home page of Fiverr, and the orders began to pour in.

Remember, Loper didn’t build an app or pour ninety hours a week into a startup.  He did seem to spend his share of time building up the various things he did, but his key was putting eggs in many baskets.

Carving out a Living

The advantage of “side hustles,” for Loper or for anyone, is to minimize risk.  You start off with a side gig or two, perhaps while you’re working a full time gig.  As you build up one or two of them, you get your feet wet in others.  Most of them take little start-up cash.

Some take more time than others, but some, like monetized websites, will bring in passive income.  But beyond the practical impacts is the lifestyle.  The philosophy of The Side Hustle, Loper’s brand, is to spread oneself around and spend time doing many different things.  It’s rewarding to find one’s own versatility, to try one’s hand in many areas, and ultimately, not to be bogged down.

These days, I don’t know how many side hustles Loper is involved in, but he does have what must be a full-time job, promoting his site, sidehustle.com.  And indeed, the site is a brand.  In some ways, Loper has found the ultimate success.  He influences others, is admired, has respect.  And, ultimately, he’s able to address people on something he truly believes in.

And he’s found financial freedom.  Loper’s path is, to one extent, as easy to follow as any, and that’s the whole point.

Your business means a lot to you.You started it.  You may have even conceived of the entire concept. It may be, in many ways, original to you.  One … END_OF_DOCUMENT_TOKEN_TO_BE_REPLACED

SEO and social networking best practices to increase your traffic. Building and developing your blog or website (click here to see how this works … END_OF_DOCUMENT_TOKEN_TO_BE_REPLACED

In this day and age, cyberattacks are a real threat. Businesses, both big and small, are vulnerable to malicious activities, yet only the wealthiest … END_OF_DOCUMENT_TOKEN_TO_BE_REPLACED