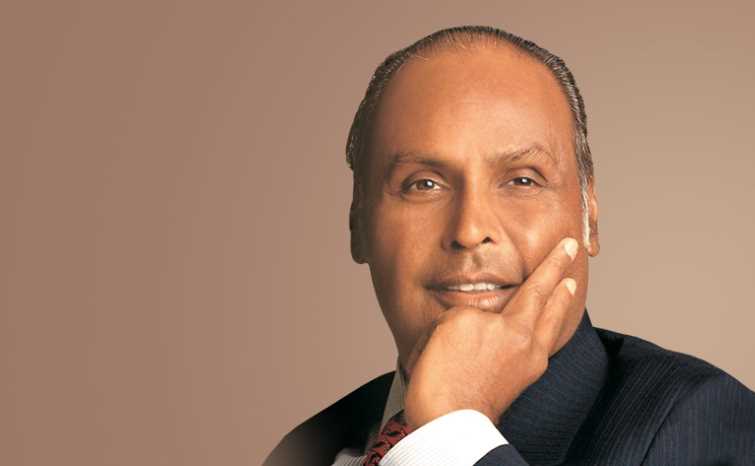 Dhirubhai Ambani was a true frugal entrepreneur.  The energy entrepreneur rose from the humblest beginnings and became not only a billionaire but a highly-influential businessman.

He was born in a small Indian town called Chorwad and learned from his strict mother how to run a frugal household.  Although Ambani’s father was a school teacher, he wasn’t a great or enthusiastic student.  Like so many entrepreneurs, from an early age, he wanted hands-on experience rather than book learning.  So he started selling little potato and onion fritters (bhajia) at local fairs.

As soon as he was old enough, he went off to the bustling city of Bombay, arriving penniless.   After a brief time of exploration he decided to set up a small shop that sold a variety of goods.  With a tiny office space, he began bootstrapping his operation, taking phone calls from the doctor in the adjoining office, for which he had to pay a small fee.

He began shipping items such as betel nuts, spices, and betel nuts.  Responding to a reputation that Indian goods weren’t always of a high quality, Ambani offered a money-back guarantee.  From there, he branched out into the improbable field of yarn trading.  That business helped him amass capital to set up a textile mill in Ahmedabad.  It didn’t take long for this factory to amass a reputation as producing fine nylon.  This was 1967, and the company was now called Reliance Textiles.

Ambani was on his way to great success, a success that would eventually grow to empire.

In 1977, Reliance Textile Industries made its IPO.  Since then, revenues have grown 27% per year.  For years, it was the most valued company in India, and the grab for its shares was known as “the equity cult.”

The company built up a diverse product line, not only including many different fibers and yarns, fuels, vehicle care services, highway hospital services, lubricants, even clothing.  Eventually, the conglomerate would reach $12.3 billion in annual sales.  Ambani became known as the Prince of Polyester.

He had sons who could help with the family business.  After suffering a stroke in 1986, he had his sons Mukesh and Anil take over.  In 1998, Hamish McDonald published a biography of Ambani called The Polyester Prince that also discussed Ambani’s business methods.

In 2002, Ambani died, having suffered a second stroke.  The company continued, as it just to this day.  Ambani’s story is one that can be inspiring to so many entrepreneurs.  He did things a very straightforward way.  Early in his adult life, he came up with a product and he began selling it.  He insisted on quality and slowly began to build.
Seizing on opportunities, he found more and more rapid growth.  Small business owners who dream of somehow turning their business into a sprawling empire can use Ambani as one example that such a thing actually is possible.