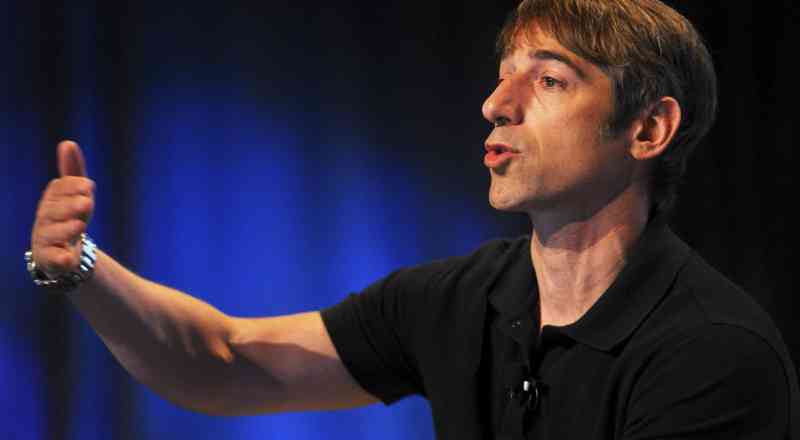 It all starts with goals.

But he is a billionaire, make no mistake.  And he can always tell people he’s the guy who invented gifting people a gazing ball for their fake farms.

Here are ways to think and act like Mark Pincus

Pincus’s goal for Zynga was to make the mascot—the little dog—the most recognizable icon around.  He feels that setting clear goals is crucial.  But it’s not just having the goal but being sure not to compromise it along the way.  His pragmatic goals for Zynga were backed with a more ideological goal, to make the world a better place.

One of the things that fuels the Zynga games is the gifting concept—the kind of gifts that users pay for and send to buddies.  That’s where the money comes from and what builds the empire.  Pincus has a preternatural sense of how people think–at their best, we might say–and how to facilitate these generous impulses.

People like to talk about thinking outside the box, but that in itself can be confining.  Pincus–whatever his flaws may be as a people person–can’t be accused of not being innovative.  He thinks so far outside the box it’s as if there isn’t a box.  He developed a framework early on for–as mentioned above with the gift concept–people’s social media habits and ways of thinking.  He was ahead of the curve, and coming up with the idea of social gaming has to be thought of as impressive.  Some people are more analytical than others, and we can’t all be ahead of our time.  But the thing to take from Pincus and how he does things is how important it is to take a long hard look at your field and figure out what makes it tick.  Analyze the people and and what they want from the thing you produce.  Doing so can cause you to make, not just games, but social games, or not just social media, but social games.

Pincus often describes rewarding the risks of his employees and collaborating with known risk takers.  He also likes–at least to hear him tell it–to empower his employees with freedoms and loose structures that will allow them to be creative.  He prefers those who are rough and ready and able to forge their own paths.  It’s not an easy thing to do, but rewards require risks.