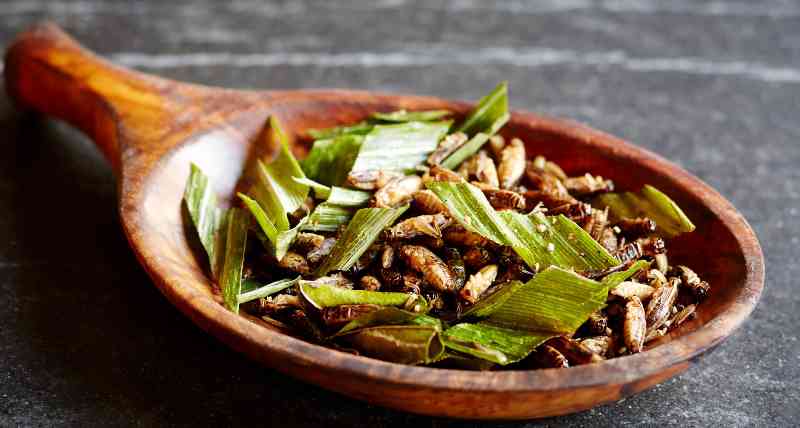 We’re worried about running out.  Of oil, of food, of clean water.  Resources could very well be stretched thin during the lifetime of anyone reading this.

Combine this with the strong trend of desiring sustainable foods, particular those that are easy on the environment, and eating insects becomes a viable option.  Entomophagy, the human consumption of insects, could really arrive in 2015, and like the legalization of pot, the breaking of the social taboo of popping crickets into your mouth could open up a world of opportunities.

The consensus on how many humans chomp on bugs regularly is that it’s about 2 billion.  A lot of these live in the Congo or in Southeast Asia.  Insects are a source of protein often acquired by foraging.  Would people pay for them?

Well, they already do.  If you’ve seen little cricket snacks around your local boutique grocery, they have come from WorldEnto, a company that supplies restaurants, grocery stores, and you, the individual, with bugs.  This includes crickets and mealworms, as well as flour made from these. The Georgia-based business touts its “Good Karma Killing” practices, which, for some reason, involves freezing the bugs just before deep-frying them.

What kind of business opportunities may be available in the ento field? Would being a supplier be viable?  A bug truck?  A maker of a line of snacks sold in three-ounce bags?  A restaurant devoted entirely to bugs? A reviewer of insect-inclusive restaurants?  An owner of a website covering the industry?  All of these seem viable.

Entomophagy.com tells us that Southern California alone is home to 18 restaurants serving insects.  At El Tajate Restaurante in Escondido, that entails a giant platter of grasshoppers, I mean dozens of the things, with just a bit of onion, avocado, and tomato.  Nachos and salads are dotted with Maguey worms, amber-colored things and inch long.  Customers are looking at roughly ten dollars a plate.

The website lists establishments in Illinois, Indiana, Louisiana, New York, Washington, and others.  White & Church in Manhattan uses honey bees as a drink garnish, while Sake Bar Kirakuya makes use of silkworms.

Don’t make the mistake of thinking that your bug business has to reside within the realm of savory.  No, there’s bug candy too.  HOTLIX has been purveying insect candy for a quarter century.  Scorpion suckers are big rectangular bites with scorpions trapped inside, impaled on the end of the stick.  You’ve got chocolate-dipped insects, toffee-flavored candy with insects and fern suspended within and even protein-intensive tooth pix.

Keep in mind that the insect business, like just about any other, requires accessories.  For example, you have watering tubes for bugs, measuring tubes, funnels.  Manufacturing custom boxes for the keeping of the creatures could very well be viable.

You’ve seen it here first, and how you choose to use the news of this up-and-coming trend is up to you.