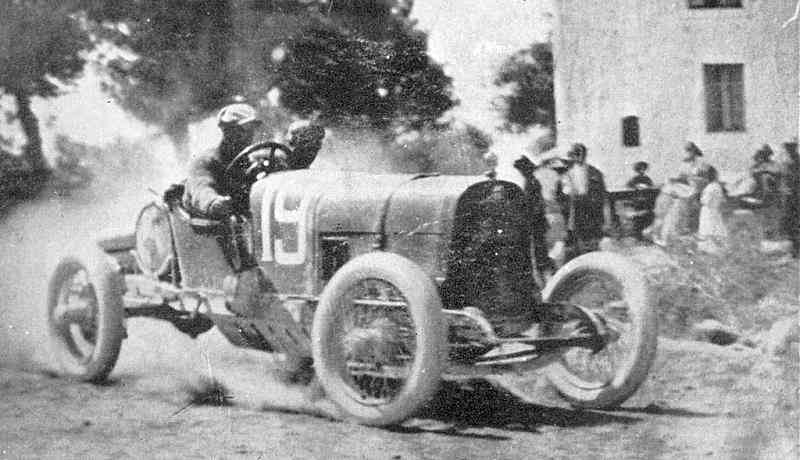 Enzo Ferrari’s career tells a simple and classic self-made man’s story.  He had a product—more of an art, really—about which he was passionate, and he crafted it his whole life.

He made a world-famous icon.

Ferrari was the son of a mule skinner and he became a race-car driver for Alfa Romeo.  He won 14 races in all, not a spectacular number, but not bad.  Legend had it he didn’t have the heart to overwork the engine of a car he drove.

In the mid-20’s, Ferrari became a race-car driver for Romeo, but was soon given the sack because of his heavy-handed management style.  Oddly enough, when opening up shop for himself, Ferrari began selling machine tools.  His line of automobiles began rolling out its wares in 1947.  It didn’t take long for the company to become successful.

One’s first guess might be that Enzo and crew threw themselves headlong into making the sexiest, sleekest, fastest cars on the road, with performance being job one.  Yet safety was as big a consideration as anything else, and it was a project to which Ferrari devoted plenty of personal attention in the workshop.  He was a tireless worker rarely took vacations, preferring the solitude of being the last one at the shop.  His many quotations make in amply clear that he was interested in designing cars and not a whole lot else.

He was not known to be exactly friendly and jovial, but he was respectful to his employees.  His famous quote, “the client is always right” is a clear indication of how he prioritized customer service.  It was his commitment to making his works of art that was number one.

In 1969, he turned down a buyout offer from Ford.  He sold 50% of the company’s shares to Fiat, remaining in control of its successful racing division.

From Ferrari, we can learn many basic and important issues.  It may not be anything far off the beaten path, complicated, or ground breaking.  He had a singular vision, the passion to pursue it, and the intestinal fortitude to remain in control and to pursue his vision.  He didn’t branch out into many industries, didn’t try to produce Ferrari spark plugs, helmets, and coffee mugs, but to stick with his top-of-the-line cars.  He didn’t make a cheap model or an SUV, but stuck to what he did best.

Establishing and developing your online business is not a simple process. It would be best if you had a good idea in mind, and you’ll need a strategy … END_OF_DOCUMENT_TOKEN_TO_BE_REPLACED

Many healthcare professionals are looking for certified, qualified, and trusted medical billing agencies to get medical credentialing services. When … END_OF_DOCUMENT_TOKEN_TO_BE_REPLACED

Many people are skeptical about entering into the real estate industry. Real estate businesses can produce more wealth than many other companies. It … END_OF_DOCUMENT_TOKEN_TO_BE_REPLACED