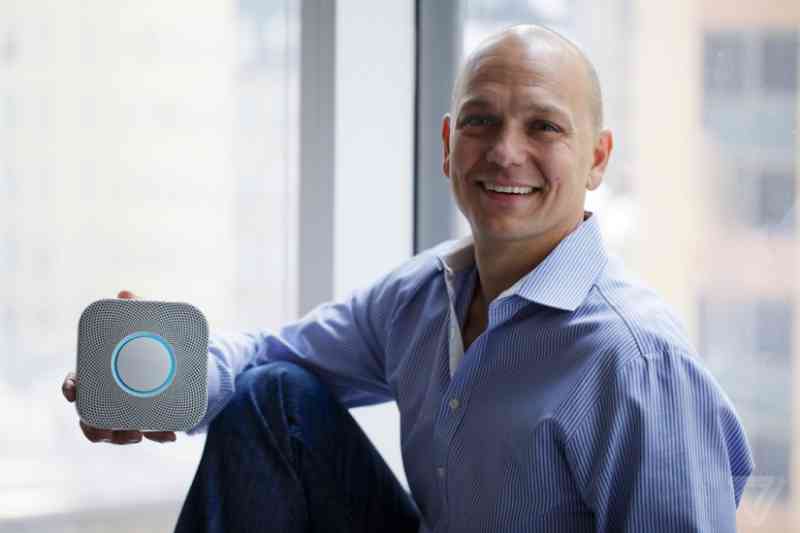 There are apps for everything, and when Tony Fadell was developing the ideas that would lead to his amazingly successful startup Nest, there were already quite a few.  Furthermore, Fadell’s Silicon Valley peers were busy pumping out devices and software providing entertainment experiences and trying to change the way people connect.  Fadell, however, recognized a very fundamental need that people have: to not be too warm not too cold.  He then set his sights on the unglamorous world of thermostats.

Nest works on smart technology, using motion sensors to adjust itself, turning up and down and on and off as needed to save energy.  Nest became a runaway success, and Fadell ultimately sold it to Google for $3 billion.  Here’s a look inside the mind of Nest CEO Tony Fadell.

The usability concept has been so big and common over the last five years that it’s easy to take for granted. Naturally we would design products for optimum usability.  How could it be otherwise?  But in the early aughts, sharp visionaries didn’t have much problem finding inadequacies in various products.  So it was with Fadell, who told Fortune.com that he found that thermostats were designed to be sold wholesale, meaning that concerns such as installation trumped the end user’s convenience.   As a reaction, not only did Fadell and crew design many smart features for their products, but they also made the basic design and usability clean and simple.

You may know that Fadell is known as the father of the i-pod, having been a big part of that product’s design under Steve Jobs.  It’s good work if you can get it, so why leave to design thermostats?  Well, we now know that Fadell has about 3 billion reasons for that.  Rather than leaving well enough alone and drawing what had to have been a considerable salary, Fadell struck out on his own.  There’s a lesson to be learned somewhere in this.

In meetings, employees incur the wrath of Fadell by telling him that things are going great.  This is a man who broods about the presence of a thermometer outside his pool if he doesn’t like the way it looks.  Fadell did not meticulously design his famous products with their futuristic, hyper-responsive products without always wanting better and more.  Thus, he doesn’t tolerate an attitude that everything is just going OK.

Yes, Fadell worked under Steve Jobs, and it’s hard to do that without learning a lesson or two.  One of the things that Fadell took from the late maestro of Apple was that what you leave out of your product is as important as what you put in.  The smart home business invites a bevy of innovations to a particular product: more and more features.  Fadell doesn’t think that way, though, feeling that it’s important to “stay focused on one or two big problems” rather than being too fancy.  Entrepreneurs, take heed.

From Fadell, we can learn the importance of looking a little farther to find a need and to exercise patience and persistence when meeting that need.  Focus on what you feel the customer wants, deliver it in a simple package, and maintain focus.

The exterior of your home plays an essential role in making either a good or bad impression. For instant curb appeal to buyers and visitors, you need … END_OF_DOCUMENT_TOKEN_TO_BE_REPLACED

For any business that has already invested in a blogger outreach campaign, were you able to reach your goals this year? How confident are you that … END_OF_DOCUMENT_TOKEN_TO_BE_REPLACED

It has been proven with time that we are what we eat, read, think, and how we spend most of our time. With time, we have witnessed the famous … END_OF_DOCUMENT_TOKEN_TO_BE_REPLACED