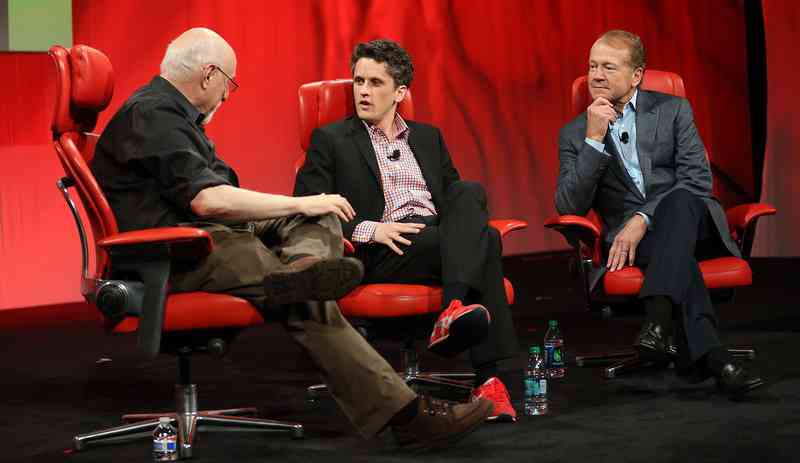 Do you run to your meetings?

Why does Box CEO Aaron Levie wear sneakers to work?  You know, the whole skinny jacket and red canvas sneaks look?  Is he a hipster?  Is he flouting convention?  Or is the sartorial choice due to the fact that he runs to meetings?

Taking a look at the daily routine of Inc. magazine’s Entrepreneur of the Year Aaron Levie does a lot to dispel some of the conceptions of the glamor of the life of a CEO who started his own company.  Levie arrives at work at slams down two coffees for breakfast.  He goes into a whirlwind of meetings—hence, the running—then naps at 7 p.m.  As night progresses, he speeds up, sending more than a hundred e-mails, before finishing up around 2 a.m.

It should be edifying for entrepreneurs to remember that in their hard work and long, long days, they are not alone.  But the lessons we can take from Levie and his career are numerous.

He began Box, a software for sharing documents and editing documents, in 2005, with a college buddy named Dylan Smith.  While the software was initially targeted to consumers, it hit its stride when it hit the business market.  Box has customers at 240,000 businesses, representing 97% of Fortune 500 companies.  At the end of 2013, the company was valued at $1.2 billion.

One of the concepts to take away from Levie’s amazing success is his way of being ahead of the curve.  His company is now branching into data management solutions in specified areas like health care, manufacturing, and finance.  Levie aims to revolutionize these areas, his main ethos.  His efforts and thoughts are all aligned at understanding where the use of various technologies are heading.

It’s that mindset that deserves a lot of credit for Box’s success.  Levie built the company around the design and usability of the software, aiming for ease of use.  But it did something much more innovative than that—he went with the subscription model.  Box was one of the first pieces of softwareto do so, with Adobe, Workday, and Zendesk following suit.  It’s a model that garners some skepticism and has gotten Levie branded something of a loose cannon.  This reputation wasn’t helped any by Levie’s balking at an IPO.

In any event, as much as any entrepreneur in the tech world, Levie is driven by his ideology, by an intense belief about the nature of and future of his product and the industry.  One of his obsessions is mobility, the access of information from phones and tablets, and trying to accommodate all of these.

Levie is a skilled magician, adept at card tricks and other illusions.  He brings from the trade the ethic of understanding what baffles those around you.  Being secure in the knowledge of how the trick works seems to have bled over into Levie’s business life, since he has the confidence of his convictions and doesn’t mind being misunderstood.  It’s a lesson that are a lot easier to hear and to admire than to put into practice.

And know this about Levie: he parted ways with uber-investor Mark Cuban.  Levie cold e-mailed the Mavericks owner and got an investment.  But the two of them began to disagree, and Cuban sold his shares.  Levie seems to do his thing and to never compromise.  The sneakers with the suit is not just an affectation.

The exterior of your home plays an essential role in making either a good or bad impression. For instant curb appeal to buyers and visitors, you need … END_OF_DOCUMENT_TOKEN_TO_BE_REPLACED

For any business that has already invested in a blogger outreach campaign, were you able to reach your goals this year? How confident are you that … END_OF_DOCUMENT_TOKEN_TO_BE_REPLACED

It has been proven with time that we are what we eat, read, think, and how we spend most of our time. With time, we have witnessed the famous … END_OF_DOCUMENT_TOKEN_TO_BE_REPLACED