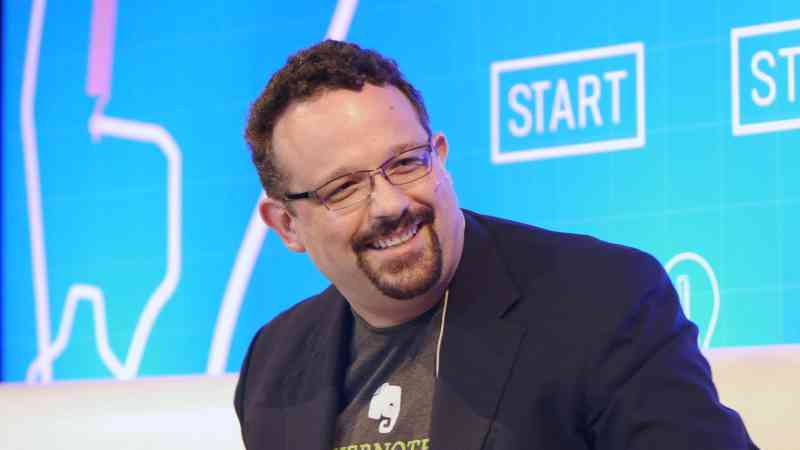 If you’ve ever sent yourself an e-mail reminder to wash your car, you’ve used Evernote.  If you have a notebook called “soccer” or scan receipts at the gas pump and send them into your computer, you’re using Evernote.

Its CEO is Phil Libin, one of the world’s leading Internet company CEOs.

Libin was also a co-founder and president of CoreStreet and founder of Engine 5.

Libin is a computer programmer by trade, an unassuming and humble soul who envisions a future in which his information-organizing tool plays a major role in making everyone’s lives better.  He was born in the former Soviet Union in 1972 and his family moved to the States when he was young.  After starting and selling his first two companies, Libin moved to Evernote, where his prowess with raising funds became very useful.

After building up a thriving business, which he still runs, Libin began acquiring various apps that are compatible with Evernote.

Here are some of the most inspirational quotes from the very successful Phil Libin.

2. “When you’re the CEO of a start-up, it feels like everybody is your boss. All of your employees are your boss. Your customers, your investors, even the media: they’re all your boss. I’ve never worked for so many people as I do at Evernote. Don’t expect fame and prestige either; with very few exceptions the life of an entrepreneur is humble.”

3. “The most surprising, and rewarding, part of my journey  as a CEO was findout out how easy it is to get legendary people to help you.  All you have to do is ask.”

4. “We (Evernote) have a flat and very open structure.  Nobody has an office.  In fact, there are no perks that are signs of seniority…You certainly don’t get a better seat…they create artificial barriers to communication.”

5. “I find that talking to people like this to be simultaneously humbling and inspiring. Humbling because when I look at their achievements, I realize that everything we have built so far at Evernote is just a tiny drop in the ocean compared to what we still have left to do, Inspiring because you realize that before each of these people built world-changing, multi-billion dollar companies for the first time, they’d never done it before either.”

6. “We recently changed our vacation policy to give people unlimited vacation, so they can take as much time as they want, as long as they get their job done. If you want to take time off, talk to your team, but we’re still measuring you on the same thing, which is, did you accomplish something great? Frankly, we want to treat employees like adults, and we don’t want being in the office to seem like a punishment.”

7.”When you look at any product, and kind of squint at it, you can see the reflection of the company that made it.”

8. “The modern knowledge worker is someone whose entire happiness is based on how elegantly they can navigate through this flood of information coming at them every day in their personal and work life and we just try to make those people a little happier, more productive.”

The exterior of your home plays an essential role in making either a good or bad impression. For instant curb appeal to buyers and visitors, you need … END_OF_DOCUMENT_TOKEN_TO_BE_REPLACED

For any business that has already invested in a blogger outreach campaign, were you able to reach your goals this year? How confident are you that … END_OF_DOCUMENT_TOKEN_TO_BE_REPLACED

It has been proven with time that we are what we eat, read, think, and how we spend most of our time. With time, we have witnessed the famous … END_OF_DOCUMENT_TOKEN_TO_BE_REPLACED