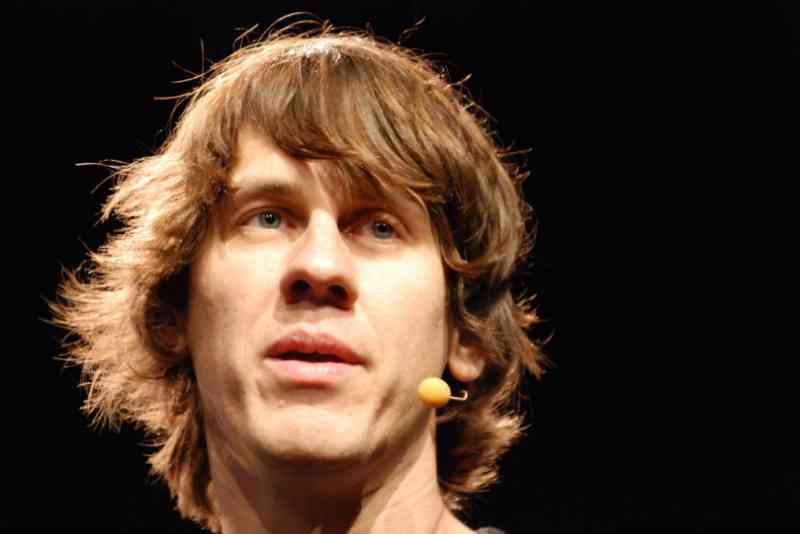 Do What You Love

In one of the most common photos of Dennis Crowley, he’s wearing a track suit over a t-shirt, and his hair is tousled.  It’s a classic Silicon Valley look, and Crowley is among the pantheon of Silicon Valley innovators, best known as the founder of Foursquare and Dodgeball.

And then there are the photos in which he sports a giant smile.  He’s made a pile, he believes in what he does, and he’s gotten plenty of credit and recognition.  Say you’re interested in thinking and acting like Dennis Crowley.  Here’s how.

Connecting the Physical and Digital Worlds

Foursquare is the app that has you “check in” to various physical locations.  This allows you not only to tell you’re buds that you’re there, but to learn more about the world around you.  Does the digital world disassociate one from the physical world, and is this a problem?  Well, Crowley aims to connect them, and thinking about connecting different realms, whatever these realms may be, could very well be a good idea for any tech start-up.

Data is Not Just a Star Trek Character

Data is big to Crowley.  In fact, Big Data is big to Crowley.  But there’s also what one might call small data.  Or even tiny, tiny data.  An example of tiny data might be how many times you’ve checked into a particular place.  Another example would be getting certain badges or becoming the mayor of a particular place.  Data really excites Crowley—he is motivated to run by the Nike app that counts his miles.  After launching Foursquare, he found that many people felt the same way.

Data as a sort of character, as something that almost has a soul, is a driving concept with Crowley.  You don’t find a lot of very successful entrepreneurs who don’t have highly-conceptualized notions of things that many take for granted.

Crowley says that he built Foursquare with a small group of friends.  It was something that he thought would be useful to him, something that solved a problem he would encounter in his life.   This is another of his ideas that one can find in several of the heavy-hitting internet moguls.  The idea of ensuring value for your customers by seeing value in the product yourself is as common as the idea of great connectivity.  It involves forming some empathetic bond with your target audience, an intimate form of market research.

Social marketing is a souped-up version of word-of-mouth.  It’s all about telling your friends about what you love.  Entrepreneurs should think in terms of giving people products they’ll be happy to share and the means to do so.  This can involve referral programs and coupon codes people can share.

The good news is, most of what Dennis Crowley is all about is doing what you love.

The exterior of your home plays an essential role in making either a good or bad impression. For instant curb appeal to buyers and visitors, you need … END_OF_DOCUMENT_TOKEN_TO_BE_REPLACED

For any business that has already invested in a blogger outreach campaign, were you able to reach your goals this year? How confident are you that … END_OF_DOCUMENT_TOKEN_TO_BE_REPLACED

It has been proven with time that we are what we eat, read, think, and how we spend most of our time. With time, we have witnessed the famous … END_OF_DOCUMENT_TOKEN_TO_BE_REPLACED