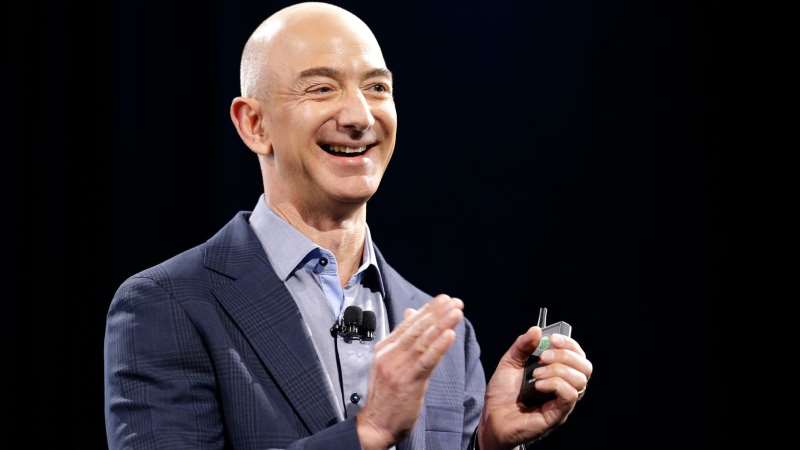 Jeff Bezos is the head man of Amazon, one of the most successful companies in the world.  With his atypical leadership style, he’s a feisty, outspoken businessman whose views on many subjects are well-publicized and well-known.

Bezos grew up in Texas, the son of an Exxon engineer and a mother who was in her teens when Jeff was born.  He entered the professional world as an IT specialist on Wall Street in the early 90’s.  Noticing that Internet use was mushrooming, Bezos began looking at mail-order businesses to decide which could be executed using the world wide web.  He decided on books.

Here’s how to think and act like Jeff Bezos.

Aspiring to an Internet marketplace in the mid-90’s shows a long-sighted approach.  Not only was Bezos a bit ahead of his time, but he knew how look long.  Bezos’ approach involves a seven-year horizon, as opposed to a three-year horizon.  He reasons that if you’re looking ahead no longer than that, you’re mired in competition with everyone else.  Carving out a place of your own means being able to look longer than that.  Bezos’s original stockholder letter as CEO of Amazon refers to “long-term market leadership considerations rather than short-term profitability considerations.”

Bezos puts effort behind this talk, literally scheduling time a couple of times a week to walk around and gaze into his seven-year horizons.

These three items are the beginning, middle, and end of Bezos’s philosophy.  And it’s probably hard to deny that if you’ve ever done business with Amazon, the world’s biggest bookstore, you’ve encountered most or all of these traits.  Now, your business may not deal in delivery at all, and if not: free pass.  Don’t worry about it.  In fact, since there are many, many businesses and business models out there, it may be the case that you may have slightly higher prices for high end products, etc.  You may have lower prices but not wide selection—you may make one type of mandolin.  But it’s important to have standards, whether two or three, analogous to what Bezos outlined for Amazon.  Have them pinned to the wall, follow them always, and plug all of your activities into them, keeping them as the framework into which everything in your business must fit.

One of Amazon’s recent innovations is the Kindle.  This revolution in the way the written word is consumed came from customer feedback.  The basics of the idea and the way the gadgets were designed and refined came from the user’s needs.  The idea was: people are asking for a certain thing, how do we build that?  This is opposed to coming up with an idea and hoping that people will like it.

Bezos goes through call center training himself, and he requires his managers to do the same.  He feels that any complaints customers may have are the business of everyone involved, and that humility is key.  You may have had the experience of hearing from someone who has sent Bezos an e-mail and got a response.

Bezos has a few very clear philosophies, those that really aren’t very hard to emulate if you’re looking to think and act like him.