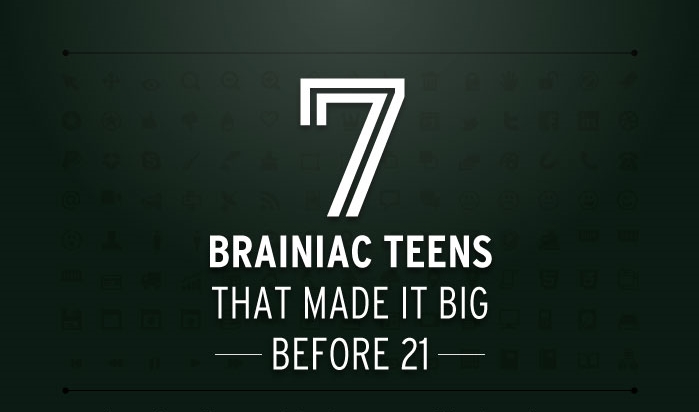 The general public perception is that your typical tech-savvy teenager who has an entrepreneurial flair may soon have the world at their feet and sell their first venture for millions before they hit their twenties.

The stereotypical profile is in fact a bit misleading as the average age for a successful entrepreneur is 40 and the statistics show that there are twice as many wealthy entrepreneurs who have gone beyond their 50th birthday than there are people under 25, with the same level of success and wealth behind them.
This infographic tries to find if there is a common theme to link the young entrepreneurs, such as a higher than average IQ, but to counteract that theory, you can find success stories with teens who barely managed to pass their business studies exam.
Whilst there are undoubtedly huge opportunities to make some serious money from an internet arena that hasn’t really be around that long in relative terms, it seems that cyberspace is not the only chosen path to fortune, as Tyler Dikman can verify.

Mr Dikman was just 15 when he started CoolTronics and by the time he was 17, his computer repair business was worth millions. Sean Belnick is another great example of how a young business brain can quickly develop a business that has a multi-million dollar value. He started a business when he was just 14 years old called BizChair, which sold office chairs, and by the time he was 16, he was already counting his wealth in the millions.

The examples given should prove an inspiration as well as interesting reading. Even if you don’t make your mark in your teens or twenties, when you look at the average age of an entrepreneur, time is still on your side to find the next big idea that is going to earn you a fortune.