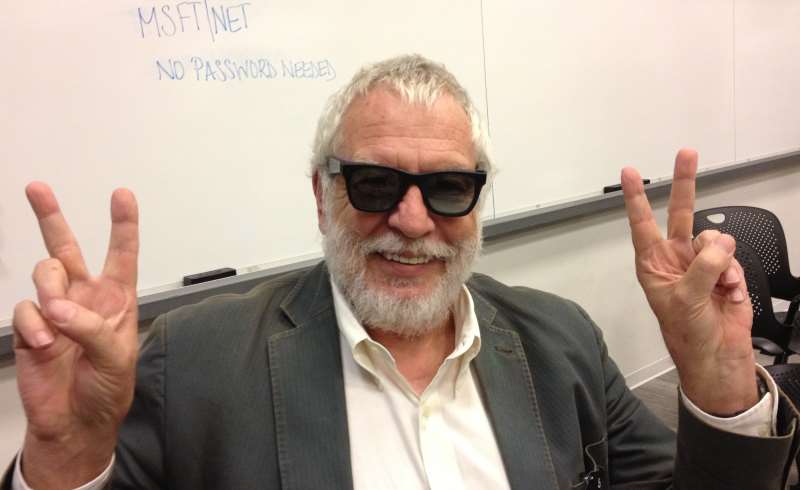 If you’re between the ages of 20 and 55, there’s a good chance you owe a tremendous spiritual and emotional debt to Nolan Bushnell.  This is particularly true if you live in one of several countries, including the U.S., in which video games are king.

Nolan Bushnell is the father of the video game, and there’s a very good chance that some of his big ideas injected a lot of joy into your life and contribute to your memories.  You know Pong, right?  Well, this early video game—regarded as the first—was initially called Computer Space, and, yes, Bushnell invented it.

He needed a machine on which for people to play this and other games in their homes, so he invented Atari.  In short time, he needed a place for people to play these games outside the home, so he founded Chuck E. Cheese’s, where you celebrated your eighth birthday with video games and pizza.  Blame him or thank him.  But Bushnell understood the idea of coming at a market from various angles, providing an experience for users with his various, complementary products.  How did he do it?  Here are some quotes getting us inside his diabolical mind.

“Everyone who’s every taken a shower has an idea.  It’s the person who gets out of the shower, dries off and does something about it that makes a difference.”

“Literally thousands of people have told me over the years they met their wife or husband playing Pong.”

“It’s a solution in search of a problem.”

“This (Atari) was a company started with $250.  We never had any capital.  But we learned that stealth and guile can sometimes work instead.”

“He (Steve Jobs, who worked for Atari) was more philosophical than the other people I worked with.  We used to discuss free will versus determinism.  I tended to believe that things were pretty much more determined, that we were programmed. . . Steve felt the opposite.”

“Once a decision has been made and all that’s left is to carry it out, then all apprehension about the final result must be deliberately put aside.  Which means this: as soon as you’ve made a reasonable decision, based on factual information, the time has come for action.”

“I knew I was coming of age when I traded one of pieces of communication gear for a pair of skis.”

“Don’t even think of computers, think more in terms of functional blocks in which everything has intelligence.  Start thinking of anticipatory functions in which you don’t have to push buttons, but you have a building block of functionality and it knows what it’s supposed to do and it does it a lot better than you.”

“If we can’t make a computer game that makes you nauseous, we’ve done something wrong.”

The exterior of your home plays an essential role in making either a good or bad impression. For instant curb appeal to buyers and visitors, you need … END_OF_DOCUMENT_TOKEN_TO_BE_REPLACED

For any business that has already invested in a blogger outreach campaign, were you able to reach your goals this year? How confident are you that … END_OF_DOCUMENT_TOKEN_TO_BE_REPLACED

It has been proven with time that we are what we eat, read, think, and how we spend most of our time. With time, we have witnessed the famous … END_OF_DOCUMENT_TOKEN_TO_BE_REPLACED