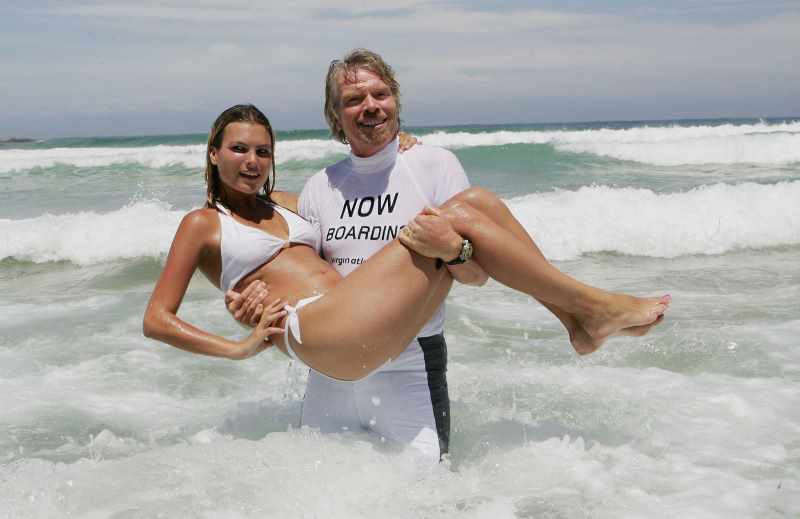 With his long hair, his knowing grin, and his devil-may-care attitude, Richard Branson has all the hallmarks of a man with his own brand of knowledge, a way of looking at the world that is his alone.

Here’s a guide to tapping into what makes Branson uniquely him, foundationed on the assumption that his success and wealth are something a lot of entrepreneurs look to emulate.

In his great song “Love Minus Zero,” Bob Dylan tells us that “There’s no success like failure/and that failure’s no success at all.” Perhaps he was right in the first line. Anyone who knows anything about Richard Branson knows that not fearing failure is a key to how he thinks and acts.

Most of Branson’s failures in his business life have come from overextending himself with risky ventures such as Virgin Cola or Virgin Brides. But crazy ideas can catch on, which means that trying them can be the right mindset. It’s all in execution. What Branson emphasizes is that there’s something to learn from a problem with the particulars of the execution of a venture. Rather than curling up and just becoming cautious, continue to move on boldly, now with the added confidence of knowing you know some things not to do.

Be on the Good Team

Branson is a big believer in putting good into the world. This can mean giving funds to charities or it can mean creating products that make a positive difference somehow. In a recent advice column, Branson describes a company named Gandys. The company is run by brothers whose parents were killed in a 2004 tsunami in Sri Lanka. The brothers donate profits from their company to building orphanages in India. This sort of principled work is an end unto itself

Branson writes, “if a flower is watered it flourishes and if a flower is not watered it dries up and dies and I think the same applies to people.” He thinks of his employees as a team and that’s the right approach. Keeping their morale high is key to an entrepreneur’s success.

The Glass is Always Full!

Forget about half-full vs. half-empty. Or, in Branson’s vernacular, screw that. Branson is an incurable optimist. It’s not an easy way to be, but then again, neither is being a millionaire and an icon. But Branson believes in the self-fulfilling prophecy. One of the reasons you can get away with dreaming big is that if you throw a lot of enthusiasm and passion into an endeavor, you can will it to work.

Many millionaires are big fans of constant improvement and education. They may not be, as the phrase goes, “humble scholars,” aiming very explicitly to turn their knowledge into a fatter wallet, but they are big on learning. Learning can come from reading, probing people who know what you don’t, asking questions, or just stopping to think about what you’ve been exposed to.

Have Fun at Work

Like Google and Pixar, Virgin is a fun place to work. This goes along with injecting enthusiasm into projects and thus ensuring their success. Branson is a big believer and making sure his employees enjoy what they’re doing—he can control his own passion for his own work. With employees, he can just do his best to foster it.