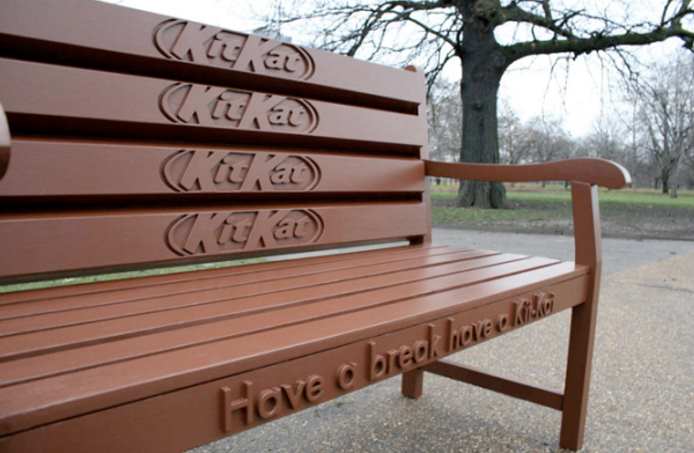 We’ve shown some really cool guerrilla marketing campaigns, and this has demonstrated some of the reasons one would go about this sort of marketing—the possibilities are surely cheering.

Guerrilla marketing can add vibrancy to your community and can position you as an enthusiastic mover and shaker.  More to the point, though, it saves you money and takes you places you may not be able to market otherwise.

The question, though, is how to get started, what to keep in mind when you’re embarking on any sort of marketing campaign.  Here are some golden rules for guerrilla marketing.

The three rules of planning for any business phase are: clarity, clarity, clarity.  If you look at a guerrilla marketing campaign such as painting da glass of beer around door handles, making those handles look like the grips on a mug (so that everyone walking into a certain bar seems to be hoisting a glass of that brand of beer) what stands out is the creativity—they have a quality of wildness to them.  Add to that the word “guerrilla” and it sounds like just a lot of kicking up one’s heels.

But you really have to have extremely clear goals for your campaign.

Ask yourself what it is you’re trying to accomplish: are you educating the public about one of your product lines?  Are you trying to create one particular image, such as environmentally friendly, high-end, economical?  Do you have one specific audience?  Students at the local college?  The working class in your neighborhood?  Do you have numbers for sales you’re trying to reach, numbers of walk-ins to your brick and mortar business?  Clicks on your website?

Having some guy in a chicken suit doing something crazy has to be themed around some goal that can be achieved.  What about the guy in the chicken suit will bring people into your store—the spectacle alone might bring in a few people, but the chicken working on the hearts and minds of those local college kids, for example, through a carefully-planned campaign, is what will really bring them in.

One of the great things about guys in chicken suits is that studies show they’re relatively affordable, which is one of the points of guerrilla marketing.  But e-mail and social networking are free.  Do not, I repeat, do not, allow a man to run around in a chicken suit representing your business if you’re not going to video it and post it online.  Unless shock, surprise or spontaneity are essential to the success of the campaign, announce it in advance on your social media.

Post pictures and videos after the fact, follow up, update, remind, and post results.  If sales go up or you reach the kinds of goals we discussed in #1, be sure to brag.  This will inspire people to want to be a part of future campaigns.

3. Take the time for the idea

When Ikea marketed its line of book shelves by placing them on Australia’s Bondi Beach, full of reading materials for Sun worshippers, do you think that idea suddenly popped, fully formed, into someone’s head?  Do you think it was the only idea anyone in the team came up with?

Your company might have a hard time birthing ideas that rival some of the most clever you’ll come across. But you do want to go for maximum cleverness, maximum “wow” factor, and maximum ability to meet your goals.  If you have an entire team, can enlist some help, and are willing to go from idea to idea until the right one comes along, you’ll get the best results.

4. Cause a Reaction, Not a Scandal

When you look at some noted guerilla campaigns, it looks like the golden rule is shock value.  Some viral campaigns are borderline offensive.  In some cases, the immensity of the brand (Coca-Cola, tic-tacs, Ikea) kind of excuses this, and not just because they probably have a massive team of lawyers.

But if you’re Bob’s Flowers or Neato Web Solutions, you may not be able to withstand a fire storm resulting from making the wrong people mad.  You certainly don’t want to break local ordinances, be jailed, have your business shut down, etc.  One strategy is to try to maximize humor without being confrontational, without touching religious or cultural hot buttons, and certainly without slandering your competition.  And there needn’t be humor at all.  Just be sure to make an impression.