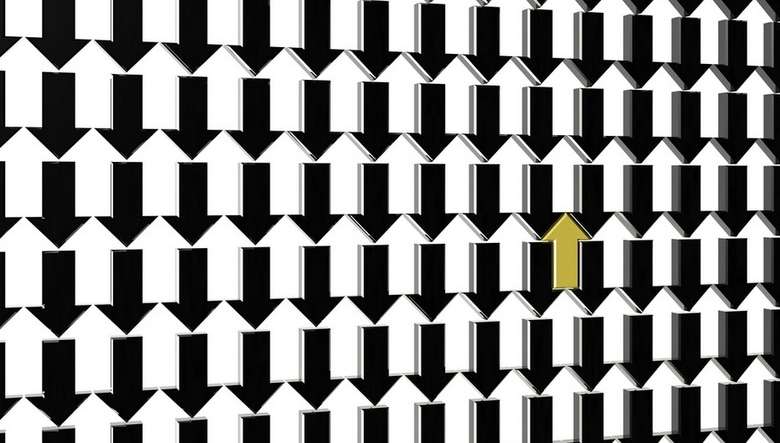 You can look at Catherine Kaputa’s book Breakthrough Branding, which looked at the maverick ideas of various successful entrepreneurs.  But you can look at any number of entrepreneurs who put their stubborn or contrarian ideas into play.

Call it thinking outside of the box, ignoring conventional wisdom, whatever you will.  But here are 6 contrarian ideas for business success.

1. Find Out What’s in Fashion and Ignore It

It’s OK to create products that appeal to millions—that’s where the money is.  Nobody’s suggesting that you make obscure products for strange cult audiences.  But the way to cash in on great ideas is for them to be ahead of time, based on a gut feeling, a sense that you know what can take off without being told by obvious cues all around you.

Note, above, when talking about coming up with an out of box ideas, shirking fashion, I spoke in the plural, ideas with an “s.” Big ideas do come along, but empires can be built of small ideas.  It can be an app, something that works with something existing, something that helps people in a particular industry—facebook is known by everyone, but there are many rather anonymous developments that have made millions.

People would never do X, You can’t do Y without Z, etc.  These are all assumptions that could stop a potentially-successful entrepreneur in his or her tracks.  The idea is to give it a shot and give people reasons to do the thing they supposedly won’t.

It’s becoming increasingly common for people to push secrets, formulas, magic bullets, quick answers.  Therefore, though this probably shouldn’t be contrary, it is contrary to think that there isn’t a particular thing to do.  Great success often comes from an overall philosophy.  It’s deciding how you want to do things in general and then relentlessly following that, as it applies to marketing, employee relations, everything.  Just as a small idea can be the big idea, success as an entrepreneur comes to deeply committed people.  It does take place over years—it’s not the idea but the execution.

A good method for success is to look at run-of-the-mill people.  It’s dogma to learn from mistakes, but what about learning from others’ mistakes?  Analyze what mediocre people do and learn from it.  Do a lot of things just the opposite.

There’s a pretty entrenched idea that the early part of a business is no time to experiment, tinker, innovate, change.  But the enemy of a new business is not getting publicity, not being able to hire enough staff, things like that.  Some daring move won’t be what sinks you, but could be what makes you succeed.

The outspread of Covid-19 has proven problematic for businesses worldwide. Many had to shut down operations because of prevailing losses, while others … END_OF_DOCUMENT_TOKEN_TO_BE_REPLACED

Getting a promotion or gaining extra qualifications should increase your earning power, so why does your budget seem to take a hit every time you take … END_OF_DOCUMENT_TOKEN_TO_BE_REPLACED

Access to capital is a big problem that entrepreneurs face when starting their business. Although there are other issues involved when launching a … END_OF_DOCUMENT_TOKEN_TO_BE_REPLACED