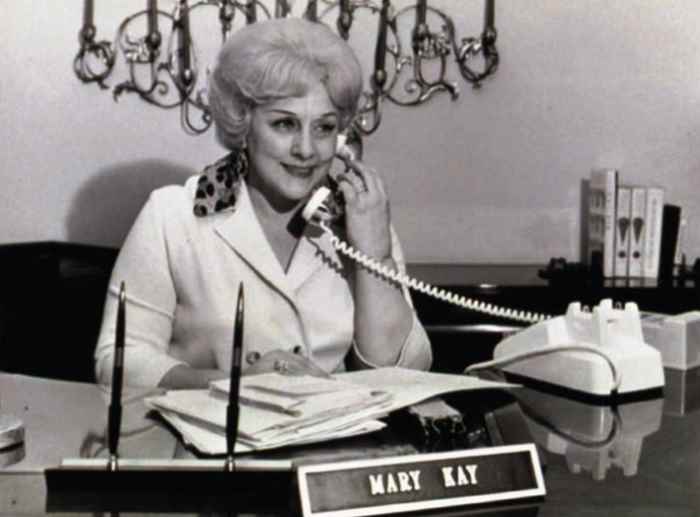 As the business prospered, Ash became the High Priestess of Pink, tooling around in a Caddy of that color, and generally becoming a celebrity in her hometown of Dallas.

But something else happened, which is that Ash became immensely influential and inspirational to thousands of women, entrepreneurs or otherwise. She has no shortage of opinions and aphorisms, and her overwhelming positivity is what makes her so beloved.

Ash really tapped into a cultural mood at the turn of the century by championing belief, a nearly decadent, self-consciously irrational belief. She’s a huge proponent in an “if you can dream it, you can do it” ethos that might seem sappy if not for the success behind it. After all, if, at age thirty-seven, if Ash would’ve looked fifteen or twenty years into her future, she wouldn’t have had any way of picturing herself as a wealthy High Priestess of Pink

One of Ash’s most famous aphorisms is “everyone has an invisible sign around his or neck that says ‘make me feel important.’ Making her employees feel important is a particular skill of Ash’s. Not long after launching Mary Kay, Ash began holding annual awards and recognition ceremonies for her employees, making a spectacle of lavishing praise on the deserving.

It’s a hard thing to wrap one’s brain around, having priorities above one’s career. We are told to throw everything into our jobs, that if we don’t throw our souls into our work, we won’t succeed. But having principles and ideas that are more important than the bottom line, paradoxical though it may seem, is the line of thinking on which many of the most successful entrepreneurs act.

The elbow grease, they do throw into the job itself, the pragmatics. But overhanging everything is a construct, a larger mission. In Ash’s case, it was God first, family second, and career third. It’s been proven time and time again that love is the secret ingredient and that companies backed by someone with strong values is often successful.

Ash, like Howard Schultz and Steve Jobs, knew how she wanted things done. And this was based on a solid idealism, a sense that certain injustices or inadequacies in business practices be redressed, that her company wouldn’t do things in ways of which she didn’t approve. Maybe this is the biggest lesson entrepreneurs can take—it’s really the values behind the company that matter.