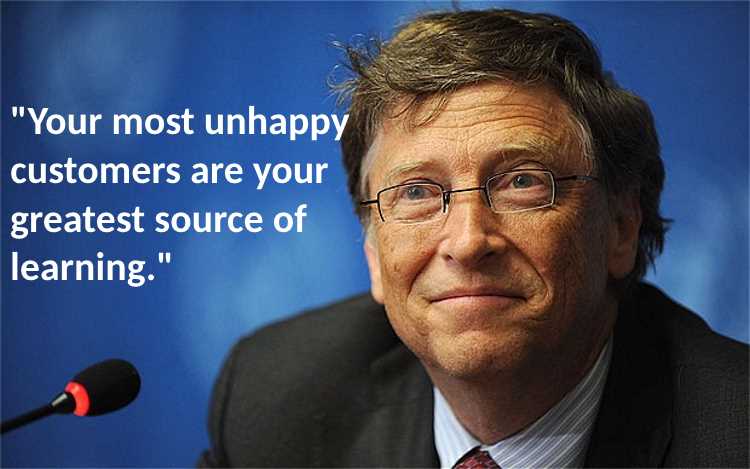 Bill Gates began programming at age 13. As a college student, he began developing the seminal programming language BASIC. At the tender age of 25, he founded Microsoft. Keep in mind, this meant founding a company to produce something that at the time was not part of everyday life. In 1975, recall, computers were the size of bookshelves at Barnes and Noble. But Gates and his partner Paul Allen believed that smaller versions could be produced and live on people’s desks worldwide. How did that turn out, by the way?

Gates is inspirational due to his intelligence, ingenuity, and foresight. But it’s also worth noting that in the last few years, he’s been no longer running Microsoft, instead focusing on humanitarian efforts.

Here are the 8 best inspirational quotes from a great businessman and humanitarian.

1. “I’m a great believer that any tool that enhances communication has profound effects in terms of how people can learn from each other, and how they can achieve the kind of freedoms that they’re interested in.”

3. “Smart is an elusive concept. There’s a certain sharpness, an ability to absorb new facts. To ask an insightful question. To relate to domains that may seem connected at first. A certain creativity that allows people to be effective.”

4. “As we look ahead into the next century, leaders will be those who empower others.”

5. “Your most unhappy customers are your greatest source of learning.”

7. “I really had a lot of dreams when I was a kid, and I think a great deal of that grew out of the fact that I had a chance to read a lot.”

8. “The vision is really about empowering workers, giving them all the information about what’s going on so they can do a lot more than they’ve done in the past.”

Technology has changed the way businesses operate and the increasing use of data is yet another way in which tech is revolutionising industries. Now … END_OF_DOCUMENT_TOKEN_TO_BE_REPLACED

In the growing internet of things, security is becoming a much more serious concern for businesses. Nowadays it feels like everything is connected to … END_OF_DOCUMENT_TOKEN_TO_BE_REPLACED

If you are an international student studying abroad, it can often be a rough experience. You are in an unfamiliar setting and are away from your … END_OF_DOCUMENT_TOKEN_TO_BE_REPLACED