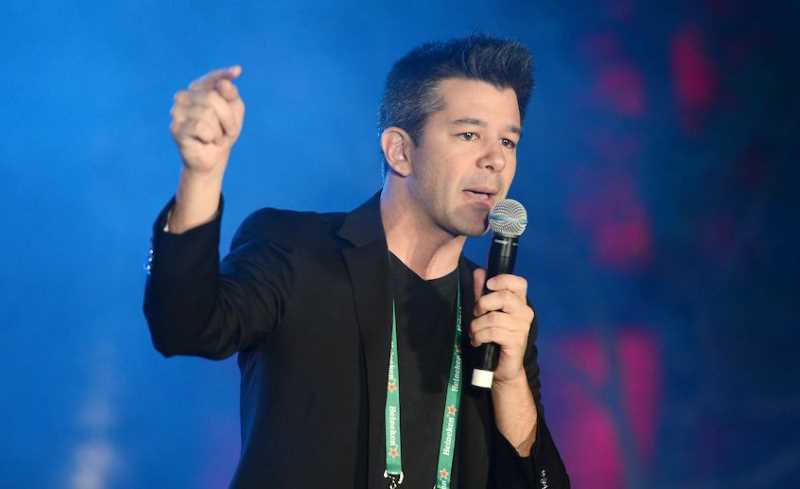 You press a button on your cell phone. A car comes to pick you up and drive you downtown, to the airport, wherever. You don’t talk to anyone. You can’t pay the driver with cash, not even as a tip. You can rate the driver online, and the driver will rate you for punctuality, back-seat driving, etc.

What mind would be behind a whisper-quiet, coolly-efficient transportation-infrastructure system? Those who know Travis Kalanick, the founder of Uber, a tech powerhouse matching rider and driver that is valued at over $3 billion, create a complex, but not contradictory, picture. The word “asshole” is used by many of his former colleagues.

It’s clear Travis Kalanick is no-nonsense, aggressive, probably abrasive, with a tendency to have burned bridges.

Years before Kalanick developed an impersonal, no nonsense, hyper-efficient ride-summoning app, he was adept at finding a need and aggressively filling it. He started his first business near the end of high school, having found he could nail a 1580 on the SAT (under the old scoring system) without breaking a sweat. From there it was an SAT training course called “1500 and up.” Presumably, this short-lived venture gave young Kalanick some spending money, but at UCLA, it was on to bigger and better things.

Along with his buddies Michael Todd and Vince Busam, Kalanick embarked on a project that was amazing in its prescience, one that could have made them all multi-millionaires. Kalanick joined the company soon after it had developed Scour, a peer-to-peer search engine allowing people to scour peers’ hard drives and download their files.

It may sound a lot like Napster, and in fact, Shawn Fanning is known to be an early user. He took what he’d learned and developed the world-famous early file-sharing software.

Scour conducted its business out of an LA apartment for a couple of years during the tense epoch when content providers were suing the file sharing gang left and right. Ultimately, the strain caught up to Kalanick. He left Scour and founded RedSwoosh.

In 2007, he sold the company, worked as an angel investor for a couple of years, and eventually founded Uber.

There, he began to face the same sort of resistance from existing taxi companies and municipalities as he once had from music companies.

His app, allowing people to view a map of their destination and a fleet of available cars nearby, was just too good not to breed resentment from the competition.

Washington D.C., for example, enacted price minimums for car services that they called Uber Amendments. Kalanick’s usual approach is to charge ahead and let the obstacles present themselves mid-project.

He had developed the paradigm of the creative pragmatist, someone who is a bit out there, but also analytical. As he has built his Uber empire, he has sought to hire general managers who fit this mold. While picking people up and getting them to their destination is pragmatic, the ice-cream trucks and dessert trucks would fill the creative part of the phrase.

Kalanick may be finding greater longevity with Uber than with his other companies, or may flame out and come back with another innovation. Stay tuned.

Are you wanting to learn all that you can about how to make your presence known on the internet? Looking for ways to get in front of your target … END_OF_DOCUMENT_TOKEN_TO_BE_REPLACED

Pharmacies must find a way to compete with other businesses in their industry. More comprehensive assessments of the business and how it operates … END_OF_DOCUMENT_TOKEN_TO_BE_REPLACED

Gaming is a hobby that so many of us enjoy, but depending on the style of game we play, and how seriously we take our hobby, it can get a little … END_OF_DOCUMENT_TOKEN_TO_BE_REPLACED