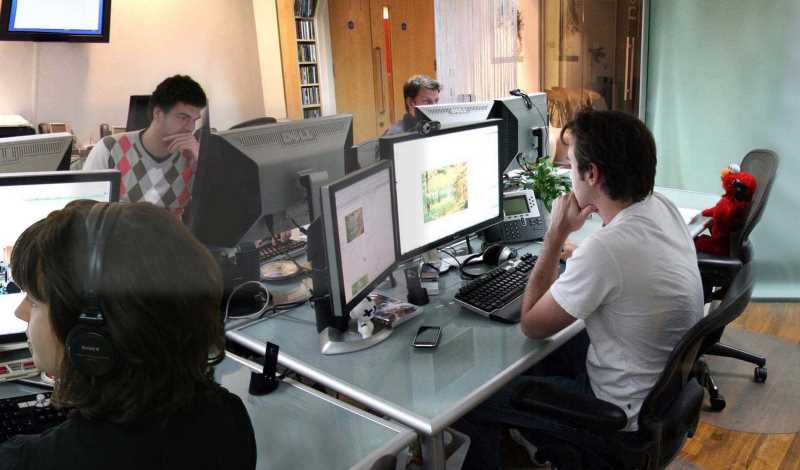 The pizza boxes piled in the corner, the candy bar wrappers on the desks. Bleary-eyed twenty-year-olds furiously coding in the darkest hours just before dawn.

You’ve all heard the stories of Zuckerberg and his crew launching Facebook from a big house they shared like a small fraternity. But can living with your startup partners work for you? Or will you just end up as discontented roommates, fighting over who’s going to recycle the pizza boxes?

One team that not only made it work but that feels living together is a necessity is WorldLister, whose CEO, Bryan Harmon, feels that the live-in lifestyle facilitated the company’s launch and moved it up precipitously. In terms of pragmatics, Harmon said the time it took him and his team to do the coding and all the other hard work necessary for their tech company would’ve dragged the launch out forever if they wouldn’t have made it a round-the-clock enterprise. But in a deeper sense, the kind of philosophical commitment to their mission that was necessary to see it through was best fostered with the guys together, living it, supporting one another, keeping one another on track.

Another example is the startup Enplug, which creates smartphone-activated interactive ads. The company is headquartered in a Malibu house in which all the employees—plucky twenty-somethings—live. It would be like a reality TV show if not for the fact that the participants are doing something productive.

Nanxi Liu, one of Enplug’s co-founders, says that the team has evolved into a type of family, with some members being the ones to take charge and give orders to the misbehaviors, with this extending so far as kitchen cleanup.

This sort of touchy-feely dynamic would make just about any reasonable person skittish. The idea, though, is that the kind of work that comes from a company whose team members are a sort of family should justify the awkwardness. It’s a cost-benefit equation. Living together seems best for teams with a well-defined mission that the team members find worth sacrificing for.

Saving Money With the Startup House

But on the practical side, living together in one big startup house can be very economical for a fledgling enterprise. Residential rents will be lower than commercial rents, for one. And some startups involve people from various parts of the country, which necessitates flights, hotel rooms, etc. It’s amazing how many incidental expenses you can avoid by packing it and locating the company under one roof.

While you’re not an entrepreneur because you’re a lemming, you may be interested in knowing how much of a culture has sprung up around the idea of living and working together. Two forward-thinkers, Dave Baiko and Dar Caldwell, have actually built two Cleveland homes called LaunchHouse, meant expressly for young entrepreneurs to live in while getting a daring new business of the ground.

Rents are kept low, and office space is present in a third-floor attic. The two houses are meant to be the start of an entrepreneur’s village.

Well, perhaps not everyone is doing it. Living together may not be the way to launch every startup. But it tends to form togetherness, speed up launch times, cut down on some expenses, and, ultimately, keep the ideas flowing. The houseful of creative minds is a great way to harness creativity, ensuring that some of the best ideas of the team don’t get lost in cluttered inboxes, misread, or forgotten. It’s really the pizza boxes that should get piled up in a corner.

Technology has changed the way businesses operate and the increasing use of data is yet another way in which tech is revolutionising industries. Now … END_OF_DOCUMENT_TOKEN_TO_BE_REPLACED

In the growing internet of things, security is becoming a much more serious concern for businesses. Nowadays it feels like everything is connected to … END_OF_DOCUMENT_TOKEN_TO_BE_REPLACED

If you are an international student studying abroad, it can often be a rough experience. You are in an unfamiliar setting and are away from your … END_OF_DOCUMENT_TOKEN_TO_BE_REPLACED