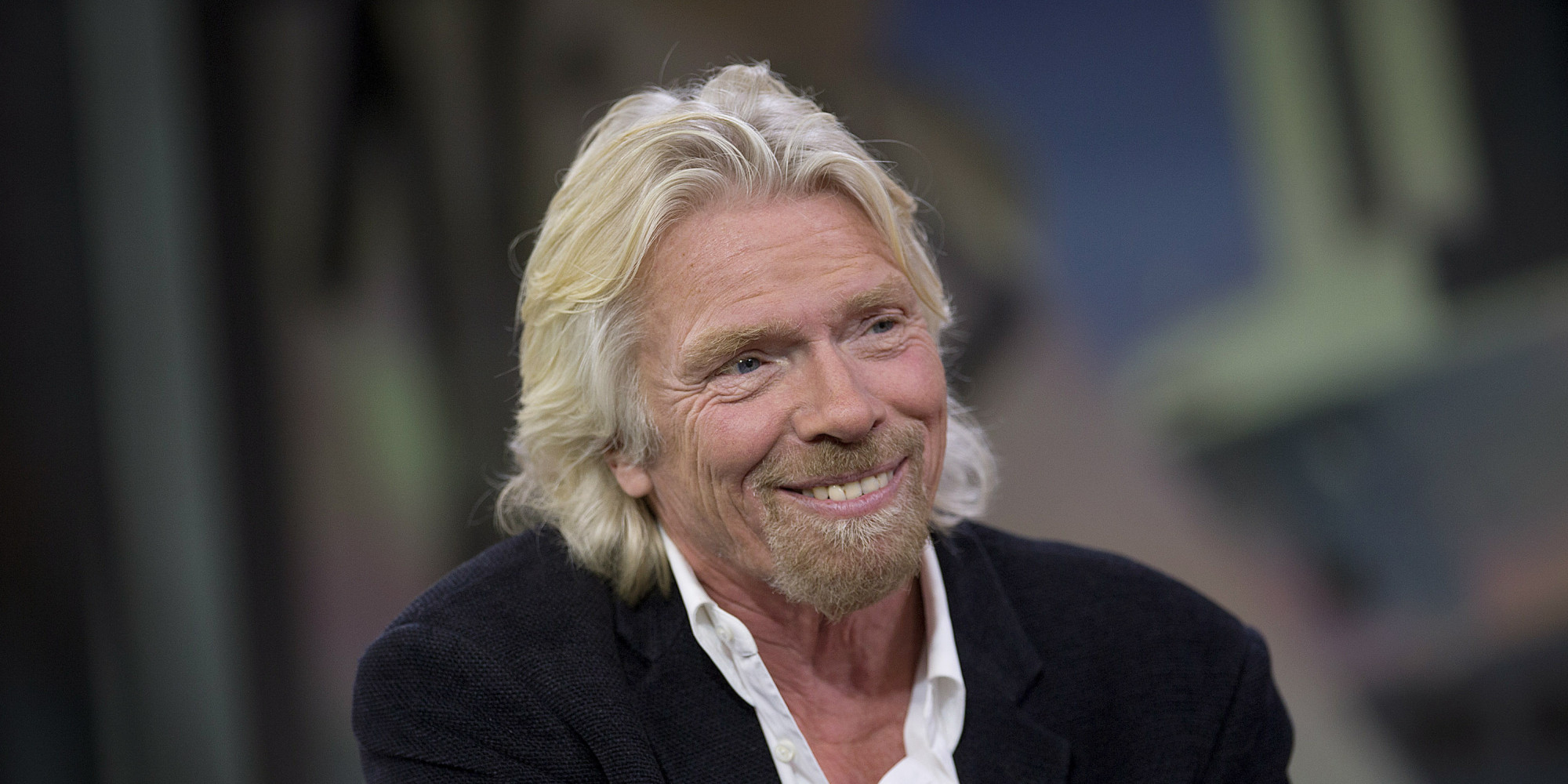 When it comes to entrepreneurship, there are several names that you should be familiar with. In this market, it is important to have a model to lead you in the direction that you want to go. A model that has been tested, tried, and true.

These models were created and based off of the challenges thrown at successful entrepreneurs that started off similar to where you are now. They changed their reality and decided that a traditional job doing traditional work was just not going to cut it for them. They wanted to aim higher and make an impact on their world in a big way. These people have carved a path and have set a great example for rising entrepreneurs to follow in their quest to build a successful home-based business empire.

One of the prominent entrepreneurs to look at would be none other than Sir Richard Branson.

Richard Branson, born and raised in Europe, defied age norms and tapped into his entrepreneurial spirit at the ripe age of 16 years old. Throughout his school years, he had chronic problems with connecting to his education due to his dyslexia. Instead of letting this get the best of him, he decided to shift his problem and make it work for him. So he dropped out of school in the pursuit of establishing his own magazine publication.

He starting investing more into the marketing of his magazine to gain exposure and build his brand. But he didn’t stop there! By the age of 20, he was hit with another idea to expand his business into opening a record shop. What he did not know then is that the simple name for his business, coined Virgin, would be the spark that ignited a billion-dollar company with immense branches in numerous arenas.

Besides Richard’s dyslexia, there were other challenges and obstacles he would have to get through that ultimately catapulted his success to where it is now.

Between his magazine publication and record shops, Richard had to learn the harsh reality of what it meant to really maintain a business smoothly, how to manage his money, the importance of integrity, and a persistent commitment to himself when the going got tough. With a very persevering attitude in the midst of adversity, Richard was able to learn from his trials and errors and reach higher heights in his growing empire.

From there, he was able to launch his very own record label, Virgin Records, which then helped launch his first airline, Virgin Atlantic Airlines. This led to even more avenues such as a new innovative mobile communications company widely-known now as Virgin Mobile, a spot in the railway industry with his own line called Virgin Trains, and most recently launching his own space travel sector called Virgin Galactic. All of these business sectors, including many more, are all part of the collective called Virgin Group that is still steadily expanding today. It looks like we have quite a lot to learn from Richard.

At this point, you are probably asking yourself “How in the world does one guy accomplish all of this in one lifetime??” The answer is simple. He consistently meets the needs of consumers everywhere in a new and refreshing way.

Before starting your own business empire like Richard, you must first see there is a need. Our emotions have a very uncanny way of propelling us to make decisions that eventually make or break us. So in order to see that there is a need, you have to be very aware of the world around you and what can be done better to improve it. You can start by figuring out what you are really passionate about or what pisses you off.

Odds are there are other people out there who may feel the same way you do but have no clue on how to fix it, if they ever want to really fix it at all. Either way, you are now in the space of having the opportunity to take action and do something about it that will, in the long run, help people on a global scale.

Let’s start with your day job. You are starting to hate the fact that you have to wake up every day —at a time that where if you had the choice you would rather stay sleep for a little while longer, just to go to a job where you are making someone else richer by the hour.

Nine times out of ten, you don’t even know who this invisible person is that seemingly towers over your boss and your boss’s boss.

All you know is there is a name that keeps popping up on your letterhead that painfully reminds you every day that there is a person somewhere up on the ladder that can easily sit at his desk high in the sky and watch the clouds go by because he has people doing the work for him.

This person earns triple or even quadruples what you earn and doesn’t even break a sweat. On the other hand, you break enough sweat to start your own bottled water line. You are surrounded by coworkers who vent about the same frustrations that you have about this ethereal CEO towering over everyone. Yet they think this is just the way of life with no end or change in sight and so they go about their mundane tasks, only to start complaining the very next day. So, what do YOU do about it?

At this point, it is time to come up with your plan of attack. Or in this case, escape. You treat this mission like a government top-secret that can never ever get out. In other words, you keep it to yourself until you have everything mapped out. While still at your day job, it’s wise to start drafting up a business course of action that will help you launch your business when the time is right. Another strategic move in your plan of escape is to seek out the counsel of already successful entrepreneurs you may already know. This kind of business relationship will help to keep you grounded and focused while giving you the sound advice you need to stick to your goals of becoming your own boss.

This kind of business relationship also is a given for helping you stay inspired by what you want to achieve for the simple fact that you can actually see someone, in real-time, living the lifestyle you are striving for. Not to mention they can give you a heads-up on pitfalls and red flags to avoid. Who wouldn’t want those valuable insiders when first starting out?

Next, it is time to invest in you. Investing in you may come in various shapes, sizes and forms. Regardless of how it looks, the fact remains that this is going to take an incredible commitment to self to see it through.

When it comes to discovering what it is you’re good at and passionate about, you have to find a way to link that with what consumers in that particular category are in desperate need of.

In Richard’s case, he was increasingly dissatisfied with the way customers (which sometimes would include him) were being treated in certain markets. He was really passionate about catering to the needs of the consumers because, at the end of the day, he knew that they were the most important key to the success of any business. This would be similar to a famous recording artist with a huge fan base. Without those fans, the recording star would fall way behind and become really irreverent really fast. One by one, Richard set out to change the way those particular markets handled their customers. This led to him taking over those markets and drastically changing them for the better for years to come.

The third step is to start making those ideas and dreams you have a reality. If Richard just kept his ideas and dreams in his head without taking any action, our world would be a much different place. No one would have the unique inspiration to have forward thinking in the way that Richard created it. In order to make this your reality, you have to not only exhibit an incredible sense of self-commitment, but you must also have the confidence to believe in your ability. Having crippling self-doubt is not the true spirit of a successful entrepreneur and it will eventually and continuously work against your efforts. To go along with this, you cannot act slowly on how you will implement the launch of your own business.

In today’s global culture, there is always someone else that can replace and fill the shoes of someone who dragged their feet. The procrastination of goals is a surefire death sentence to an emerging entrepreneur. You do not want to be left in the dust.

So now you have your plan of escape from the traditional job market. You are ready to tackle your ideas and dreams head on, prepare a business plan to launch, surround yourself with like-minded veterans of the entrepreneur world, and build the confidence to see it through. At this point, you may ask yourself “What is that I’m missing? I have all the tools I need!” Well, almost. The last thing you should do in preparation to quit your day job is to prepare for failures. Yes, you read that right.

Throughout and in between Richard’s numerous successes, he also had some failures that could have singlehandedly put a halt to his global empire. One of these failures included the temporary loss of his record label in the early 90s due to financial hardships. He was totally crushed. But he found the courage to let his failure fuel his desires and reemerged once again, bigger and better this time around, with a station called Virgin Radio and a second record label called V2. It is never too late to turn it all around.

So now you have the proper tools and have learned when you should quit your day job according to Richard Branson. As you have probably figured out already, this is not a decision for the faint of heart. There is some deep thinking that is involved, some planning that needs to take place and a course of action that needs to happen at the right time suited for you. Quitting your job with no action afterwards to back it up will have you falling to your doom. Now that you are aware of what needs to be done, what’s stopping you from changing the world?

You can find more on Richard Branson here.