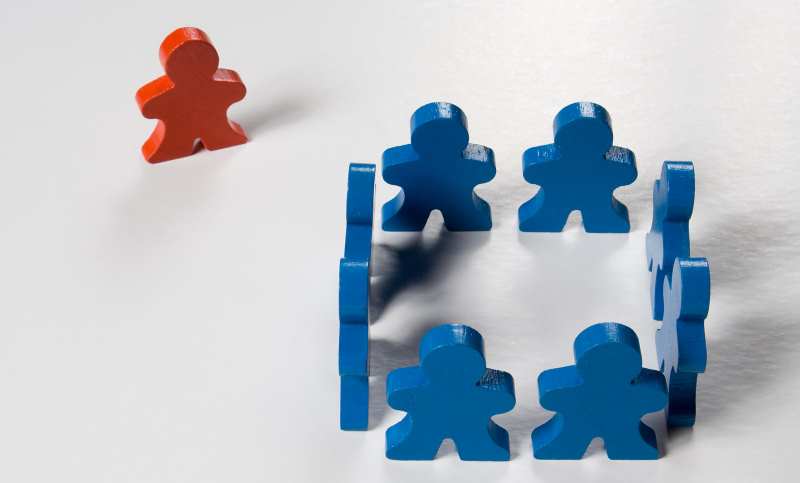 If you don’t have a lot of money in your business to spend on marketing, then conventional wisdom dictates that you need to kick your creativity into high-gear. But trying to think outside-the-box with your marketing strategies may be difficult if you are not so creative by nature.

It doesn’t have to be though.

Outside the box means that you are doing something most people aren’t already doing. But as you’ll see from some of the examples below, you don’t have to re-invent the wheel. You are looking for marketing methods that are personable, highly connected to your brand, and perhaps a bit unconventional, but at the same time are simple, low-cost, and driven to bring in conversions and repeat customers.

So what could such “marketing methods” look like? Consider the strategies mentioned below:

Using Social and Digital Media to Market Your Brand

You may be thinking, “Well, social media  isn’t really outside the box… ” But  how you use social media makes all the difference.

Turning to social and digital forms of marketing your brand has many benefits. They are typically low-cost solutions, with great potential reach and influence, and a tremendous amount of room for customization and improvisation.

A good example of successful digital strategy is one used by Waste Management. They feature Houston Texans football player, Connor Barwin, in a commercial that plays at every home game on the Texans’ jumbotron and gets the crowd excited. The brilliance of the campaign is that Barwin is talking about Waste Management and promoting their brand the entire time. People notice the brand around the stadium, and that makes them more prone to search for both the company and the video, which is posted on their Facebook page, their Twitter account and their YouTube feed.

Now you may not be able to afford to do something on that scale, but there are always opportunities to do something like this at places where your target community will be.

Imagine shooting a low-budget short that shows the local high school football team in action, bringing in the coach or a player to do a little snippet for your brand. Then you get the video to show at the local malls, on the Public Access channels or anywhere else you think the people you are targeting will be.

People in the area will then know that that player is in the “commercial” and search for it on your social media pages. You’d be surprised how quickly this type of thing spreads. And when it brings people back to your social site, you are more likely to bring in conversions.

Harnessing the Power of a Grassroots Campaign to Promote Your Business

Grassroots campaigns – the use of people on the ground to deliver your message – have been around for a long time (think: non-profit organizations). But possibly the most successful grassroots campaign in recent memory was that of the Barack Obama for President Campaign in 2008.

The campaign utilized volunteers on the ground who truly supported the cause to get his message out to other potential supporters where they were – whether they were walking home from work or buying ice cream at the local store. This movement was then seamlessly combined with his unprecedented social media presence. Whether or not you support President Obama, it’s hard to deny how crucial this all was to his victory in the election.

If you are looking to promote your small business’ products and services, you send out a small, mobile army of brand promoters who can go to popular, local hangouts and engage with people face-to-face. You can further tap into the power of grassroots campaigning by setting up stalls at local events where you could offer free samples or promotional products, participating or sponsoring community-based initiatives, or even organizing your own local events. To do this effectively, you may want to consider partnering with other business owners in your area who also want to get their message out there. This can additionally help to keep costs low.

An effective word-of-mouth marketing campaign, creates “buzz” for your company. This “buzz marketing” as it is called, often starts with a series of carefully coordinated moves, such as hosting a contest, sponsoring a well-known event, or carefully timing a product or service upgrade. These moves are designed to spark interest among your current and potential customers. The difference between this and a grassroots campaign is that the message you have sent out grows organically as customers and consumers spread the word themselves- whether it’s in person or online via shares, likes, and retweets that have the power to send your message across the web like wildfire.

Good examples of recent uses of “buzz marketing” are Spotify (the free music player) and Facebook. Both companies had no formal marketing campaigns. They instead relied on organic, word-of-mouth marketing to get their brand out there.

With any outside-the-box marketing campaign, you have to be very careful not to misrepresent your brand. If you are utilizing a grassroots campaign, you want to make sure not to appear too needy or overly aggressive. If you are trying to create buzz, make sure the buzz doesn’t become like a game of “telephone,” where the message gets distorted as it gets spread around the community.

Lastly, make sure you’ve got some objective feedback on the campaign before you go about initiating it. It’s very easy to get so caught up in the campaign that you fail to see some obvious, potential pitfalls. One recent famous marketing stunt that ended in disaster was that for the show Aqua Teen Hunger Force. The TV show used magnetic boxes with flashing LED cartoon characters and put them around Boston. But, the boxes were mistaken for bombs and the police had to shut down subways and bridges while they investigated them. They were all confiscated and some were even destroyed.

If you are looking to get your message out there, you may have many more options than you realized, and you can uncover a bit of hidden creativity you never knew you had.