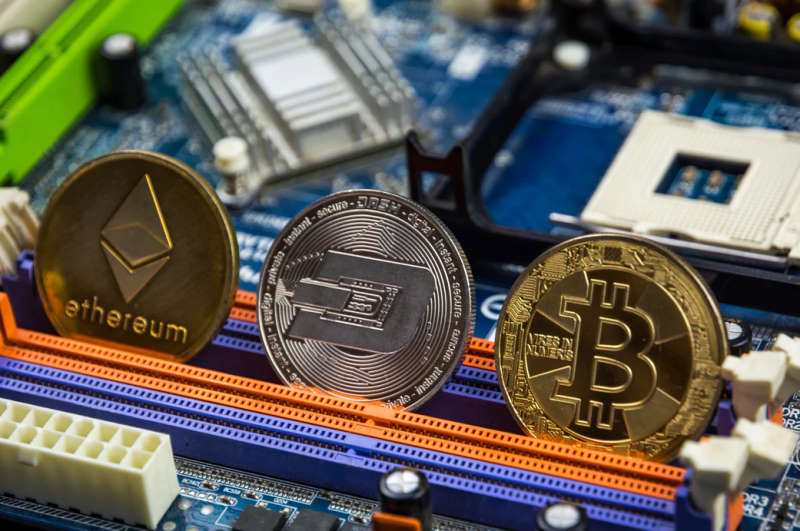 Over the last decade, hundreds of virtual currencies have entered the crypto market.

Although this number is quite large, not all succeeded as the top performing virtual currencies and many even ceased to exist. However, the ones which did perform, allowed the investors to make huge gains through profits on their crypto holding trades.

Bitcoin, as most of our readers would be familiar, has been dominating the crypto market since the beginning of the phenomenon of crypto in the world, enabling the high risk-takers to bag tremendous amounts of profits as the price of bitcoin skyrocketed in the last few years. However, the emphasis of this article is on the other digital currencies, which have recently proven to be very lucrative for the investors and are on an upwards trajectory in terms of the value of the currency and its acceptance all around the world. Our focus will be on the most prominent currencies which allowed the investors to earn great amounts of returns on their investments.

Although there are more than a thousand digital currencies in the market now, we will be highlighting the top 3 cryptocurrencies on our rankings other than the pioneer crypto bitcoin. The focus of our analysis, however, is for the current year and based on the technical analysis of these digital currencies based on their recent performances in the crypto market.

If you are looking to minimize your losses and maximize your profits on trading your digital currencies online, we have got you covered. in order to trade your crypto online via the best automated crypto trading bot in the world, based on advanced AI and algorithms which ensure higher profits and lower losses for its users.

So far, BTC has topped the charts of the most demanded digital currency all around the world, given its historical performance and positive forecasts many investors are fond of it. Nonetheless, there are several other currencies which have risen higher in quite a short period of time. We will be analyzing each of these top three digital currencies turn by turn for you, which are as follows:

Ether stands second to the world’s leadingBitcoin, given its steady performance over the last few years. Its value has taken giant leaps in the last few years allowing it to rise closer to the leading crypto signals in the world, bitcoin. Due to this sharp rise in value, Ether has gained massive name and fame all around the world, turning the heads of a lot of investors. At the time of writing, Ether trades at a whopping price of $2130.83 on Tuesday, April 6. One of the key reasons which catalyzed the price surge of Ether was its upgradation from Ethereum to a newer version, ‘Ethereum 2.0’. This block chain is used most frequently after Bitcoin.
Reasons to go for this virtual currency

Ripple is also a good crypto option to invest in. It has performed quite well in the recent few years, proving to be extremely profitable for its investors. Its key features include relatively lower exchange rates. Given the fact that investors of Ripple do not have to go through a bank service, hence the process of validation which joins the benefits of this crypto is not that regressive. It should also be known that several different banks are linked together via this digital currency i.e. via its services. Hence Ripple is considered to be a good and reliable option to be included in the investment portfolio. Also, Ripple has proved itself to be one of the most affordable crypto coins when compared to others in the market. At the time of writing, Ripple trades at $0.8848.

Litecoin has also been among the top performing crypto in the market, with an impressive growth in its value (price) in the recent time. As a matter of fact, Litecoin ended the previous year as the 8th best performing virtual currency in the world, hence gauging the interest of the investors and attracting a wide array of traders towards itself. At the time of writing, this virtual currency costs $223.20 per litecoin, which is still quite affordable for the investors relative to the ones such as Ether and Bitcoin.

Reasons to go for this virtual currency

When we look at the past trajectory of this crypto, it shows a positive trend, generating high yields for its investors, producing profits as its value has surged. Surveys show that the investors of litecoin have been quite satisfied with its performance relative to other equal players in the market. Hence, this crypto has made it to our list of the top 3 crypto to invest in during this year.