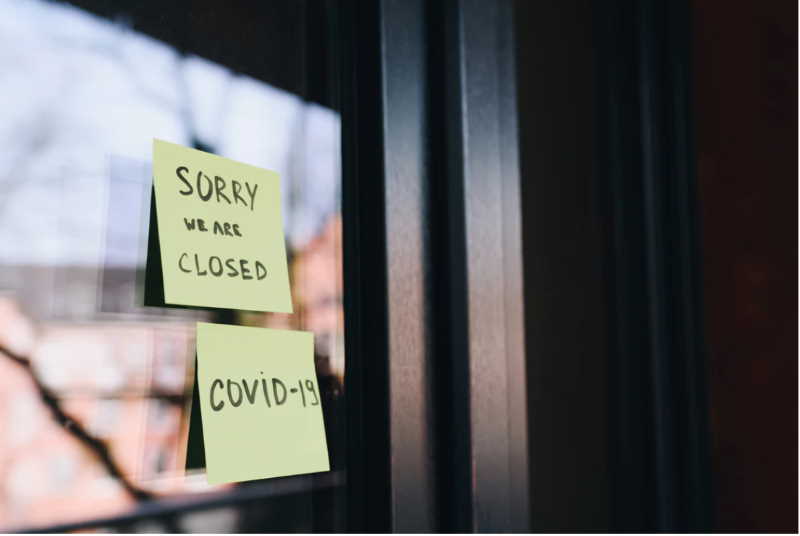 Five months into the COVID-19 and the virus has taken too many lives.

We’re constantly bombarded with cases, deaths, R number and which country is doing the best/worst. The numbers we’re more unfamiliar with is just how many small businesses have been written off due to COVID-19.

By mid-April, a quarter of UK companies had temporarily closed. No sales; nothing for 3+ months. 38% of the companies still operating had reported substantially lower revenue, and things haven’t got any better since.

In the US, 7.5 million small businesses will shut permanently if such pandemic-related disruption persists, of which 90% had fewer than 20 employees. Clearly, this pandemic has shined a light on how not only is health more important than wealth, but wealth actually buys you health. Larger companies will be more equipped due to higher cash reserves and their receivables, in the same way that those in the upper tax bracket are better suited to self-isolate in their large homes with land, home-vegetation and the freedom to take time off work.

There has been some government support, but many worry that this will not be as generous a second time around. So, a second wave would be far more devastating economically, and yet we are still yet to fully understand the economic consequences of the first wave.

Why your small businesses are more in need of a financing

It seems obvious, yet many aren’t understanding the wider issue here. Debt is always seen as a failure when used as a last resort — or rather, something that should be used proactively (i.e. expanding) as opposed to reactively. But the number 1 priority is solvency during a crisis; to weather the storm. And, whilst there have been some grants handed out, these are never as much as debt due to the nature of them not being paid back.

Lockdown measures are still in place, businesses are still half open, half closed, and customers are still skeptical about going out to spend money.  Once the grants run out, rent payments, overheads and wages will be near impossible to pay for when lockdown measures restrict business — particularly when they “re-open”.

What I mean by that is, being open can cause more issues yet incur more costs. You can re-open your SME, but you there are broken supply chains, fewer customers, receivables struggling to be collected, no tourists, exports being held up in other countries and so on.

Lenders are being tight, and it’s for two reasons. Firstly, credit is restricted. Capital that’s available for lending is at its peak during the good times, when the economy is growing and there’s no uncertainty. It’s no surprise that in the exact opposite scenario, there’s not a healthy flow of credit circulating the economy. In fact, another debt crisis and credit crunch could possibly loom if the pandemic was to spark a complete recession.

Secondly, the unique qualities of enduring a pandemic means that assessing risk is a lot more difficult. Companies less than 10 years old will not have any proof that they can survive an economic crisis. In fact, companies younger than 29 years will not have such evidence in Australia, seeing as that was their last recession. So, it’s difficult for lenders to look at a company’s credit and finances and determine whether or not they’re creditworthy, because the upcoming 6 months could be a rollercoaster — nobody knows if there will be a second wave, economic crash or a humanitarian crisis.

This has meant most banks and lenders are completely skeptical of even the most viable and healthy of companies. Some small business financing solutions may offer a better shot at financing than banks, but the chances are still not great. The only exception here seems to be government-backed plans, such as PPP in the United States, which stands for Personal Protection Loan of which its total value is $669 billion, and have been termed as small business bailouts. There’s also the Gov Scheme in Australia such as the Coronavirus Small and Medium Enterprise Guarantee Scheme which offers support of around $40 billion in lending to SMEs.

How to obtain a small business financing nowadays

As mentioned above, small business loans are a small possibility, but you would currently be better off trying to seek government support. This means reviewing each support scheme, such as the Australian SME scheme mentioned above, which runs until the end of September and includes sole traders on its eligibility list. Loans are up to $250,000 and are capped at three years, but they can be completely unsecured meaning that your endeavor to stay solvent will not threaten your personal possessions.

Small lenders were mentioned above as being a possibility. Well, many are actually included on the participating lenders list of the Govt Scheme (a list of 41 members). Some members include Get Capital, Prospa, Spotcap, and Lumi.

There’s also a boosting cash flow for employers’ scheme in Australia that’s aimed at SMEs with less than $50 million in turnover. This is aimed at paying the wages, and ranges between $2,000 and $25,000.

There are a few other schemes worth looking at too, such as Business Investment Support, Better Access to Lending for Small Business and the Dedicated Support for Highly Impacted Regions & Industries.

Fortunately, Australia has a fiscally-inclined government, and are aware of the issues restricted credit flows can cause. This is partly what helped them refrain from going into recession in 2008, and it may just be what keeps the economy afloat amidst a looming 2020/2021 economic downturn.