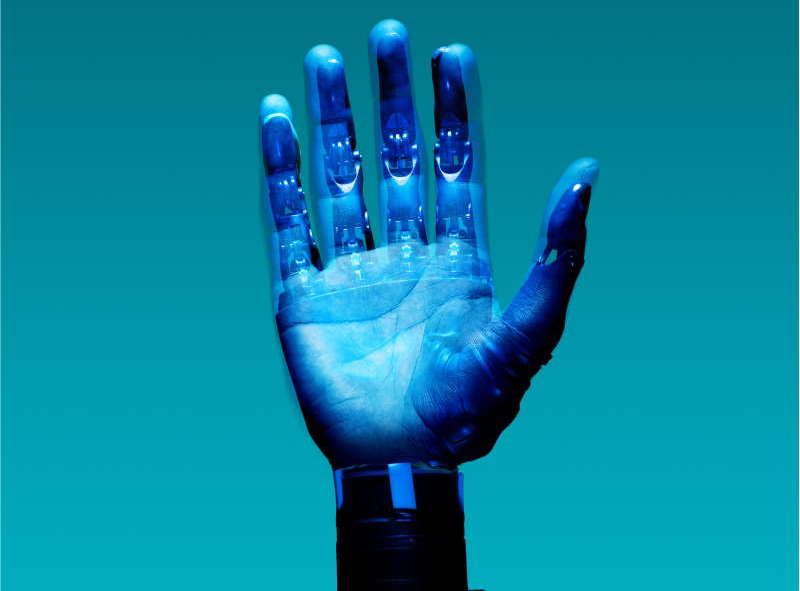 Technology has changed our lives and will continue to do so, maybe for an undefined period of time.

We are hugely benefiting from those technological advancements, and while we are not yet space travelling, living outside the planet, or teleporting, there is for sure progress that is shaping our future already.

The best part is that each aspect of our everyday life is improved due to the technological changes. We can’t stress enough on just one matter, or a group of developments, but what we do know is that are specific technological trends which are leading us into the future.

Let’s take a look at seven tech trends to begin with.

AI and ML are two different things, but they roughly mean similar development. The machines will have increasing ability to act intelligently and learn. They will be one of the foundations of further tech progress.

Artificial Intelligence is a system that already is capable of doing things which are done mostly by humans. While we are used to Alexa, Siri and Google Assistant, this lead to automatization discussion and the way the jobs of the future will be centered on AI – at least the production/manufacturing ones.

Machine Learning means getting a system of machines to learn performing different tasks. This can be combined with AI, as new data will permanently be necessary to make the ML efficient. Both technologies will be used in a lot of industries, and will require new security challenges to be addressed, as they are a lot other level as what we were used to in terms of technology.

IoT is much more closer to humans and we see it in a much “friendly” way. The reason is simple: We are already – for several years now – integrating our daily tech items, objects and devices in a “smart” overall connection, which links them all. And it is all done through the Internet and with the help of technology.

It is of course related not only to AI and ML, but also to Big Data, which is the amount of data created in the world. This huge amount of digital information is just getting bigger each day, as we connect more and more to the IoT. The Internet of Things will be so helpful not only in the home activities, but also when going outdoors or in work-related activities.

5G stands for the fifth generation of cellular network, or mobile Internet. As the previous technologies, this is already on the market, but it will expand even more. It will be the beginning of the new era of the Internet, as we will a much faster and secure wireless networking.

This will mean more devices connected at the same time, and so many industries to benefit from it. For example, mobile gaming an online casinos like Unibet will benefit from these technology. A better speed will help the players, and mobile usage, payments and new experiences will be improved or developed with the help of the 5G technology.

People tend to link the Blockchain technology to the Bitcoin boom in the past years. This is not false, at will be used in payments methods, and largely in the financial sector.

It is a very secure method of storing, authenticating and protecting data cloud. This way, many businesses and giant companies will turn to blockchain when it comes to facilitating trusted transactions.

And blockchain will not be used just for the financial sector, but also for the healthcare and for cybersecurity. This is because not only money, but also data is extremely sensitive, and major institutions will use blockchain to prevent any type of information leakage.

When thinking of VR and AR, the first thing to come to your mind may be gaming. But highly immersive digital experiences will be much more than just curiosity or entertainment. For example, AR could be used in businesses such as advertising, retail, gaming and manufacturing.

Entertainment and e-commerce will be the leaders when it comes to VR and AR, especially when tech companies will start implementing such apps on smartphones and other mobile devices.

Currently, the commercial headsets and software are being improved, which means that in the near future we could use AR and VR also in education or architecture. Faster Internet speeds and higher quality displays and sensors will help developing this trend too.

While many of the above tech innovations and developments will certainly help in the healthcare industry, it will have its separate evolution too with the help of the technology.

The quality of the treatments will be improved because of the ML and AI, but also digital healthcare and telemedicine will gain a lot of ground in the next years. The prediction at the genome level and the more precise diagnosis will also lead the way in healthcare.

And the health sector is aiming also at health checks at home. This is much more time efficient, but also resources efficient, and it will become cheaper through the years. Live monitorization everywhere in the world will also help patients discover any issue very early.

Autonomous driving vehicles are already on the road, but the next year will see even more. And we are not talking just about cars or taxis, but also other land means of transportation, as well as sea and air transport. Ships and aerial vehicles will have unmanned control, and they will be controlled remotely.

Not just the leisure or commercial aspects which will gain out of this, but also the search and rescue missions of all kinds. The fully autonomous level of driving may be achieved in 2020 or 2021.

And as all the vehicles will become more and more digitalized and autonomous, the tech evolution will allow development of transportation which will not be using fuel, but rather other means – maybe electrical – of propulsion.