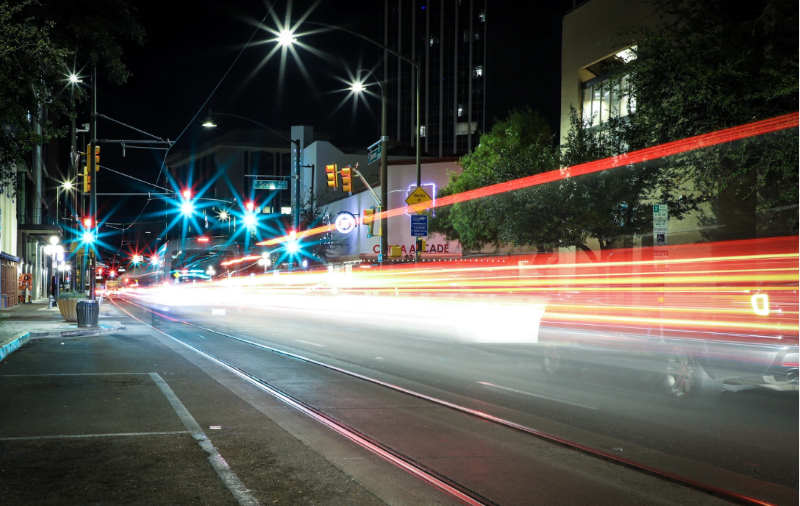 An integrated solar street light is one of the technological solutions invented by scientists and environmentalists in order to provide luminance in streets, roads, walkways, parks, and other open spaces.

It is a compact device from the family of solar-powered products that consists of PV panels (containing solar cells), a LED light, a lithium battery, and a charging controller.

Solar street light uses a smart technology that allows the device to trap sunlight in the solar cells of photovoltaic panels, convert it to electrical energy, store it, and later on, use it for illumination during the night or early morning.

For the most part, solar street lights help in preserving the natural resources of the world and prevent climate change that is initiated by greenhouse gas emissions.

Why Solar Street Lights are Important

They provide safety and security as well as promote activity and visibility.

Without light, people will be groping in the dark.

But to maximize the given objectives, the street lights must be efficient and not harmful to the environment.

A light that induces pollution is not the best solution at all, nor the one that is limited by wires and the electricity provider.

The discovery that superseded the qualities of a conventional light amazingly does not rely on electricity that flows through posts.

Solar-powered lights rely on the sun which is an inexhaustible source of energy.

With that, the new lighting system is no longer contributing to the decreasing amount of fossil fuels.

Wherever movement is detected, the intelligent technology of solar street lights becomes activated.

Also, it gives off less carbon footprint; thus, it is much safer to use than the conventional street lights.

They are the following:

The solar panel is the main component of an integrated solar street light, not to mention, the most vital.

Why? It is the one responsible for trapping the sunlight through its solar cells and converting it into electrical energy.

The photovoltaic cells of a solar panel are located between the semi-conductor properties.

Photovoltaic cells are responsible for separating photons from the atoms which generate the electricity flow.

The cells fuse together to create an electric field.

The electrons of the sunlight, along with other elements get propelled from the junction and produce electricity.

This occurs when a photon frees its electron to drop into the field.

The lithium battery is another essential element of a solar street light which is responsible for storing the converted electrical energy that can be used in the night and wee hours.

The amount of energy stored in lithium batteries equates to the amount of light that can be utilized for the illumination.

Lithium-ion is a compact battery that perfectly suits its position inside the solar lamp.

It is especially useful in times of power outages and extreme weather conditions.

Just make sure that it is fully charged before using it.

The LED lamp is the lighting fixture within the solar lamp.

It is where the light is being produced.

LED or light-emitting diode displays light once electricity passes through it.

It is a semiconductor that contains electrons.

These electrons get fused with electron holes in order to give off energy in photon form.

The primary function of this lighting device is illumination. LEDs are suitable for integrated solar street lights because they consume only a low amount of electricity.

It is also compressed and easy to install inside the solar lamp.

Fortunately, LED lights also last longer than other types of lighting fixtures; they are versatile for any applications too.

To promote efficient power conservation, a charging controller is invented. First, it prevents the lithium-ion batteries from overcharging.

Second, it controls the electric currents that travel to and from the batteries for more reduced power consumption.

A charging controller serves as a protection of lithium batteries against high voltages of electricity.

High voltage can decrease the lifespan of the batteries or worse, make them dysfunctional. A charge controller is a regulator that keeps the batteries from being harmed.

They are very easy to install, even in remote areas that cannot be reached by electric wires from the electricity provider.

The exterior of your home plays an essential role in making either a good or bad impression. For instant curb appeal to buyers and visitors, you need … END_OF_DOCUMENT_TOKEN_TO_BE_REPLACED

For any business that has already invested in a blogger outreach campaign, were you able to reach your goals this year? How confident are you that … END_OF_DOCUMENT_TOKEN_TO_BE_REPLACED

It has been proven with time that we are what we eat, read, think, and how we spend most of our time. With time, we have witnessed the famous … END_OF_DOCUMENT_TOKEN_TO_BE_REPLACED