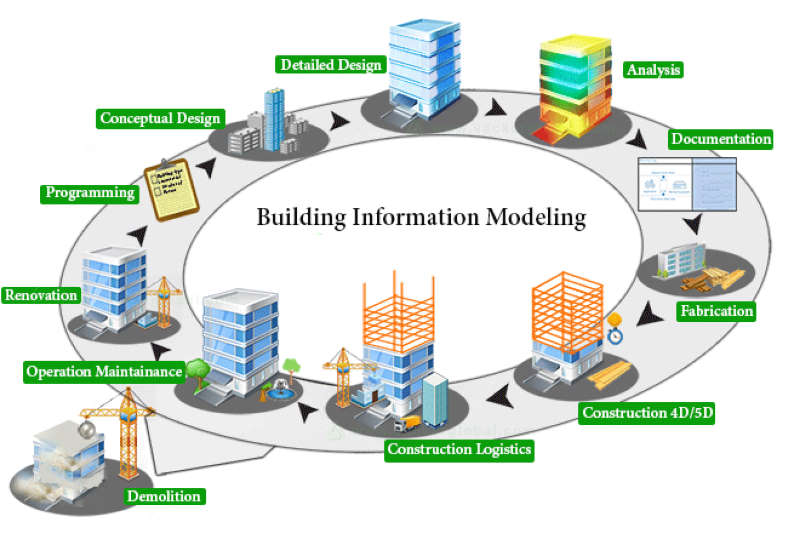 The construction industry is growing tremendously, and it owes a considerable part of its progress to technological developments that have equipped them so.

However, with such a pace of change in design and structure due to new technology being made available at short intervals, there’s bound to be some confusion.

Not everyone absorbs the terminology in one go, and there is a need for breaking down the same for better understanding. The following is the difference between BIM and VDC.

BIM stands for Building Information Model and is representative of a model that is constructed with the aid of a computer that represents the building. At the same time, VDC, Virtual Design, and Construction is a part of a computer-aided construction process using BIM. In a bigger picture, BIM is the basis for VDC to work and provides it the data to do so.

It is thus an improvement over traditional methods but cannot exist without BIM. Most differences between the two are, therefore, on this basis itself. The spatial variation also exists since BIM involves 3D modeling and data input of physical objects.

BIM is an application used in the process. It is construction done with the aid of a computer and thus helpful in the implementation in a particular way by being used as technological advancement. VDC is the process in which BIM is used.

In simple terms, VDC is a better way to utilize BIM in the construction industry. BIM is a critical component in VDC, which is a paperless system that uses the number of software of such software tools to create the models needed.

VDC can be roughly defined as virtually designing a project before it is built in the real world. This helps to have an idea of how the real-life model will look like. The visualization process is sped up through VDC since it can lower risk, eliminate conflicts, and lower the cost of the project entirely.

BIM models assist VDC since they are great for visualization. They are usually fully or nearly fully modeled and almost ready for rendering, sometimes with even texturing and lighting done.

A BIM representation involves digital technology to facilitate communication and collaboration. It shows all functional systems and aesthetics, such as features like windows, air conditioning, doors, wiring, etc. that need to be included in the basic construction model.

BIM is an information-rich model that contains qualities, such as minimum standards and conductivity according to a master specification, thus allowing for a better grasp of things that need to be incorporated into the design.

VDC, on the other hand, helps in the practical application of the same to check if it’s viable at all for implementing.