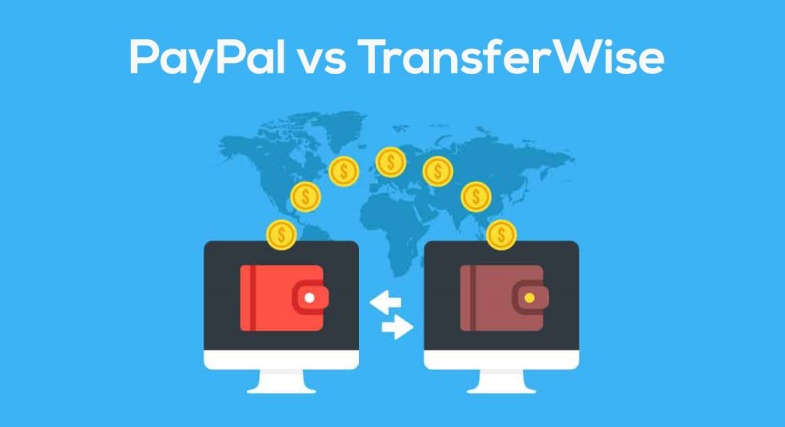 We’ll get to the long answer in a minute, but the short answer is actually quite concise: avoid PayPal as much as humanly possible.

PayPal has a great reputation and deservedly so, for introducing email payments and democratising international transfers away from the banks. However, they’ve been offering quite a poor deal for a long time now, yet are still consistently being used by millions of users around the globe.

To give an example of what I’m talking about, PayPal have increased their currency spread for when paying for goods or sending money to 3.75%.

This means that whatever the exchange rate is, you’re getting that minus a 3.75% fee. Of course, you’re not just getting that currency spread ‘fee’, you’re likely getting another separate fee on top of that for business transfers — this is just for when you convert your money into your domestic income.

3.75% is a lot. In fact, the notoriously expensive traditional banks are even offering cheaper conversions than this in many instances. To give you an idea of how much this can add up to: if your annual income is $100,000 then you will be losing $3,750 in the conversions (again, this is without touching on the other fees).

Despite banks often having a ~$25 flat fee for transfers, the actual spread will likely be more preferable than this, meaning in the case of large transfers they may end up preferable.

This is crazy situation if you’re aware of the industry, because PayPal was introduced to using technology to outperform traditional banks, who have been really failing customers in terms of international remittance.

Thankfully, there are many competitors of PayPal that are offering cheaper exchange rates, of which Transferwise is one of them.

But are they better overall? Alternatively, it may also be valuable analyzing Currencyfair versus Transferwise, as they’re more similar in their purpose.

Transferwise is a London-based company that was founded in 2011. In the past couple of years, Transferwise has exponentially grown its user base and total transfers. They’ve gotten to a stage of offering over 750 currency routes, in which customers can have multi-currency accounts that can even be spent using a physical, single “borderless” card.

The price that this convenience costs you? You trade at the interbank rate, plus a 0.5% fee.

Remarkably cheap, and impressively transparent. They are upfront about the price of the service, and you will never encounter hidden fees and such. Additionally, you can still benefit from this price with even tiny borderless card purchases/ATM withdrawals abroad.

Overall, you would opt for PayPal if you were wanting to transfer within the same currency and/or wish to have the wallet for payment methods for online stores.

Additionally, if you’re an online business with a store, you may opt for PayPal to accept payments, and you may even find the PayPal invoicing feature so convenient that you opt for this with even international invoices.

However, this doesn’t mean you would want to delete your Transferwise account. Both could be used in conjunction with each other.

Ultimately, you would opt for Transferwise for many scenarios, such as straight-forward international money transfers. If you’re an expat, then Transferwise is perfect. Your e-wallet will have a multi-currency account, and your free debit card can be used anywhere.

So in summary, there are some useful business applications in PayPal, as well as secure payment options.

But in general, the low cost of Transferwise will find yourself seeking any reason to use it instead of PayPal.

It is however important to stress that Transferwise is cheaper than PayPal, and not necessarily the cheapest on the market.

There are many other transfer companies that are giving it a run for its money, and will certainly offer better deals on large transfers.

According to NFIB The Voice Of Small Businesses, small businesses in the U.S. currently pay over $4,000 annually to the postal service. This number … END_OF_DOCUMENT_TOKEN_TO_BE_REPLACED

With this New Year, many people plan on making healthy resolutions that might include getting on top of their finances. Bygone are the days when you … END_OF_DOCUMENT_TOKEN_TO_BE_REPLACED

Startups cost money. Every day, there’s a new expenditure that wasn’t in the blueprints. From IT communications equipment and software licenses to the … END_OF_DOCUMENT_TOKEN_TO_BE_REPLACED