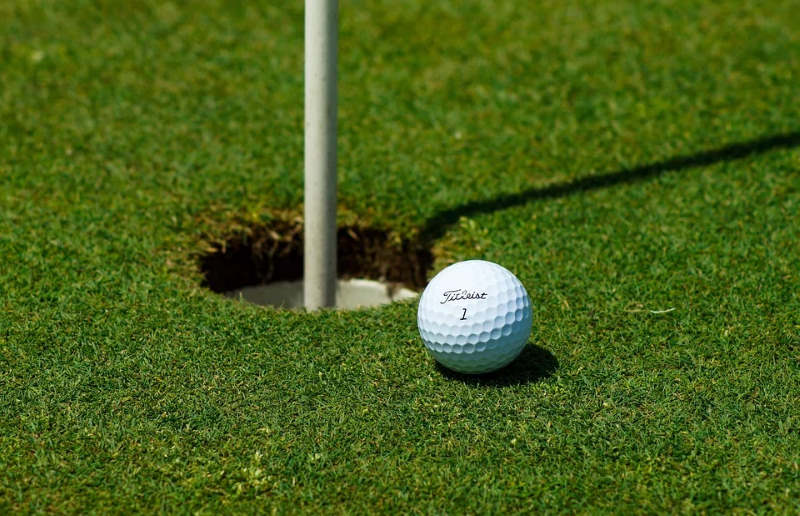 Back in 2006, two college buddies had no idea that their summer job would one day become the biggest retailer of used golf clubs in Canada.

From a small two-man operation out of their parents’ basement, the company has grown into an international endeavor with a team of more than 30 employees.

Opening up shop at 18 years old, the two entrepreneurs were able to sell 500 aftermarket clubs during that first summer. Turning a sizeable profit, they decided to keep the shop alive after their first summer.

They were eventually able to strike a deal with a major local retailer giving them access to an immense source of pre-owned golf clubs. The two partners had enough stock for a good while, but they still had to figure out a way to keep the inventory relevant and up to date.

This is when they decided to reach out to one of their web-programmer friends to create a trade-in platform. Named Golf 99, this platform aims to serve as a database of prices and values for used golf clubs.

The new platform allowed Golf Avenue to maintain a good rotation in its inventory, keeping it fresh and full at all times. But an even greater upside came out of the platform.

Retail golf stores across Canada were able to access the Golf 99 database as well. This allowed the stores to offer store credits to the customers looking to trade-in their old clubs. In turn, the retail stores eventually send their customers’ clubs to Golf Avenue completing an elaborate trade-in cycle.

After years of growing their brand, the two-man team was eventually able to create the Golf Avenue website, leaving aside the eBay transactions. Switching their focus to their selling platform, the owners were now independent of any third party seller and were able to have even more control over their merchandise.

With the constant growth of the Golf Avenue brand, the operation had to grow beyond the two original partners. They surrounded themselves with lifelong golf enthusiasts who also had the desire to spread the popularity of the sport.

The now expanded Golf Avenue squad still strives for the same goal as the original owners did. Growing the sport as much as possible while opening it up to as many as possible.

Ways away from the parental basement, the operation is now split in two, the warehouse and office divisions. As the names suggest, the warehouse crew takes care of all matters relating to the handling of products, whether it’d be shipping, receiving, cleaning or listing the clubs. The office team oversees anything relating to IT, customer service, marketing, and administrative matters.

After years of working on their original idea, the founders were able to turn their attention to new projects.

More recently, another branch has grown out of the great Golf Avenue tree. Cycling Avenue a used bike retailer, was launched in 2019, once again looking to serve a part of the market looking for top-end products at an affordable price point.

Much like its big brother company, Cycling Avenue works on a circular economy model. They acquire used bikes, they then meticulously inspect them before listing them on their website for sale. It is still very early in the life cycle of the company, but it is off to a fantastic start and will look to turn this early success into long term prosperity.

After helping to grow the game they love, as well as filling bellies across North America, the two founders looked for ways to help even more people. They figured the best way to do so was through helping the youth.

In partnership with Golf Quebec, Golf Avenue got involved in the Golf in School program in 2014. A program in which the company provided five high school students in five different schools with a golf set of their own. Once again remaining true to the company’s goal of growing the sport.

Golf Avenue was also involved in the “From School to the Golf Club” fundraiser as the official supplier and supporter. They donated part of the profit from one of their promotions to the fundraiser.

Oatbox’s involvement with the youth is even more essential as it promotes healthy lifestyle habits. Working with the Breakfast Club of Canada, the foodservice provides a complete breakfast to a student in need anytime a subscription is purchased.

Finally, 2020 will mark another big year for the Golf Avenue family. They’ll once again look to reach even more people across the globe while growing the beautiful sport that is golf. They’ll also look to strengthen their place in the subscription-based food market with the continued growth of Oatbox. There’s also no doubt that their biggest challenge will be looking to take the burgeoning Cycling Avenue name to the forefront of the used bike market.

The outspread of Covid-19 has proven problematic for businesses worldwide. Many had to shut down operations because of prevailing losses, while others … END_OF_DOCUMENT_TOKEN_TO_BE_REPLACED

Getting a promotion or gaining extra qualifications should increase your earning power, so why does your budget seem to take a hit every time you take … END_OF_DOCUMENT_TOKEN_TO_BE_REPLACED

Access to capital is a big problem that entrepreneurs face when starting their business. Although there are other issues involved when launching a … END_OF_DOCUMENT_TOKEN_TO_BE_REPLACED