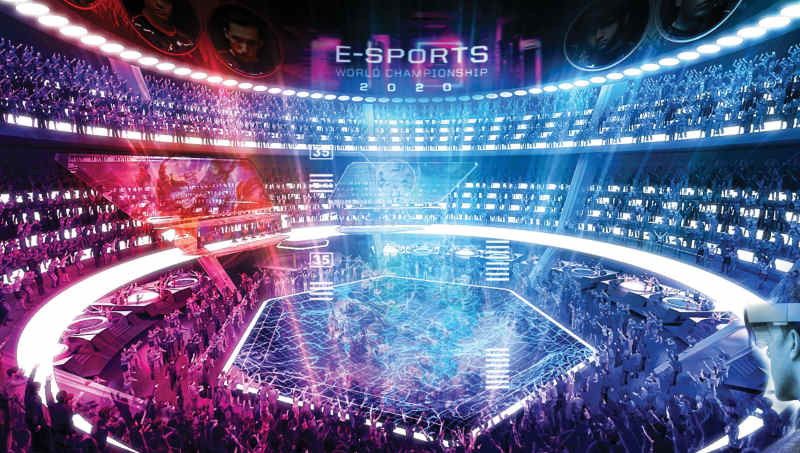 If you want an idea as to how much entertainment has changed in the last decade, look no further than esports.

Essentially watching other people play video games online and in live settings, esports has grown from a barely understood word to a billion-dollar industry.

Fans love watching professional gamers play titles like League of Legends, DOTA 2, and Overwatch and, as a result, prize money for tournaments is in the millions.

Teams compete against one another in stadiums all over the world, with these matches streamed live on platforms like Twitch and YouTube.

For players to become pro and earn the big bucks, they’ll obviously need the backing of someone to support their team for competitions.

If you’re looking to invest money into something new, prosperous, and exciting, it doesn’t get much better than an esports team.

If you need more reasons as to why you should invest, just consider the following:

If your team gets big enough, there are plenty of sponsorship opportunities to snap up.

While it might start out with local businesses wanting a logo on the team shirt, sponsorships can grow into something much more.

Team Liquid, FaZe Clan, and Cloud 9 – some of the biggest esports teams in the world, regularly competing on the big stage and traveling the world – are sponsored with computers, gaming keyboards, mice, and headsets from large manufacturers.

Believe it or not, the top tier esports teams sell their own merchandise, like t-shirts, hoodies, posters, mugs, and so much more.

Not all kids grow up idolizing LeBron James or Tom Brady, but their favorite esports gamers instead!

If you set up an ecommerce store and pick up a template that suits you, there’s every chance that fans will want to support your team by getting their hands on some merchandise.

It might be a bit slow to pick up at first, but the more exposure your team gets, the more followers they’ll receive!

Make sure you know how to do ecommerce the right way before setting this up.

Depending on the game played at a tournament and what place your team finishes, esports earnings can be pretty hefty.

There are also esports leagues, not unlike the NBA or NFL, that share the revenue generated by the teams and players.

Of course, the biggest way to earn money is by winning the big competitions, but players can also earn money from Twitch and YouTube subscriptions.

An esports team will need equipment and money to travel and compete in tournaments, but if the team you fund is successful, you’re looking at an investment that is sure to pay off well beyond 2019.