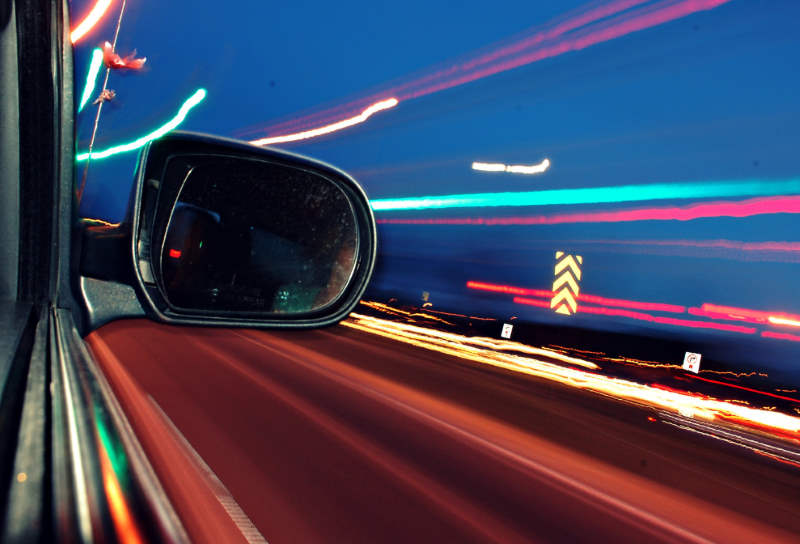 Put an otherwise rational human being behind the wheel of a motor vehicle and some very strange things can happen.

Across the board, most of us humans think we’re far better drivers than we actually are.

We have inherent biases, we assume we’re great at multitasking, and we feel like being in a vehicle makes us safer than we are – and we all act accordingly.

We’re blind to our own mistakes (choosing to blame other drivers or poor road conditions) and we overestimate our own reaction speeds and abilities.

These are just a few of the psychological weaknesses and quirks of driver behavior which can make us a danger to ourselves and to others.

Here we take a look at the fascinating field of traffic psychology, and some of the ways engineers and designers try to build roads that make us safer – despite ourselves!

Think you’re a great driver? Virtually everyone does – and we can’t all be right, now can we?

In psychology, this is a cognitive bias referred to as ‘illusory superiority’ – and it might simply stem from the fact that because many of spend a lot of time driving, we consider ourselves more experienced than everyone else around us.

And despite how we might rate our own skills, the evidence that robots should be taking the wheel rather than us is steadily mounting. Here are some of the reasons why:

We dehumanize other drivers

Similarly to how we might behave differently in an online chat room than we would face to face, being ‘separated’ from other drivers by our vehicle makes us more prone to aggression.

This is even worse when we’re in the car alone, when we’re even more likely to drive aggressively or take unnecessary risks.

Interestingly, owners of more expensive and newer cars are even more likely to cut off other motorists, and less likely to stop for pedestrians.

We’re not good at judging speed or braking distance

As a species, we’ve only been driving – or traveling at speeds anywhere near what we do now – for a few decades.

We certainly haven’t had any time at all to develop faster reaction speeds, and this is one of the reasons so many people will say, “They just came out of nowhere!” after an accident. By the time you saw the problem, it was already way too late to react.

The safer our cars get, the worse we drive

From seatbelts to ABS brakes to side impact bars and airbags, our cars get safer every year.

Unfortunately, the same cannot be said for our behavior.

Designing roads that are safer for drivers

It goes without saying that a road covered in potholes doesn’t exactly provide the safest driving conditions.

As we’ve discovered above, humans are prone to lapses in concentration, and suddenly swerving to avoid a pothole is an excellent way to cause an accident.

From self-healing asphalt to concrete with built-in bacteria which help to repair cracks by producing calcium carbonate, there are several promising solutions which scientists are currently exploring to end the scourge of potholes.

For areas with unpaved gravel roads, soft soils like clay or peat can pose a particular problem in designing roads that will remain resilient even in extremely poor weather conditions.

In such areas, geocell gravel road solutions often prove to deliver the best results – with the added bonus of extra environmental sustainability and improved affordability thrown in.

No, we’re not talking about making frequent drivers replace meals with some soothing chamomile tea, but the method of reducing the number of lanes on a stretch of road so some of the pavement can be used for purposes other than carrying cars.

And while it might sound counterintuitive, having fewer lanes for cars to travel on doesn’t actually reduce the number of people who can move along a roadway.

What it does do is provably reduce the number of collisions and make it harder to exceed the speed limit, all while also allowing cyclists, pedestrians and other forms of public transport to make use of the existing infrastructure – and it’s cheap.

It’s human nature to want to get where we’re headed as fast as possible – and sometimes for our own good, putting physical barriers in our path to prevent us from traveling at unsafe speeds is necessary.

Rumble strips, speed humps and roundabouts might be the most familiar form, but there are many other ways to achieve a similar traffic calming effect.

Some of these include changing parallel parking bays to diagonal ones, replacing one-ways with two-way streets, or even widening sidewalks or islands so there’s more room for pedestrians.