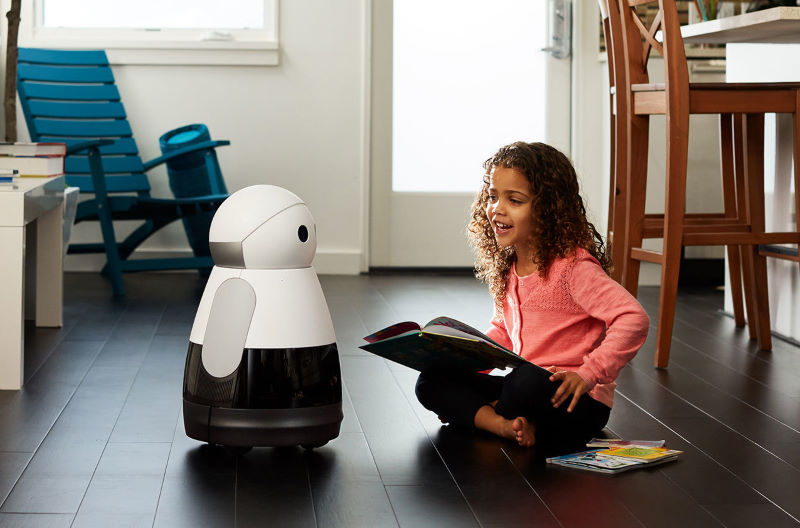 We have had a robot in our homes but typically as toys or for entertainment.

However, with the growth of smart homes, the demand for consumer robots has grown tremendously.

Consumer robots are responsible for managing and performing household tasks and providing an emotional connection.

ABI Research predicts that, by 2024, the demand for consumer robotics shipments will hit 39 million marks annually.

Additionally, 79 million homes globally will have robots by 2024.

Smart home robots such as Foldimate and Roomba vacuum cleaners are already a darling to many.

Robotics vacuums and other cleaning robots continue to dominate the market.

We also have robots that can detect intrusion using sensors and cameras.

But that is not all. There is a robot arm that acts as a chef, doing anything from chopping veggies to clean up.

The home robotics market is divided into two segments.

First, we have home care robots. Typically, this consumer robotics do specific chore around the home.

Then we have personal or social robots which act as companion robots.

This means that they can interact or respond to individuals at home. The important point is that they both play a role in integrated home setting.

There is still a challenge in consumer robotics adoption.

However, smart home and personal/social care robots adoption is poised to receive an uptrend boost thanks to voice control functionality.

Here is the interesting bit.

Home robotics and smart home function are set to merge with voice control support as the central integration point.

Since the launch of Amazon Echo in 2014, voice control has been a driving factor of smart home adoption.

Voice recognition and artificial intelligence are the main smart home integrations that are likely to boost personal/social robots demand.

For instance, we have wireless security cameras and other smart home functionality being integrated into robot vacuum cleaners.

Some of the leading companies in social robot advancements are Google and amazon.

Amazon’s Alexia and Google assistant platforms boast of Artificial intelligence and Voice recognition capabilities which are at the center of robotics functionalities.

Artificial intelligence boosts the capabilities of the robots and makes them smarter, enabling them to be integrated with other smart devices in homes.

Some devices such as Google Home and Echo support cameras and screens.

They provide suitable resources that support facial and voice recognition. These features will enhance user interaction with the devices.

The next transition will be device mobility and articulation.

This means that these smart speakers will evolve to personal/social robots that are mobile and can face the user.

Although some consumers are still reluctant about having a mobile robot in homes, some robotic capabilities can prove to be very useful in specific applications.

The good news is that robots vendors are increasingly appreciating the value of integrating their devices into smart home functionality.

According to Tricta, consumer robotics sales reached $5.6 billion in 2018.

Home care robotics relieve off homeowners from tasks that are repetitive and time-consuming.

Social robotics, on the other hand, has potential to interact with individual in the home settings.

Interest in consumer is continuously growing as companies continue to introduce new products and innovations.

We now have a robot that can sense the environment by using high-resolution cameras.

These Robots can provide security surveillance better than a fixed camera.