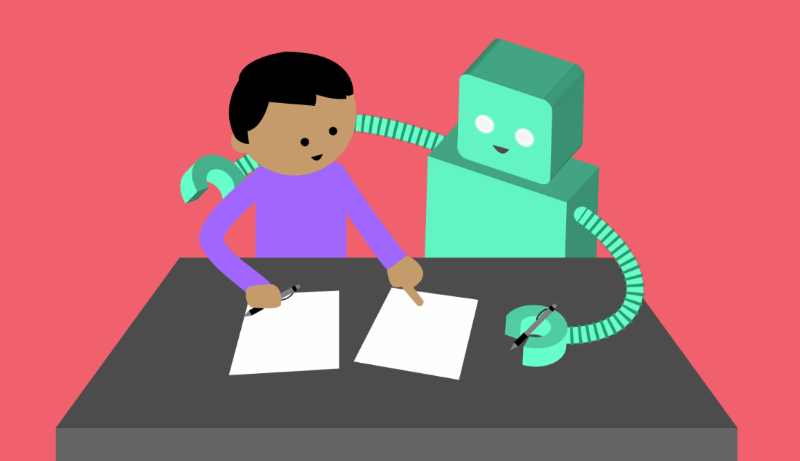 Could artificial intelligence (AI) be the future of textbooks?

Recently, an academic book publisher in the United Kingdom named Springer Nature published what many are calling the first textbook that was generated through AI.

The textbook is called “Lithium-Ion Batteries: A Machine-Generated Summary of Current Research,” and it summarizes various research papers that were previously published on the subject of lithium-ion batteries. It also includes the following:

Why This Textbook Matters

While the book’s subject matter likely will not excite too many readers, what should excite everyone interested in textbooks is how it was created.

Henning Schoenenberger, who is the director of product data and metadata at Springer Nature, believes that books like this could one day lead to what he calls “a new era in scientific publishing” by automating a lot of the time-consuming and tedious tasks necessary to create a textbook.

According to Schoenenberger, in the past 3 years, well in excess of 50,000 research papers have been published on the subject of lithium-ion batteries.

This makes it very difficult for people in the field to keep up-to-date about the latest advances in the technology. But having AI summarize all these papers in one textbook can change this.

Schoenenberger says that these types of AI-generated textbooks serve two useful purposes. First, they can help researchers digest large amounts of information that they would not be able to do themselves.

But these books can also direct these same people to any actual sources they encounter that might interest them.

In a very short period of time, AI has come a long way in terms of being able to generate coherent written texts.

But the technology at the moment is still fairly limited. For example, the technology cannot yet generate quality fiction or poetry out of thin air. It can only make certain changes to these types of work to improve their readability.

But the current state of AI is more than sufficient when it comes to producing works such as the textbook Springer Nature published.

These are tasks that do not require human creativity. They require only automation, making them perfect tasks for a computer.

Ross Goodwin, who is a noted technologist, wrote the introduction to the AI-generated textbook. He compared the use of AI in the writing process as being similar to how a pianist using a piano.

The piano does not replace the musician. It simply helps this person create music.

In the same way, AI will never replace writers. It is simply a tool to help them, much like pens and typewriters once were.

Why Some People Are Not Impressed with the Book

Not everyone is a big fan of the AI-generated textbook. Jeff Bigham, who is an associate professor at the Human-Computer Interaction Institute of Carnegie Mellon University, was not terribly impressed by the book.

He said that it was not difficult to take quality research papers as input and produce summaries from them that, at first blush, look coherent.

What is far more difficult, he said, would be to create something that maintains this coherency throughout the work, which would make it something that an actual human being would find interesting and valuable to read.

Bigham certainly has a point. When reading through the AI-generated textbook, it is easy to find instances in which the writing is stilted at best and sometimes incomprehensible.

Sentences at times become garbled, making them incoherent. Take, for example, this sentence from the book:

That might consequence in substantially high emphasizes and henceforth cracking or delamination.

You might need AI just to make sense of that sentence.

So, while Springer Nature should be lauded for their efforts, people probably should not expect AI-generated books to replace the real things anytime soon.

But, as they say, you have to crawl before you can walk, and this book can be looked upon as the first step in that process.

The outspread of Covid-19 has proven problematic for businesses worldwide. Many had to shut down operations because of prevailing losses, while others … END_OF_DOCUMENT_TOKEN_TO_BE_REPLACED

Getting a promotion or gaining extra qualifications should increase your earning power, so why does your budget seem to take a hit every time you take … END_OF_DOCUMENT_TOKEN_TO_BE_REPLACED

Access to capital is a big problem that entrepreneurs face when starting their business. Although there are other issues involved when launching a … END_OF_DOCUMENT_TOKEN_TO_BE_REPLACED