Home / Blog / Everything to know about Direct Marketing today 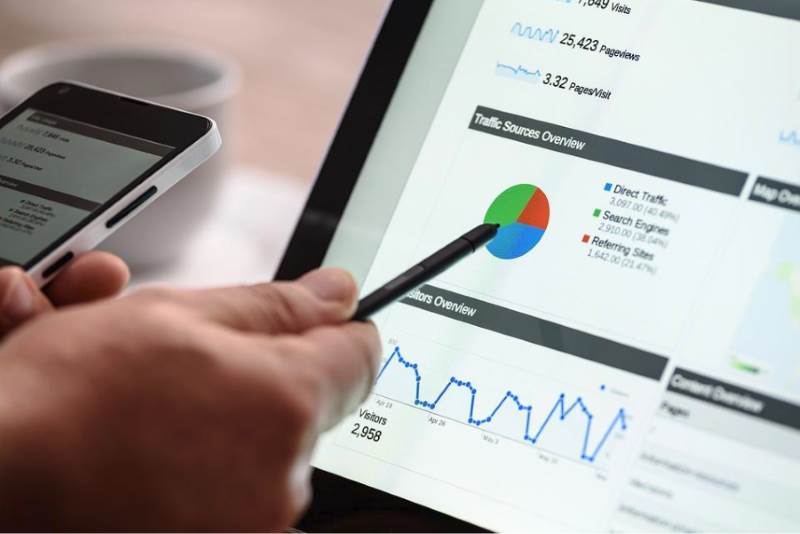 Some people tend to think that direct marketing in its traditional form is gone, but we do not agree with such a statement.

Sending direct letters, postcards and catalogs to your clients can still work very well. All you need to do is to make use of them correctly.

What is direct marketing?

What comes first to mind when you hear: direct marketing? Most people associate it with intrusive salespeople, disturbing home peace in the least appropriate moments.

This is not a good match, because face-to-face sales are only a small part of this concept. And it all began at the end of the nineteenth century when the American company Sears released the first mailing catalog. The offer was directed mainly to farmers who lived in remote rural areas who rarely visited in larger cities, where brand stores were located.

In this way, Sears opened a new direct distribution channel – direct marketing. They did not wait for the customer to appear in the shopping outlet or read the advertisement in the newspaper – he first approached it and allowed sending feedback, i.e., the order.

Since the nineteenth century, direct marketing has undergone a long evolution. As already mentioned, it was first an innovative distribution channel designed for those who did not have the opportunity to visit the company’s store.

Later, it began to be treated as a form of promotion – personal product presentations were used, and consumers started calling the telemarketers to buy. And finally, the idea of ​​conceiving direct marketing as a whole concept of the company’s operation appeared.

What is this all about?

The personalization of the message was a great problem for marketers for decades. Directing the message to a mass recipient – a shapeless, statistical citizen – has its advantages, but sometimes does not work out.

Besides, when addressing the advertisement to the individual, there is a higher chance of success. The problem is that you need to have information about it – and this is not only about basic sociodemographic data, but also about the habits, preferences, and behaviors of the individual.

Before the Internet was created, such deep insight was practically impossible. Companies using direct marketing (mail, telephone) could only know the address, gender, and age of the recipient.

Sometimes, it was also possible to get information about annual income. And when people began to use the Internet en masse, business (and consequently direct marketing) received two valuable assets: firstly, a new marketing communication channel, and secondly – a rich source of data on potential and current customers. However, one thing has not changed- direct mail postcards are still one of the best forms of direct marketing and applying them into your campaign will be beneficial.

Direct marketing thus began to mean the maximum personalization of the message, which contributes to building a relationship with the client. It’s a complicated relationship – on the one hand, the company learns the consumer’s needs and preferences, and on the other hand, it influences it, awakening its needs and motivating it to buy. Such a direct marketing strategy can lead to a satisfactory increase in sales.

This is due to the value of the relationship being built – a loyal customer who feels that the company cares for him is priceless. In addition, it is worth asking – is it better to put a fortune into an advertisement targeted at millions of anonymous recipients, or can it focus on a smaller number of personalized messages that take into account the needs, preferences, and habits of each individual consumer?

The answer, of course, depends on the profile of the company, but in reality, in many cases, it may turn out that such an individual approach of direct marketing will translate into tangible benefits

Make the best use of digital marketing today.

This is a key issue because mindlessly sending ads the traditional and e-mail addresses contained in the database are not direct marketing in the modern sense. It’s just spam that will not bring much benefit.

However, if you know how to target your potential client appropriately, using direct mail postcards will help your company grow and achieve spectacular success.

Companies can use direct marketing in its modern form to varying degrees. It happens that it is the basis of its functioning – such a business is entirely based on direct and individualized relations with clients, and the regularly updated database is the most essential tool for action.

This model is often found in the case of enterprises offering luxury goods – for example, jewelry for wealthy or private banking. In the latter case, the so-called concierge, i.e., a personal adviser and customer assistant.

You can also distinguish activities in which direct marketing is only one of the elements of promotion – appearing to specific products/services or used ad hoc in individual marketing campaigns.

Establishing and developing your online business is not a simple process. It would be best if you had a good idea in mind, and you’ll need a strategy … END_OF_DOCUMENT_TOKEN_TO_BE_REPLACED

Many healthcare professionals are looking for certified, qualified, and trusted medical billing agencies to get medical credentialing services. When … END_OF_DOCUMENT_TOKEN_TO_BE_REPLACED

Many people are skeptical about entering into the real estate industry. Real estate businesses can produce more wealth than many other companies. It … END_OF_DOCUMENT_TOKEN_TO_BE_REPLACED